He may be not known to all by his real name Wim Hof, but his nickname is more popular than his original one. He is called ‘The Iceman’ for his feats in various cold surroundings and has twenty Guinness records to prove it. He is capable of surviving on Subzero Conditions or in the extreme desert heat.

He can run across the hot Namib Desert without pausing a minute to drink water. To reiterate his defiance to Mother Nature, he ran a marathon on the icy glacier of Arctic Circle and that too on barefoot!

A Dutch by nationality, Wim Hof is an athlete. He was born on 20 April 1959 and has completed 61 years of age. He stands tall at 6 feet and 2 inches and possesses a superpower with which he can withstand any temperature, hot or cold, due to his ability to control his mind. The only way to emulate Wim Hoff is to make an effort that should be twice what you normally can!

He owes his success to the three pillars of breathing and the diet plan devised on his own. Wim Hof is 100% Vegan. He has never indulged in Non- vegetarian foods over the past forty years, and he advocates his plan to his followers. 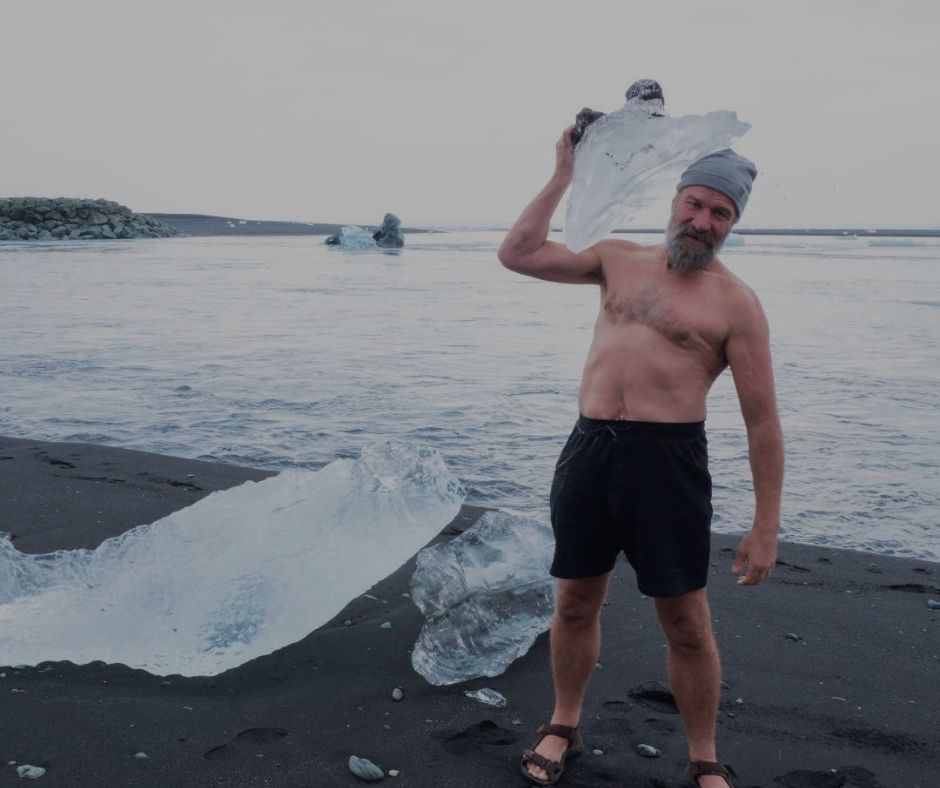 Wim Hof eats only once a day and when the clock strikes 6 pm. The meal would mostly consist of pasta and a vegetable soup.

During the day, he has normal fresh fruits along with nuts. It is noteworthy to mention that he occasionally indulges himself in some beer after his only meal at 6 pm. The meal that follows is a low-calorie one.

Win Hof was not a born vegan but stopped eating non-vegetarian since he was 20 years old. Since then, he has been on a the full-meal-a-day diet. He does indulge in snacks or eats a few nuts when he feels like it. His fasting, at times, goes on for 16 hours a day.

Apart from that, he never misses his exercise regime that is an everyday routine and equally important as his meal plan.

From the table above, Wim has a meal the previous evening and indulges in light snacks, nuts, tea, etc., after fasting for 16 hours.

On fasting for such long hours, he feels that the brown fat, otherwise known as excess fat can be done away with.

The Food He Eats 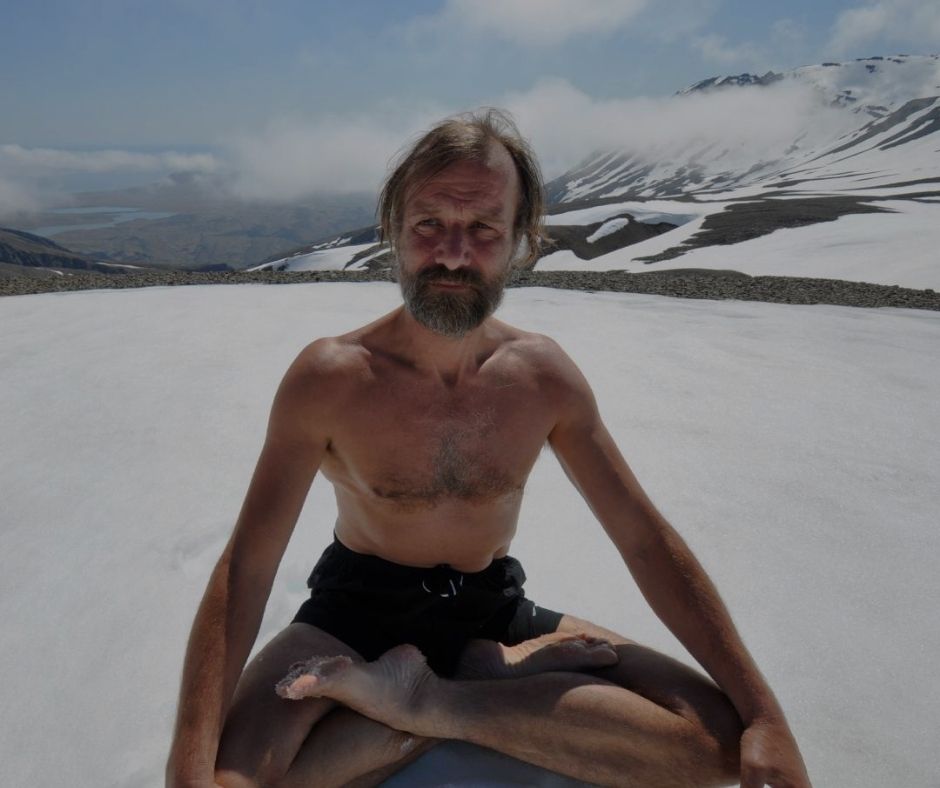 His nutrition chart that reflects his macros has low protein, low to medium fat, and quite high in carbs. Here are the food items that Wim Hof thinks are essential to obtain the super fitness and mental strength that he possesses with the title Iceman.

What Foods He Avoids

Wim Hoff rejects meat, eggs, and any food which had sugar. His nutrition chart that reflects his macros has low protein, low to medium fat, and quite high in carbs.

Since it is a strict diet chart his meal plan would consist of only healthy eating.

Go through the list below, you will learn what he avoids eating.

The desire to have a good physique requires two plans. One is the diet plan, and the other is the workout plan. Both are followed by Wim Hof strictly.

As per Wim, only good, fresh, clean foods help our diet, and processed food spoils it. A healthy body requires a good nutrition plan and a diet chart to be followed. By doing so, Wim believes that his fitness routine can be practiced easily.

Wim Hof does not believe in consuming supplements as he prohibits the intake of processed foods as these are found to have chemicals in them. Although he consumes a beer, it is just an occasional habit and not a part of the diet. He advocates three principles that spoil a diet. They are

Wim Hof’s diet cannot get simpler. All the foods he prescribes are not at all difficult to procure from the supermarket. His success in maintaining his diet and intermittent fasting allows him to control his mind, thereby leading to physical super endurance.

Equal attention should be paid to the foods he avoids since they also play an important role in letting him achieve super-human tasks. The dedication does go hand in hand with his motivation to succeed, thus assuring us of a well-planned and balanced nutritional plan.

He does not trust supplements or modern quick fixes to develop the physical frame. Instead, he leans towards a superior fitness program to lend him his strength which earned him the title the Iceman.