Have you ever watched athletes running, be it on television or in person? Sprinters are known for having impressive physiques.

A sprinter’s body fat percentage is very low. Instead, they have bulky muscles. They are known for having ripped and chiseled bodies. For them, it is a must to shed the excess fat off because carrying the excess fat can negatively impact the speed of the sprinter.

However, before we stray further into the discussion as to why sprinters are muscular, we need to understand the difference between a sprinter and a marathon runner.

A sprinter is one who runs for a short distance. On the other hand, a marathon runner engages in long-distance running.

The key difference lies in the kind of training that they indulge in. Apart from that, there are other factors like genetics and diet which help in determining the kind of physique that a sprinter will acquire.

The physique of a sprinter is different from that of a marathon runner.

This article will give you a thorough insight into why sprinters have muscular bodies.

Why are sprinters so muscular? 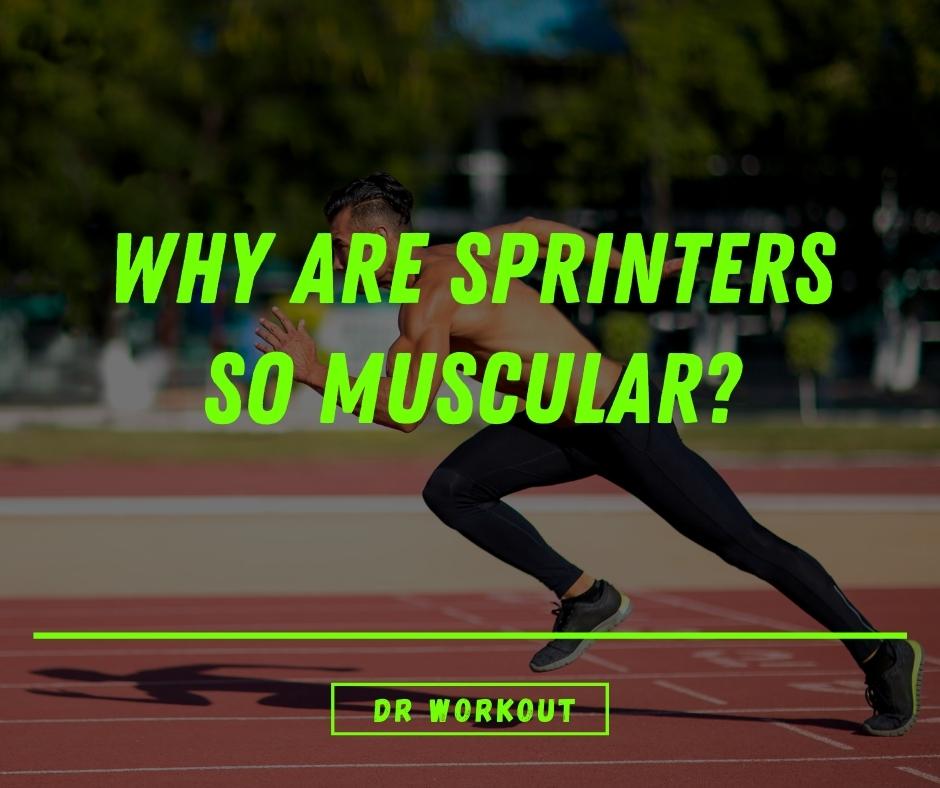 The stress of running at top speed within a short time puts these fast-twitch muscles to undergo tremendous stress and thereby causes their size to grow. It is due to this reason that sprinters appear extremely muscular.

To maintain a sprinter’s build, he has to consume a balanced diet, and perform training that involves both cardio and strength training.

Sprinters are those who cover distances like a hundred meters, or four hundred meters. Sprinters should have more muscles because they barely have the time to derive energy reserves from the body.

For instance, if a sprinter covers a hundred meters in 11 seconds, the oxygen that he is inhaling during that period will not be able to reach the muscles within such a short duration. Therefore, the muscles should have adequate energy to function normally without requiring oxygen, for a short period of time.

High-intensity training is helpful for sprinters as it helps them to retain their shape. 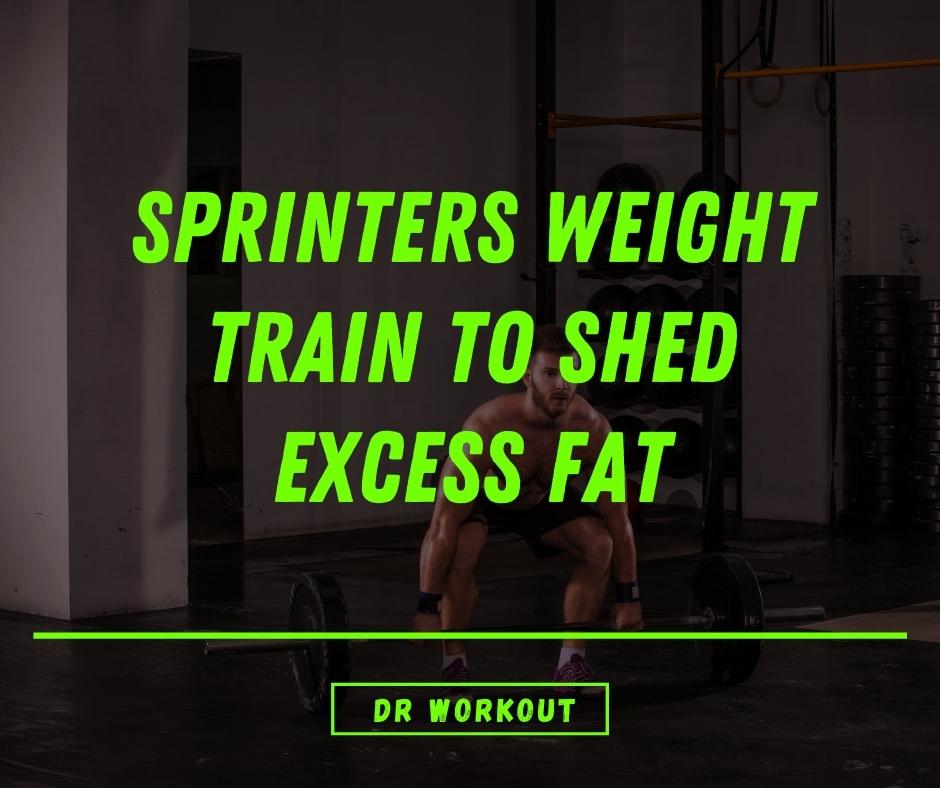 If you are a sprinter, it is of the utmost importance to indulge in weight training. Weight training helps sprinters to build explosive power and also get rid of fat.

As a sprinter, what kind of training do you expect to indulge in? Well, there are many.

You will come across several variations of Olympic lifts and power lifts. Apart from that, sprinters also perform clean and jerks, snatches, hang cleans, high pulls, pull-ups, overhead presses, and so on, which are considered as an essential part of their workout regime.

Although sprinters are not trained to take part in weightlifting events, these lifts help the sprinters to acquire the desired strength.

If you understand the most important muscles that affect your performance in sprinting, it will be easier for both the athlete as well as the coach to devise the training in such a manner that the muscle group can be perfectly targeted and benefitted.

Studies have shown that it is the hamstrings, hip flexors, hip extensors, and knee flexors that require the most attention in a sprinter’s training. 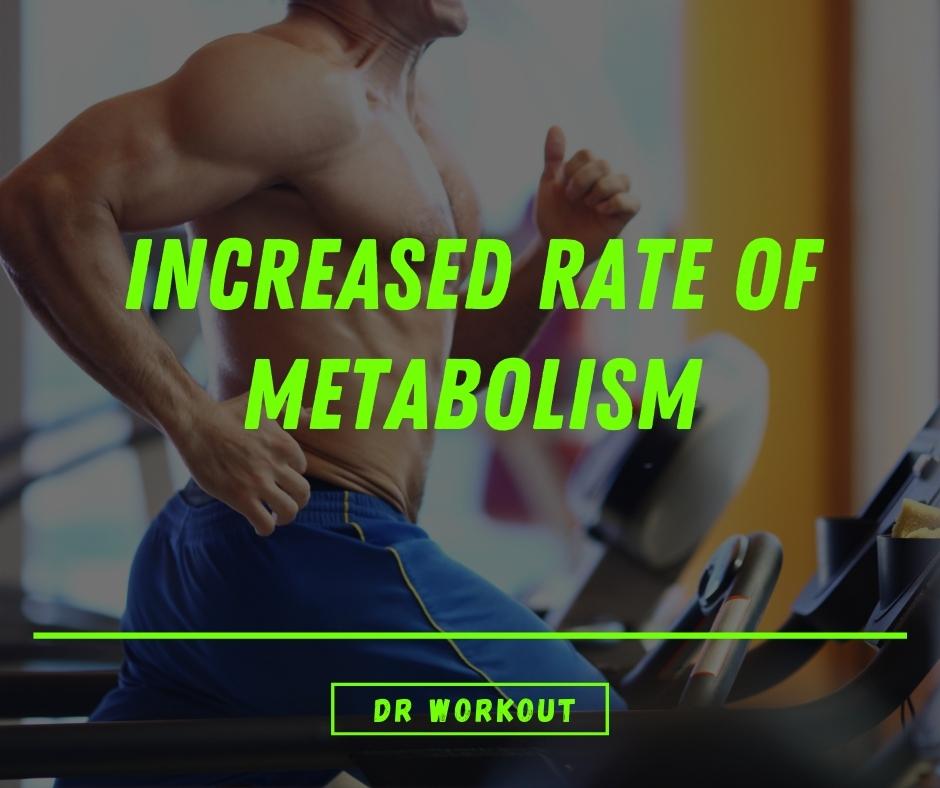 As a sprinter, when you are on the running track, you may not be able to retain the optimum speed for a long time. Nevertheless, sprinting has an immense impact on the metabolism of the sprinter; much more than other steady cardio exercises like jogging.

Sprinting distances may not be very far. Nevertheless, sprinting leads to a significant loss of fat.

The more intensely you indulge in cardio, the more will be the rate of metabolism. Studies have shown that sprinting is one of the most intense forms of cardio. Therefore, a sprinter continues to reap the benefits, even when he is not on the field.

Diet of the sprinter has an important role to play

For any athlete, diet plays an important role. Working out solely cannot do what exercise coupled with a proper, balanced diet can do. Sprinters consume a diet that is rich in protein. An average of 60% of the calories in a sprinter’s diet is derived from protein.

A sprinter’s meal consists of protein sources, while also keeping in mind that the food items should not consist of fat.

Some such common sources of food are lean beef, chicken breast, fish, etc. Healthy sprinters aim for attaining 1 gram of protein for every pound of body weight.

Sprinting does not continue for long- it is an activity that continues for a short duration. Therefore, you do not require carbohydrates that will serve as fuel and propel your performance.

Muscular arms help them speed up while sprinting 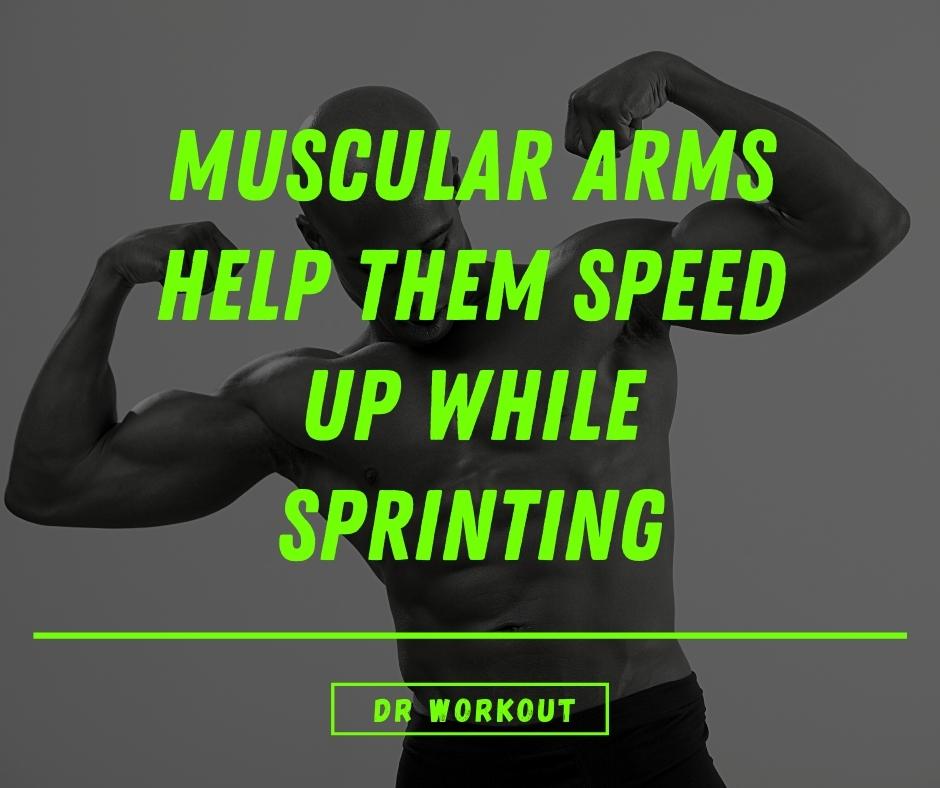 If you have seen enough sports, by now you must have developed an idea about the kind of physique that sprinters have. Sprinters are known for having muscular arms.

If you are wondering why sprinters have muscular arms, it is because the arms will help them to speed up as they sprint. Having heavy and muscular arms helps to increase the force that has to be applied by the legs to push the body forward.

For sprinters, the arms provide stability to the torso. This stabilization helps the power to be transferred through the body’s center of mass. The legs and the hips provide a driving force that the arms have to oppose. Therefore, it is the muscles in the arm that help in generating that force. 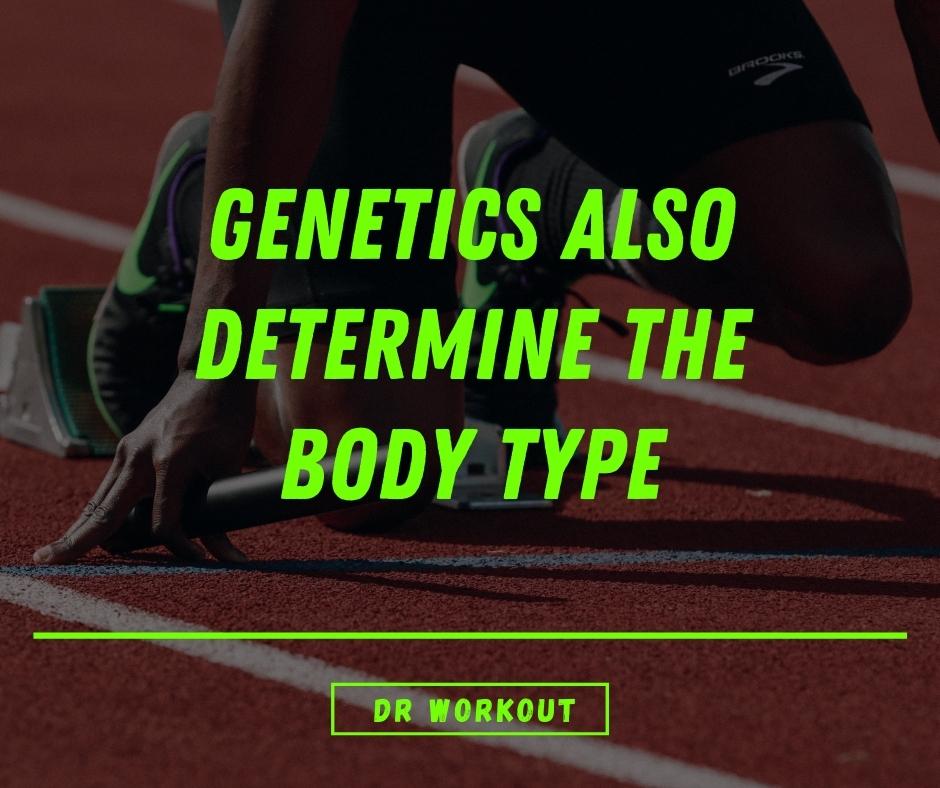 Professional athletes get into a certain kind of sport due to their genetic predisposition. Have you ever wondered why swimmers have big palms, long arms, and are tall? It is not because of the prolonged exposure to training, but due to his genetics.

Sometimes, athletes end up in a certain kind of sport due to the constitution of their body. They are better at performing them as compared to their peers. Therefore, no matter how hard you train, your genes will always have a major role to play.

Therefore, it can be concluded that building muscles through running is a reasonable thing, given that all the activities are carried out under the right circumstances.

Based on the type of running you perform, your muscles can get either bulkier or leaner. If you wish to have toned and shaped body muscles, you need to opt for sprinting, that is, running short distances in little time.

After a runner sprint-trains for a given period of time, his muscular structure is not likely to alter unless his body experiences some kind of overload.

Are you overwhelmed by the jacked body that sprinters have? This article has given you enough insight to get started with working on your physique so that you, too, can have carved out muscles. So, when are you setting out to run?