In most cases, gyms are already intimidating, to those who aren’t regulars or are perhaps first-timers, in the first place. It’s a shared space bringing in numerous people, each with a specific goal.

Since we all are different which adds to our uniqueness, our body shapes also differ from person to person. However, despite being conscious of the fact that each person is different with different fitness goals it can still be intimidating to see a bodybuilder exercise right next to you, let us also add very noisily or they happen to be slamming and dropping the weights irregularly.

Not only does that scenario cause a disturbance to you but everyone else as well since most people consider their gym time as their time (unless of course, you want consultations from a fitness trainer). Wait, did you think people put in their headphones for only one purpose?

Also, as much as all of us are aware that each body is beautiful, some people still might not get the memo. Next thing you know you are being body shamed in a place where you are coming to build your body in the first place. So yes, you get the gist, such people can be very troublesome in a gym.

Therefore, this is where the lunk alarm system at Planet Fitness comes to your rescue.

Having as many as 2300 plus gyms in various locations and being one of the most prominent gyms in the United States, Planet Fitness is immensely popular for catering to every person’s fitness needs. It is a widely known fitness chain known to be very affordable with memberships starting at just 10$ a month whose motto is to relieve people like beginners or casual-gym goers from gym intimidation.

One of the most prominent if not most unique features of Planet Fitness is its lunk alarm.

So, let us learn what is precisely this lunk alarm and why is it administered in the first place.

What is the lunk alarm at Planet Fitness? 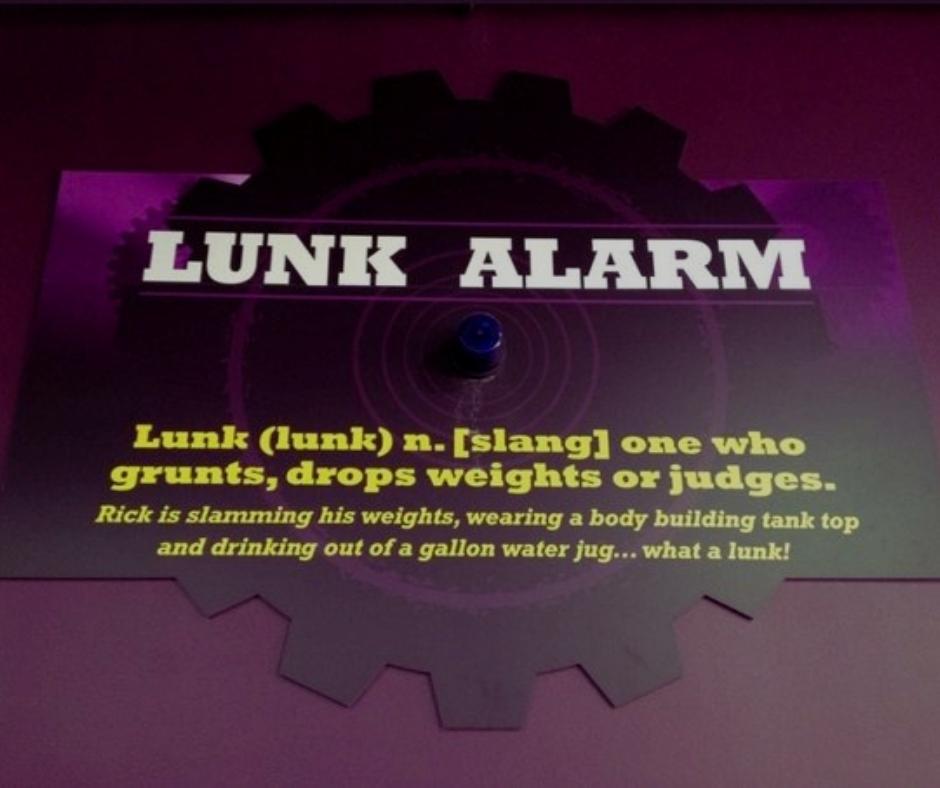 The lunk alarm at planet fitness is a loud siren that goes off when people make unnecessary noises like grunting while lifting weights or during any other exercise for that matter and dropping weights or any other gym equipment loudly on the surface which might interfere and disturb the otherwise peaceful atmosphere of the gym.

Planet Fitness, as stated earlier, wishes to promote a casual, easy-going atmosphere for all its members hence when any sort of disturbance, mentioned above, is detected by the people working there, they will likely ring the alarm to publicly bring the attention to all the people at the gym on you and you will also be asked to leave for causing such a disturbance.

So yes, the lunk alarm is based on publicly shaming those who do not follow the rules of Planet Fitness and cause disturbance and discomfort to others. Unwanted, unnecessary behavior is usually reprimanded in this manner at Planet Fitness.

Why does Planet Fitness have a lunk alarm?

Planet Fitness is a big fitness chain that offers very affordable membership, unlike other gyms. This itself attracts a lot more people than other gyms which are marketed towards a certain section of the community, having pricing which everyone cannot afford.

So it is obvious that such a wide gym chain also needs to have facilities to ensure that people do not face any displeasure while working out there and continue to enjoy coming to the gym.

The lunk alarm at Planet Fitness is imposed to ensure a continuous relaxed atmosphere enabling you to work out at your own pace, with the equipment you want without being judged or disturbed by anyone else. Planet Fitness calls themselves the “Judgement free zone” which the lunk alarm keeps in check.

So you can say that Planet Fitness not only ensures physical health but also emotional health. No one wants to be judged or body-shamed in a gym, let alone get disturbed by grunting or unwanted disruptive noises which break the peaceful atmosphere. You can go there knowing you won’t be interrupted.

What is considered a lunk at Planet Fitness?

Planet Fitness describes a lunk as anyone who grunts, drops weights, wears inappropriate clothing, and judges other people. They usually warn you for the first time but if you disobey and continue with your antics, then they will, unfortunately, ring the loud ear-splitting siren to bring everyone’s attention to you and ultimately kick you out of the facility.

At Planet Fitness, they put an end to the behavior which is otherwise dismissed in other gyms. At other gyms, it is you who will have to personally bring up the matter of your discomfort to the manager, but at Planet Fitness they keep a check at all times so that even if you aren’t actively involved, they will uproot the issue right from the very beginning.

The alarm is mostly targeted toward cocky weightlifters who make loud grunting noises to make everyone aware of their presence.

If the behavior continues even after repeated warnings, then the guilty one will be ultimately subjected to not being allowed at Planet Fitness.

What sets off the lunk alarm at Planet Fitness?

Any exaggerated noise created while exercising at Planet fitness such as grunting or dropping weights irregularly on the floor which causes loud disruptive noises will set off the siren or the lunk alarm at Planet Fitness.

However, whether the alarm will go off or not is completely subjective since it depends on the personal assessment of the people working there. If they think your behavior is not as per the rules of Planet Fitness, then they will ring the lunk alarm.

So do not be worried if you accidentally make some unwanted noise for even the employees understand that it can happen once in a blue moon. Just don’t make it a habit.

The lunk alarm at Planet Fitness, therefore, ensures a pleasant workout atmosphere for everyone. All they want is for you to follow the rules and you will never have to be subjected to the humiliation of the lunk alarm.

Despite facing quite a bit of criticism because it feeds off of people’s humiliation, Planet Fitness continues to have the lunk alarm at all of its branches.