Talk about Hollywood’s epic body transformations, the name of Tom Hardy would surely top the list. From sporting a lean and athletic physique in ‘Warrior’to bulking up to 190 pounds in ‘Dark Knight Rises’, his transformations have been both surprising and inspirational. The ease with which he transforms his physique for various roles dictates a lot about his sincerity and dedication towards his training program.

This celebrity training routine guide is going to be about Tom Hardy’s workout routine. It will elucidate about his exercise routine that can surely inspire you to hit the gym right away. Let’s proceed. 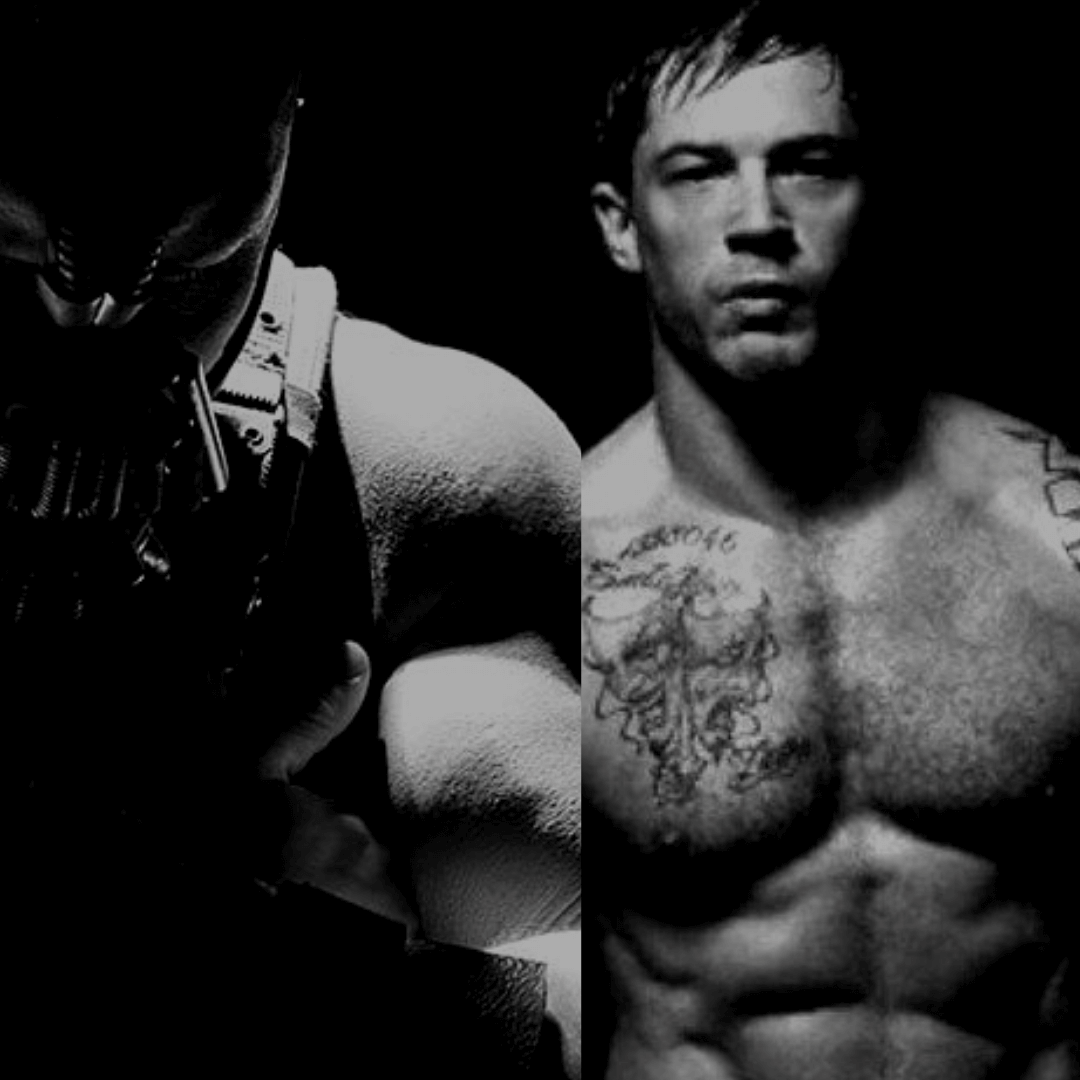 Tom Hardy’s workout plan has been quite versatile. When he was portraying the character of Charles Bronson in ‘Bronson’, all he needed was to bulk up. To gain a substantial amount of mass and muscle size, he relied on bodyweight exercises. He was following a sort of prison-style workout program that consisted of high-volume push-ups, pull-ups, free squats, chin-ups, etc. After all, that’s how the prisoners train themselves. Tom Hardy’s physical transformation for ‘Bronson’ was so inspiring that even Charles Bronson himself was pretty impressed with it and said that if anybody could portray his role, he has to be Tom Hardy.

Tom Hardy’s next physical transformation was for playing Batman’s nemesis in ‘The Dark Knight Rises’. He played the character of Bane in the movie. To present himself as Bane on-screen, he again bulked up and carried a decent amount of muscle mass that made him look huge and powerful. Tom Hardy truly brought complete justice to the character of Bane. He had gained massive size for it.  His workout routine for attaining that size prioritized compound movements that aided him in attaining the size that made even the Batman look smaller in front of him.

Tom Hardy’s physique in ‘Dark Knight Rises’ has a wide and muscular back, big chest, and muscular arms. Tom Hardy’s traps were the most highlighting part of his body. They were mountainous and made him look brutally powerful. To be honest, he was looking like a bodybuilder who is ready to go on his cutting phase. Even though he was not ripped and shredded, his physique was exuding great strength and power.

Tom Hardy usually prefers to train five days a week. He hits most of his muscle groups only once a week. However, on the fifth day of his workout routine, he performs compound exercises that are targeted to enhance the strength and musculature of the upper body. He also performs some ab work on that day.

The weekends in Tom Hardy’s workout program are usually reserved for rest and recovery.

Tom Hardy usually performs 2-3 exercises for each muscle group. Each exercise is performed for around 3-5 sets. For some of the exercises, Hardy performs a higher number of reps that goes to around 12-15 reps. When it comes to the basic full-body compound movements like the squat and the deadlift, he stays in the set/rep scheme of 5 x 5. It enables him to gain both strength and size that way. The following table will give you a descriptive overview of Tom Hardy’s workout routine.

Tom Hardy changes up his workout routine as per his character requirements. Just like his workout routine, his diet also goes through a change when he is playing a different character. After all, what kind of actor would exhibit the same physique in all his movies? Versatility is something that is always expected from an actor.

In a general sense, you can say that when Tom Hardy is preparing for a character who looks massive and strong like Bane or Bronson, he ups his caloric intake. On the contrary, for characters like Tom Conlon in Warriors, he prefers to stay lean and make the required changes in his workout routine as well.

“I think you pay the price with any drastic physical changes. It was all right when I was younger, but I think as you get into your 40s, you have to be more mindful of the rapid training.”

Hence, we would like to recommend you not copy the workout plans of his physical transformations blindly. Understand your body type and then formulate a workout routine for yourself accordingly. Be clear about the kind of body that you want to achieve and work towards attaining it. We expect that this workout guide would have provided you with everything that you wanted to know about Tom Hardy’s workout routine.