Terry Crews is a famous Hollywood actor who acquired fame from various television sitcoms, game shows, and movies. He is known for his massive and muscular physique. Terry Crews suits perfectly to action-oriented roles owing to his physique. He played a badass in all three parts of the famous Hollywood action flick “The Expendables.” Apart from action movies, he has also been seen acting in various comedy series and making appearances on some famous talk shows.

Terry Crews stands tall at 6 feet 3 inches and weighs 245 lbs. His muscular frame and defined muscles add up to his overall persona. When it comes to the art of “pec dancing,” it seems that he has mastered it. His popping biceps are the most outstanding part of his physique. This celebrity workout guide will give you a detailed overview of Terry Crews workout routine that provided him with a physique anybody would desire to have. Let’s have a look at it. 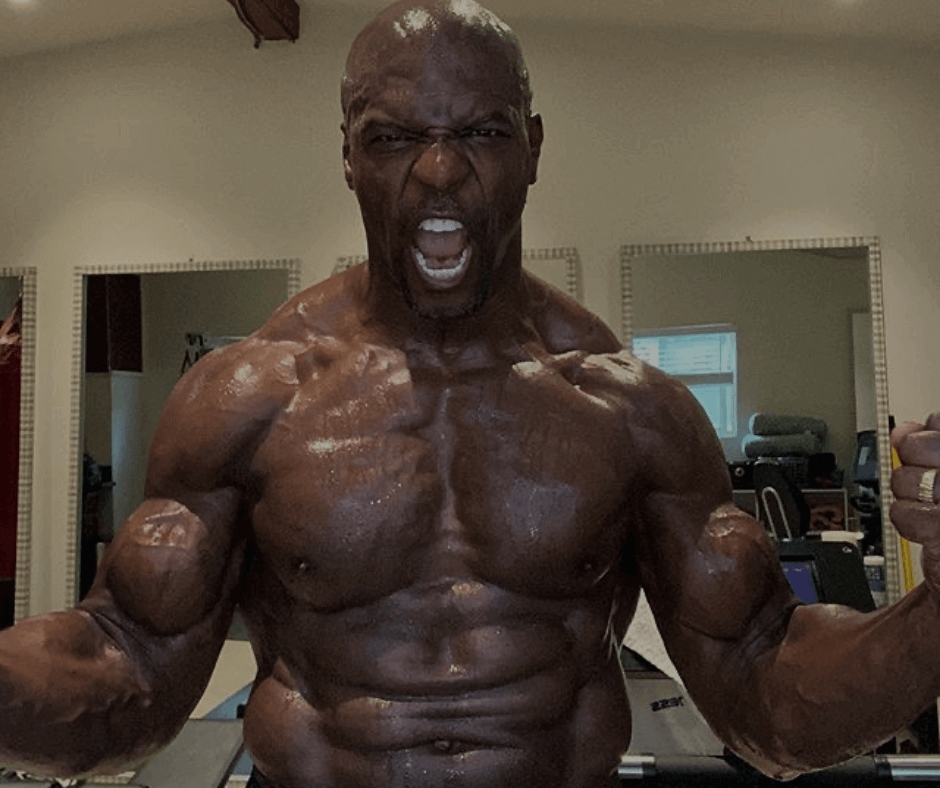 Terry Crews keeps on changing his workout programs depending upon the character’s requirements that he is playing. Running has always been a consistent part of all his workout programs. He claims that even though he doesn’t have a typical runner’s physique, he is fast. He runs four miles (6.5 Km) a day and that too in 30 minutes. Discipline happens to be the backbone of Terry Crews’ daily routine.

To maintain a massive and muscular physique, he relies on weight training done primarily with free weights. Terry Crews’ bodybuilding routine includes the basic exercises and powerful movements that work his entire body. Apart from this, Crews also incorporates some calisthenics or bodyweight movements in his workout routine. He claims that the resistance provided by bodyweight exercises is quite ideal for getting oneself started. After performing a few sets of bodyweight movements, one can move on to lift some heavyweights. This will further aid in enhancing the overall strength and musculature. 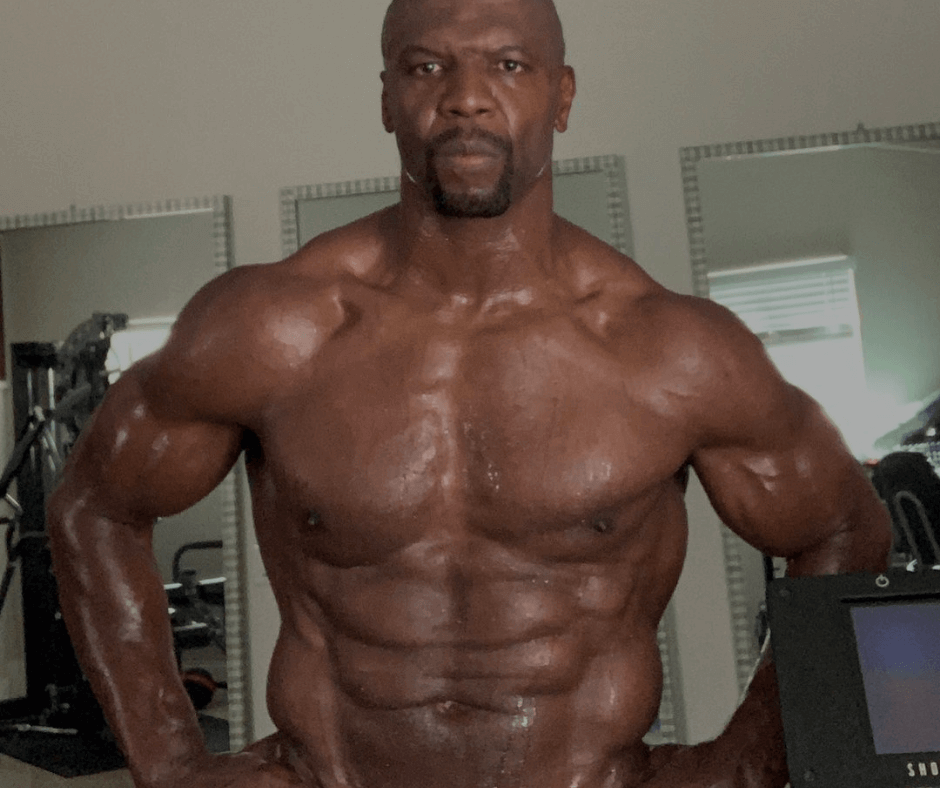 The training program of Terry Crews consists of exercises that promote muscle building as well as fat loss. He targets each of his muscle groups once a week with an intense weight training regime. To get rid of excess fat and maintain a lean physique, he relies on performing cardio exercises. Running happens to be his most favorite form of cardio. His workout schedule for a week looks something like this:-

Terry Crews prefers training a single muscle group in each of his training sessions. He uses a technique called 24s, where he chooses some primary compound and isolation movements and performs them in a circuit or superset for six reps. The following table will give you a clear idea about his workout routine.

With decades of experience in training with weights, Terry Crews makes sure to switch up his exercise routine according to his schedule. He also ensures that he trains smart rather than training hard. He used to lift heavy weights for a lot of reps in his heyday, but he realized that this approach would wear him down. So he switched to lowering down the reps. This approach benefited him and provided him with better recovery and, ultimately, greater results. In his own words,

“You need to experiment and see what works for your body. Your workouts should always make you feel better, not worse.”

Does Terry Crews workout every day?

Terry Crews workouts for four to five days a week. On his off days, he either prefers to rest or performs some running.

How many hours does Terry Crews workout?

Terry Crews workouts for around 1-2 hours four to five times a week.

There is no doubt regarding the fact that Terry Crews’workout routine is an advanced one. Crews’ muscular physique has taken numerous years to get to that level for which he is known. His workout routine includes various intensity techniques like supersets, drop sets, giant sets, etc., which are not recommended to beginners. So if you are willing to try out his workout routine, you must make sure that you are either an intermediate or advanced lifter. Your diet also needs to be on point so that your body gets all the nutrients needed for growth.

To make sure your body recovers well, you should provide it with proper rest. Don’t make the mistake of over-training yourself. We would also recommend you to follow his workout routine under an expert’s supervision. This will aid you in getting the best out of following Terry Crews’workout plan.