If you are a big fan of Marvel’s superhero films especially the X-Men franchise, you would have surely been fascinated by Deadpool. Ryan Reynolds brought a unique charm to that character. His performance was impressive and his physique also exhibited great appeal. It resulted in making Deadpool one of the highest grosser at the box office. When it comes to performing the character of a superhero on screen, it’s not just about fancy costumes and visual effects. The actor playing the role of a superhero also needs to look like one. Ryan Reynolds did the same.

To prepare for his character in Deadpool, Ryan needed to look like a superhero who is strong, athletic, and can easily kick the baddies in the face. He went through a strenuous workout routine for it. Apart from it he also kept an eye on his diet that fueled his workouts which provided him with a superhero physique. In this celebrity workout guide, we will be providing you a workout plan that is inspired by Ryan Reynolds Deadpool workout routine. 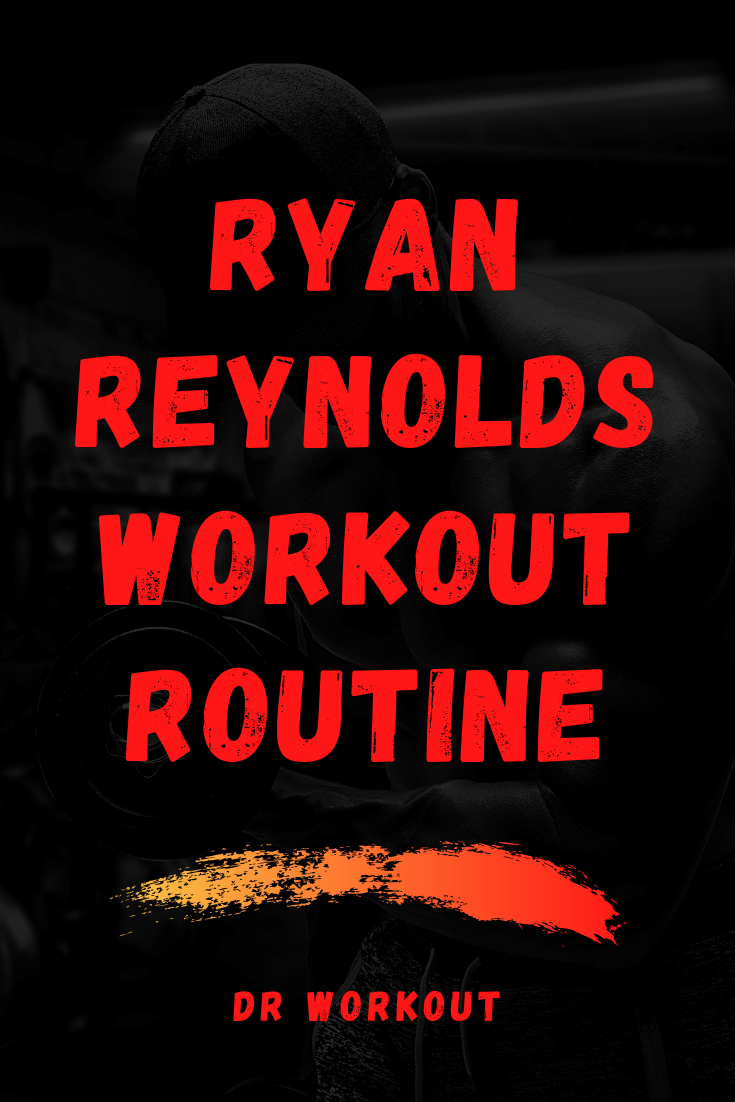 If you have watched Deadpool, you would have surely been mesmerized by Reynolds’ sculpted physique in the movie. An actor’s main priority while working on a project is to look exactly like the character. Ryan Reynolds left no stone unturned to attain the desired physique that made him look nothing less than a superhero. So whether it was hardcore training sessions or maintaining a strict diet, Ryan made sure to put 100% dedication.

Ryan Reynolds often switched up his workout routine. It provided his body with the “change” that is required to promote muscle growth. He made sure to consume 6 meals per day that are designed based on his physical requirements. This further kept his body in an anabolic state that allowed him to put on lean muscle mass.

But it’s not just about rippling muscles that make you look like a superhero. Especially when it comes to Ryan Reynolds, he always prefers to perform his own stunts and action sequences, his body needs to be in top condition to exude agility, flexibility, and speed.

While playing the role of Deadpool, Ryan was not only required to look big. A certain degree of athleticism was also needed. After all, without athleticism and agility, how can one expect Deadpool to perform superhero stunts? Being a dedicated actor and performer, Ryan switched his workout routine accordingly to do justice to his character. His workout routine was not only confined to lifting heavy. It included various plyometrics, calisthenics, and mobility movements intended to keep his body athletic and agile. He also made sure to include movements that can keep his body flexible enough to avoid injuries.

Ryan Reynolds loves to keep his workout routines enjoyable and refreshing. He makes sure that his workouts don’t turn monotonous. Making certain tweaks here and there regularly provides Ryan with adequate challenge and motivation to hit the gym. Ryan often includes bodyweight movements in his training routine that work on his core stability, core strength and lay a foundation for heavy lifting.

So if you also want to achieve a physique like that of Ryan Reynolds in Deadpool, which you surely do, we are going to provide you with a workout plan that is inspired by the training program that he followed while prepping up for Deadpool.

While building up a superhero physique, Ryan always tends to put in the sincere effort that is needed to attain it. Ryan prefers working out for 5-6 days a week targeting different muscle groups.

Ryan Reynolds pays special attention to working out his core. Core strength further aids in providing Ryan with better stability and body balance that enables him to perform his action sequences all by himself. A strong core further minimizes the chances of probable injuries.

Ryan Reynolds’s workout routine doesn’t involve a lot of fancy movements. His exercise routine primarily consists of the basic compound movements when he intends to put on size. While working out, he also makes some room for isolation and bodyweight movements.

Ryan Reynolds has always been successful in impressing his huge fan base with his staccato performances and jaw-dropping physique. Ryan undoubtedly looks extremely fit and athletic, irrespective of whether he is on-screen or off-screen; and all this is a result of his dedication to his training programs and diet.

We expect that his training program would have motivated you enough to hit the gym right after you finish reading this celebrity workout guide. If that is the case, it’s time to get started to earn your own superhero physique.