“Life is an endless series of train-wrecks with only brief, commercial-like breaks of happiness” if you are a superhero fan, I am dead sure you would have guessed which superhero’s phrase is this. You surmised it right, the famous and witty Deadpool.

Ryan Reynolds played the role of Deadpool to the quintessence. After this epic roleplay, he was nicknamed “ the Merc with a Mouth”.

Ryan Rodney Reynolds is a Canadian actor and a film producer as well. He started his showbiz career with a Canadian teen soap opera Hillside in 1991. Since then he has featured in several movies.

He performed in movies like National Lampoon’s Van Wilder, Waiting, Buried, Life and many more. Although he became a famous name with all his different genres of roles he played but he attained that immense popularity after his movie Deadpool (2016). This was the opening this star was looking for, after which he didn’t look back. Then came Deadpool 2 and it established Ryan in the league of who’s who of the industry.

Irrespective of being a huge name in the glam world, he is a big entrepreneur too. He owns stakes in Aviation American Gin and Mint Mobile. He also co-owns Wrexham AFC,  a Welsh association football club.

Apart from his acting skills be it drama or comedy, Ryan is known for his chiseled and attractive physique too. He is well versed with the fact of keeping his diet plan and workouts in a balanced combination. Let’s check out his meal plan and what does he eat. 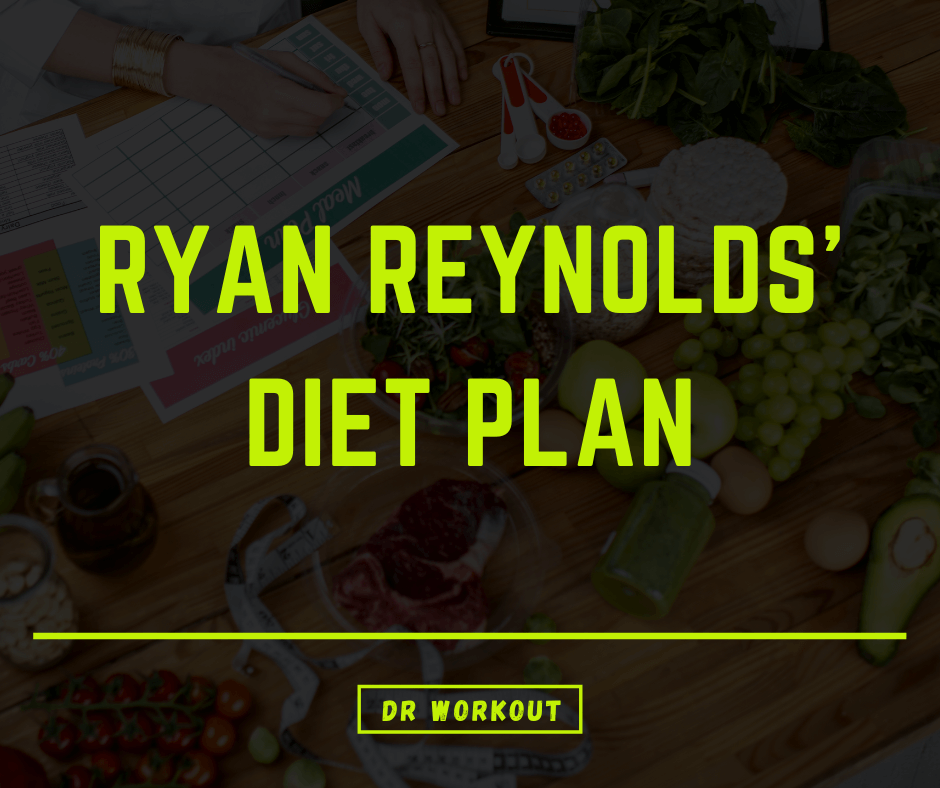 According to his dietitians, Ryan Reynolds diet consists of an easy-to-go approach. He doesn’t fancy a heavy-duty diet chart, including a long list of eatables. He focuses on avoiding junk and unhealthy fats. He distributes his meal in six small portions. He prefers eating at determined time slots, every two to three hours.

He prefers carb for post work out sessions and he makes sure to stop consuming food after 8 in the night. This bodybuilding diet plan certainly helps him in maintaining that awesome pack of abs and muscular arms.

Like other celebrities, Ryan Reynold’s diet plan doesn’t make him go crazy and overboard. His meal plan is more of a schedule any commoner can follow and achieve desired results.

Following is his diet chart: 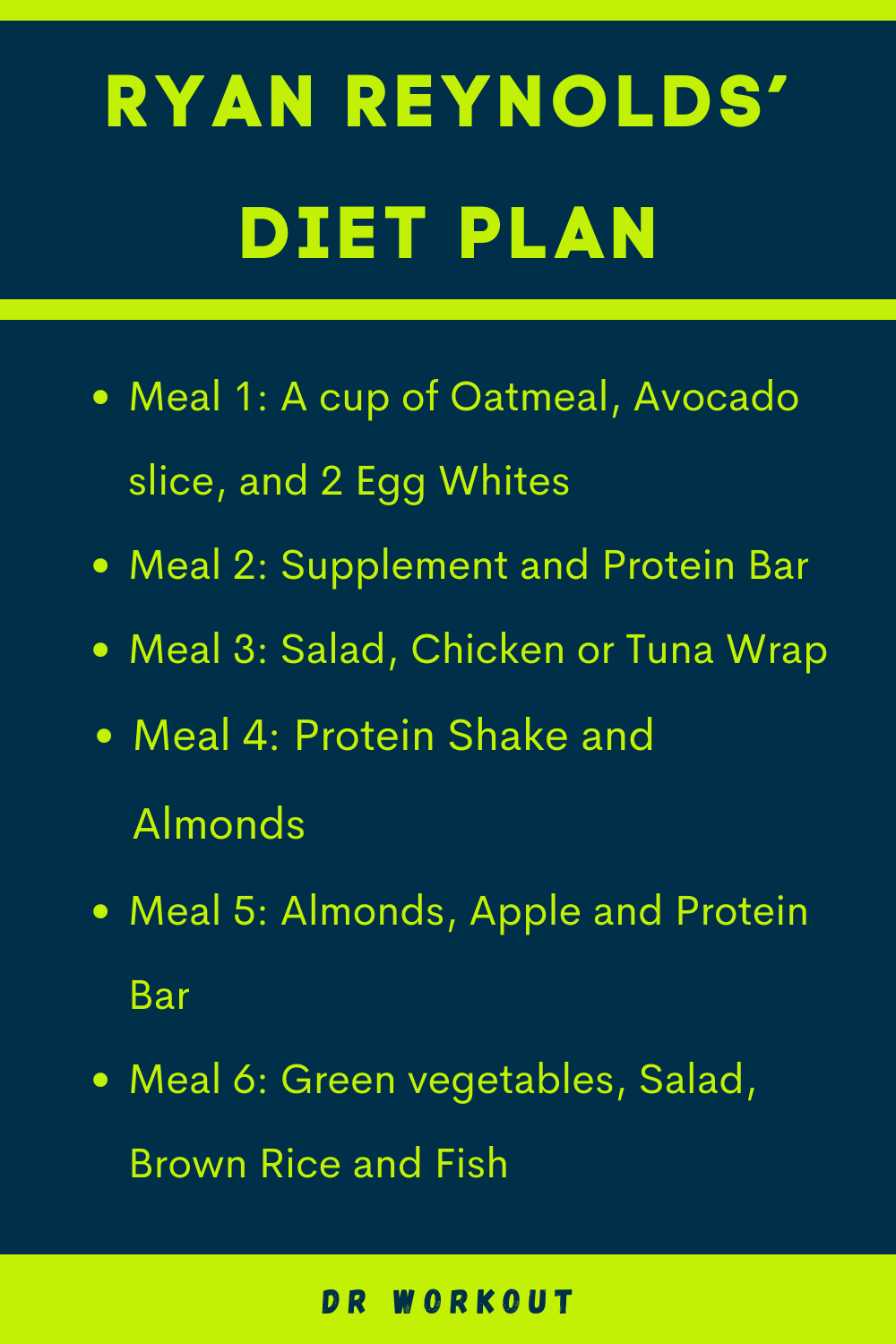 He prefers making his food by himself and consumes fat-free meat mixed with marina sauce, garlic, cayenne broccoli, and black pepper. He makes sure he is not modulating a lot in his eating habits but eating what is healthy for him. Ryan Reynolds meal plan can be emulated and incorporated into one’s daily schedule without any hassle.

Ryan’s nutrition plan is a collective package of simple yet healthy and effective food. Following it doesn’t require deep pockets or an expensive personal dietitian. Just keep an eye on to avoid junk and fatty stuff, include veggies and good fat eatables in your meal. I am very sure this low-cost and highly effective diet plan would assist you in attaining that dream shape.