If there is one Hollywood star who can make the ladies fall head over heels for him, he has to be Ryan Gosling. His mesmerizing performance in ‘La La Land,’ ‘Crazy Stupid Love’ and many of his other movies made him an all-time favorite of many people. Apart from being an outstanding-looking and talented actor, he also pays great attention to his workout programs. His lean and muscular physique has inspired numerous men to join the gym to sport a body like his. On the other hand, women skip a heartbeat when Gosling takes his shirt off. No one can forget the epic scene in ‘Crazy Stupid Love,’ where he takes his shirt off, and Emma Watson instantaneously says, “it’s like you’re photoshopped” on seeing Ryan Gosling’s abs.

Ryan Gosling’s physique is lean, muscular, and athletic. It has got the aesthetics that can easily impress anyone. This celebrity workout guide will be about Ryan Gosling’s workout routine that helped transform Gosling from a skinny dude in ‘The Notebook’ to an alpha male in ‘Crazy Stupid Love.’ Let’s proceed. 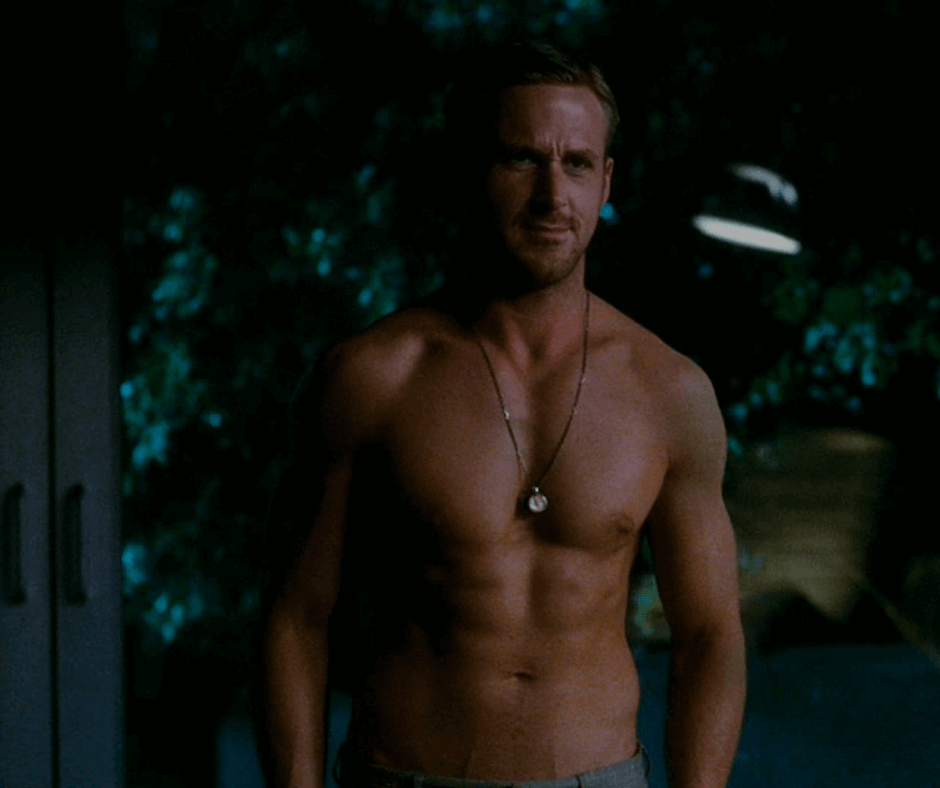 Ryan Gosling is known for his sleek and lean body type. His workout program is targeted to emphasize those muscles that can make a physique look more solid and muscular. From the early movies of Ryan Gosling, you can get an idea that he has an ectomorphic body. With a cheetah-like metabolism, his body naturally tends to fall on the leaner side. To put on some decent muscle mass to play the alpha male in ‘Crazy Stupid Love,’ he relied on following a muscle-building workout routine. Ryan Gosling’s muscle-building workout was targeted to provide him with an aesthetically pleasing look.

Ryan Gosling’s workoutplanmade him look muscular and lean. He trained with heavyweights to add muscle mass to his frame. He made sure not to go super heavy. Getting monstrous was not what he was striving for. Hence, he kept the total volume of each of his exercises to around 25-30 reps. This provided him with adequate resistance and stress that is needed for muscle growth. At the same time, it also helped in burning off excess fat that further enhanced his leanness.

Ryan Gosling made sure to include a perfect combination of weight training and HIIT (High-Intensity Interval Training) for his cardio in his workout plan. This combination resulted in bulking him up without adding unnecessary fat to his frame. The body fat levels of Ryan Gosling were around 10-12% in ‘Crazy Stupid Love.’ He was looking muscular and ripped with some decent muscle mass to show off muscles like arms, shoulders, and chest.

Ryan Gosling hits the gym five days a week to maintain his lean and muscular physique. He trains each muscle group once a week. However, when it comes to working out on his cardio and abs, he prefers training them 4-5 days a week. It helps in keeping his body fat percentage low that makes him look more defined. The workout schedule of Ryan Gosling follows the below-mentioned split:-

Ryan Gosling goes to the gym five days a week. He works out for around 2 hours every day. A proper warm-up routine precedes his weight training and cardio workouts. It usually includes stretching and some light walking/jogging. These help in relaxing his muscles and getting his heart rate up, respectively.

And that was all about the training program of one of the most happening Hollywood stars Ryan Gosling. Apart from being an immensely talented actor who has received numerous accolades for his performances, he is also becoming an alpha male prototype. We are pretty sure that his exercise routine would have indeed inspired you. Just be consistent with it, and you will surely reap the benefits.