What name comes to your head when you hear this? Undoubtedly, it’s one of the most iconic figures in the world of bodybuilding, none other than Ronnie Coleman. He claimed the most coveted bodybuilding title “Mr. Olympia” eight times. Along with this, he also holds a record when it comes to the highest number of wins in IFBB. He won 26 times. He is considered to be the greatest bodybuilder of all time.

The kind of muscle mass and muscular size that Ronnie Coleman used to bring on stage looked like that of a genetically enhanced beast. Not only this, his muscle separation and muscle definition were also perfect. He always presented a perfect balance of muscle mass, proportion, symmetry, definition, and clarity with his iconic physique.

In this workout guide, we will learn the training approach of Ronnie Coleman that made him the greatest of all times. We will also throw some light on his workout split and workout routine so you can incorporate his training protocols in your regime to gain nothing less than the champion.

When Coleman switched to bodybuilding, he was already strong enough to train with heavier weights. Ronnie Coleman had achieved his massive muscular size following a well-programmed workout plan. The main crux of Ronnie Coleman workout plan was to lift heavy which surely led to his massive size and strength gains. In order to enhance his strength levels along with gaining massive muscle mass, he followed the “Powerbuilding” approach to training. Powerbuilding is basically a hybrid of powerlifting and bodybuilding.

“Everybody wants to be a bodybuilder, but nobody want to lift no heavy-ass weights.“

Coleman always made sure that he sticks to his above-mentioned quote. Coleman’s workout program basically consisted of training with heavy weights that made him brutally strong and massive.

Let’s have a detailed analysis of his workout split and workout routine. 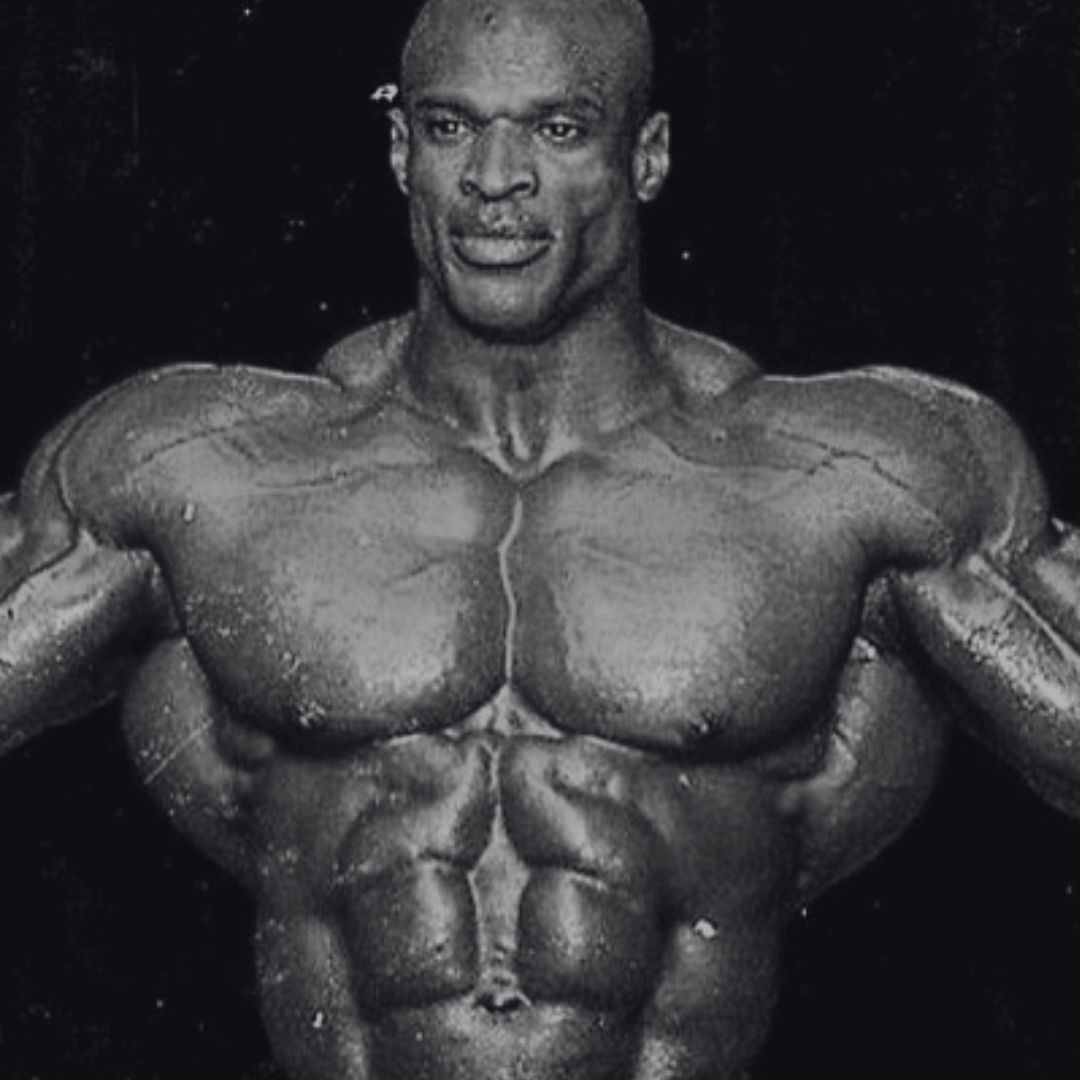 You may find Ronnie Coleman workout split a bit brutal but it was effective enough to make Ronnie Coleman one of the largest bodybuilders that ever walked this planet. His bodybuilding workout schedule looked something like this:-

Ronnie Coleman used to train 6 consecutive days in a week combining certain body parts following the old-school bodybuilding split; something which you may seldom find in today’s scenario where bro-splits are more preferred.

Ronnie’s training split made sure that he gets to train each muscle group at least two times a week. But at the same time, you should keep in mind that you should not blindly copy the Ronnie Coleman training program. You may gradually get to that level but in the starting phase, it is highly recommended that don’t overtrain.

You may take a day of rest after 3-4 training days if your body demands so. Just remember that along with training, proper recovery and recuperation of muscles are also essential to promote both muscle growth and strength gains. The following section will give more detail about the workout routine of Ronnie Coleman.

During his bodybuilding workout sessions, Ronnie Coleman did not rely too much on exercises that were done with the use of machines and cables. He was a huge proponent of training with free weights. He even claimed that lifting free weights aid in improving his range of motion along with maximizing flexibility. Ronnie Coleman workout routine was characterized by having a very high intensity that promoted both hypertrophy and strength gains.

Ronnie Coleman also used super heavyweights for his training. You can judge his approach by the following statement:-

We are sure that by now you would have surely been motivated enough to put in every ounce of your blood and sweat in your next training session. But don’t expect to gain as much as Ronnie Coleman in a period of a few months.

Ronnie Coleman was a professional bodybuilder who gave in several years to his training, diet, and routine. All you need to do is to be consistent. Everyone’s physique responds differently.

Don’t fall into the trap of over-training or pushing yourself too much as it may hamper your results. Train mostly with free weights, lift heavier, keep an eye on your diet and daily routine and gradually you will succeed.

We can assure you that following Ronnie Coleman workout routine can surely challenge your body to promote overall size gains. If you want some more motivation you can surely read some of the best Coleman’s quotes on the internet. It will do the needful.