Any bodybuilding discourse would be incomplete without mentioning Ronnie Coleman aka The King. Ronnie Dean Coleman was born on May 13, 1963, in Monroe, Louisiana, USA. He won the Mr. Olympia title 8 years straight up and is considered as a legend in this field. He also has his name enlisted in record books for the most win as an IFBB athlete with 26 titles. He has his name embarked on the wall of fame with bodybuilding greats such as Arnold Schwarzenegger, Dorian Yates, and Jay Cutler.

After completing his graduation in accounting he started his hunt for a decent job. Unfortunately, he didn’t find a good one, hence started working in a pizza place. Running low on funds he wasn’t able to cover his daily meals and managed his diet on the complimentary pizza. Later on, he got an opportunity to join the police department and served there till 2003. 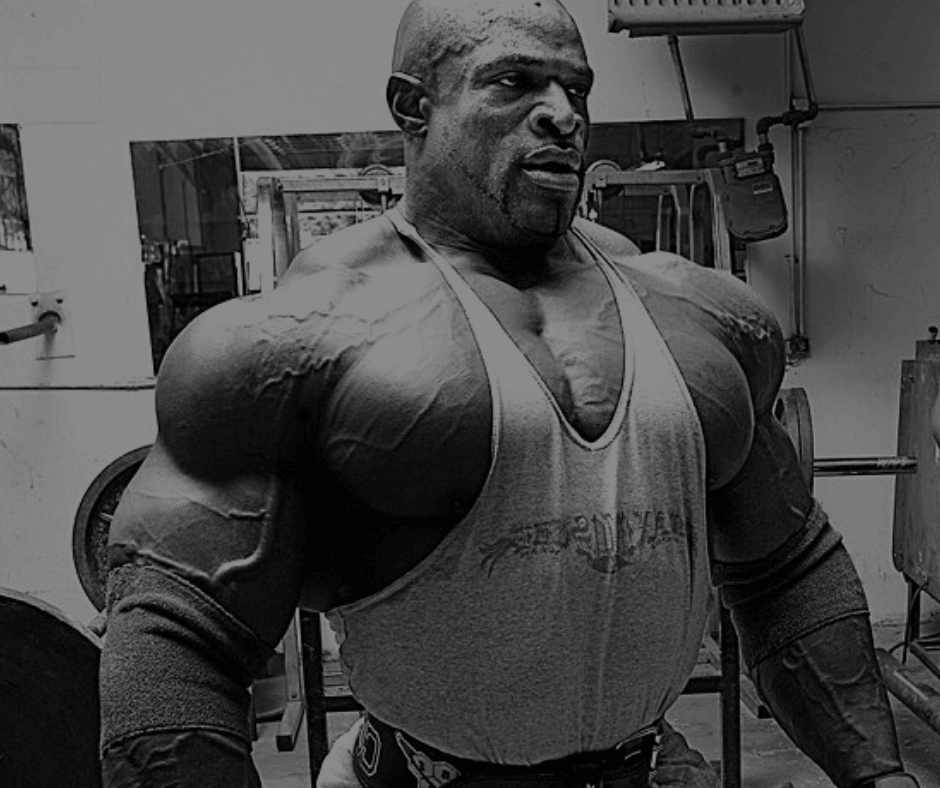 His entry into the bodybuilding field is no less than a spectacle. His fellow officer suggested him to join a gym owned by an amateur bodybuilder Brian Dobson. Brian offered him a lifetime membership on one condition, to be trained under his guidance. Ronnie agreed to this and the rest is history.

Once Coleman said, “My biggest competition is always myself. I mean no disrespect, but I do not look at any of the guys as being my competition for the simple reason that I can’t control how they are going to look”. Such was his tremendous confidence in himself.

Ronnie has also been featured in some movies. “The First Training Video”, “The Unbelievable” and, “The King” to name a few.

Ronnie Coleman is a huge guy. To maintain his physique he has to eat very precisely. In his prime days, he had to consume 5332 calories and 546 grams of protein in his bodybuilding diet. Ronnie Coleman’s meal plan incorporates protein as a major source for muscle building. I know that’s a lot to eat but discerning his anatomy, it is a need. Following is Ronnie Coleman’s diet plan. 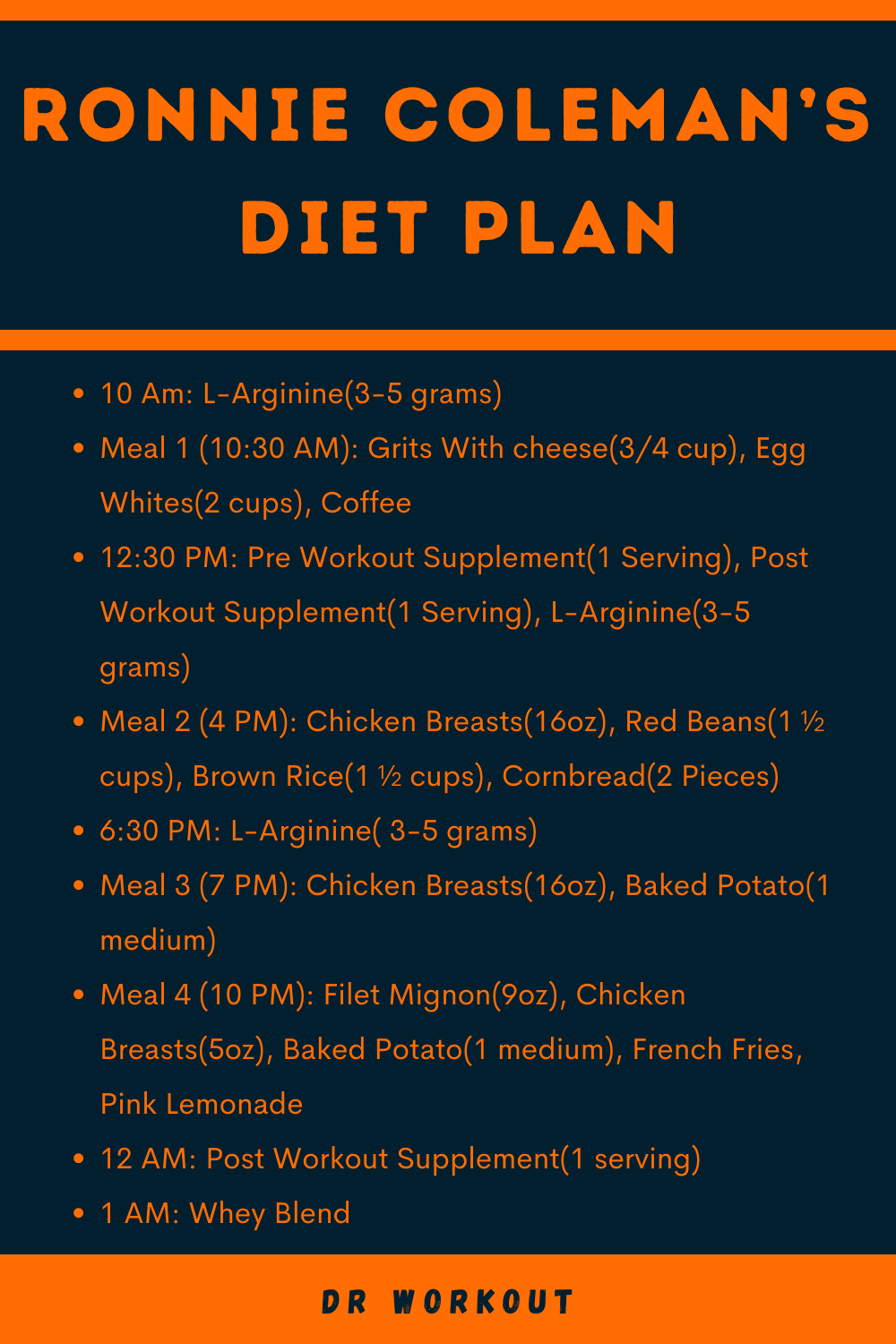 I wonder how much willpower one requires to consume so much food and that too all day long. To follow a diet chart like this you need to trust your gut to the core. He says “The most important thing about nutrition is protein because protein is what builds muscle”. Ronnie Coleman’s diet is more of a monstrous feat to keep this giant running.

It is inferred that the diet plan comprising of only protein and vitamin-enriched food alone can not comprehend his overall requirements. King Coleman pursues a list of supplements to cater to his needs with his diet plan. Ronnie Coleman Supplement list is as follows. 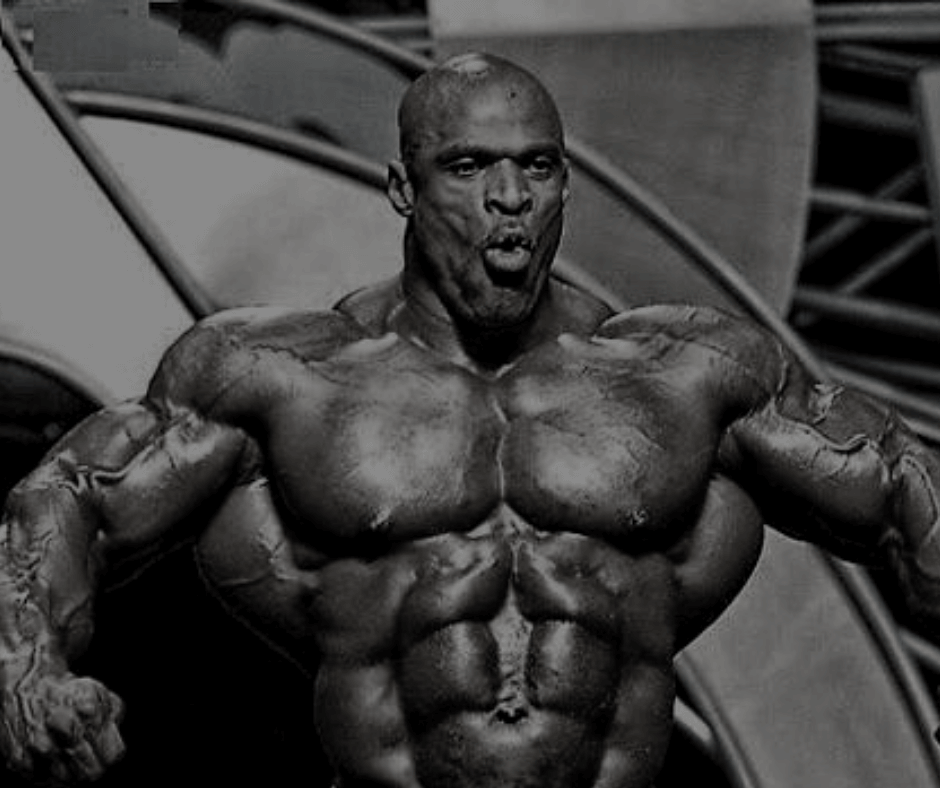 Ronnie owns a supplement brand known as Ronnie Coleman Signature Series, in the USA. Apart from his own brand, he doesn’t shy away from ingesting other supplements as well. Ronnie Coleman’s supplement tally is not very different but he is a bit choosy with what all he would include in it. So he would keep the best of the best in his schedule.

Along with the above-mentioned supplements, he keeps a track of multivitamins, omega fatty acids for general health, chromium for blood sugar health, joint capsules, and CoQ10 for heart health, in his nutrition plan.

The extreme weights he used during his workout period took a toll on his body. He has gone through several surgeries, however, he stated that he does not regret his choices, because to be the best in business he was ready to take any blow. It was his strong willpower that took him to new and unreachable heights. Where he stands today is a dream to achieve for many of the aspirants. His famous words yell out loud what he always believed and obeyed, “Hard work and training. There’s no secret formula. I lift heavy, work hard, and aim for the best.” Take a bow, King Coleman.