The name “Phil Heath” doesn’t need any introduction. He has been crowned the renowned and reputed “Mr. Olympia” title seven times in a row, from 2011 to 2017. Phil Heath is also known by his alias “The Gift”. The massive muscular size and definition that he brings on stage is certainly something that impresses both the judges and the spectators.

Phil Heath’s genetic predispositions that provide him with fuller and round muscle bellies, truly make him stand out from the rest. It certainly would not be an exaggeration to call him a genetic freak.

Phil Heath had started his career as a professional basketball player but he switched towards professional bodybuilding in the year 2002. Indeed, it was something that he was meant for.

Apart from winning the coveted Mr. Olympia title seven times in a row, Heath also has his fair share of victories in other professional bodybuilding competitions. Be it the Arnold Classic or the NPC USA Championships, he has dominated the world of bodybuilding with his attractive physique.

Phil Heath, like any other professional bodybuilder, has always been meticulous about his exercise routine and diet. His penchant for perfection truly gets exhibited with his on-stage appearances.

Phil Heath workouts five days a week; four of which are dedicated to intense weight training sessions and the remaining one day is for cardio sessions. Every single day he trains specific muscle groups. The following section will give you a descriptive overview of Phil Heath workout routine. Let’s proceed. 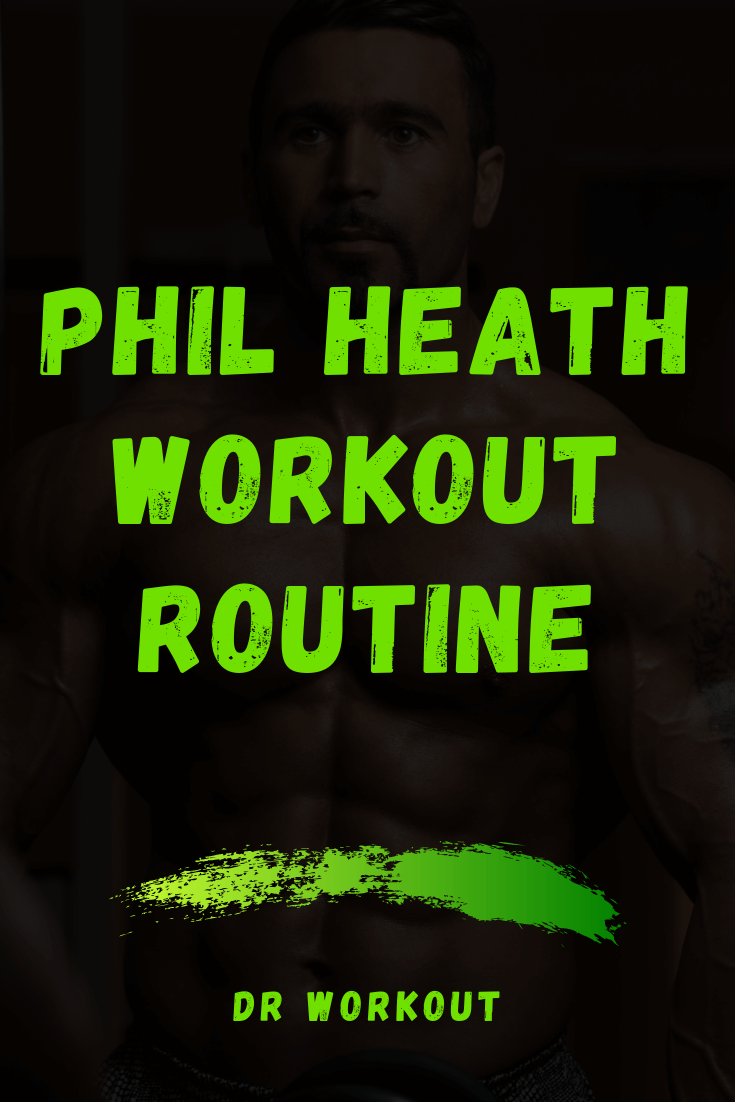 Phil Heath performs his workouts under the guidance of Hany Rambod who is renowned for devising the FST-7 (Fascia Stretch Training) system. It refers to a training program that is designed to promote maximal hormonal response and muscular hypertrophy.

Phil Heath incorporates three to five exercises for each of his muscle groups. His workouts extend for up to two hours. He admires many old-school bodybuilding legends like Arnold Schwarzenegger and Ronnie Coleman and just like them he also puts greater emphasis on the technical performance of the exercises.

Phil Heath claims that the world of competitive bodybuilding is getting bigger and he needs to overcome his weaknesses to secure his top position. He further adds that he prefers sticking to the basic bodybuilding exercises rather than involving too many fancy movements in his exercise routine.

Phil Heath targets each of his muscle groups from different angles which aid in improving his weaknesses on one hand and works on his roundness on the other hand. Phil Heath’s workout routine is designed in a manner that proves to be sufficiently challenging to him. It thereby enables him to progress well. Let’s have a look at Phil Heath workout routine:-

Phil Heath makes use of the Fascia Stretch Training system, popularly known as FST-7, by combining this training protocol with other tested exercises. This training system aids Phil in gaining muscle mass while he is on his preparation phase.

FST-7 basically refers to performing 7 sets of a certain exercise for 6-12 reps with a 45-second break in between the sets. You perform either stretching or isometric contractions in the 45-second break that you get after every other set.

How long does Phil Heath Workout for?

Phil Heath workouts for around two hours in the gym. His workouts are extremely intense in nature that provides his body with the musculature, size, and definition that he is known for.

How much cardio does Phil Heath do?

When Phil Heath is prepping up for a competition, he performs 30 minutes of either interval or steady-state cardio in the morning. He also gets one cardio session done in the afternoon. He prefers the treadmill and the stairmaster for his cardio sessions. He also opts for battle ropes at times in order to incorporate some changes in his cardio training.

We expect that this workout guide would have provided you with the stuff that you needed to know about Phil Heath Workout Routine. We would also like to give you a word of caution before you start following his workout program. Phil Heath is an elite level bodybuilder who has been in the field of bodybuilding for many years. Following his workout routine blindly out of excitement can either lead to an injury or it may eventually wear you out. If you are a beginner or a regular gym-goer, you must follow his workout routine only under the guidance of an experienced trainer.

Phil Heath’s workout routine inspired numerous people around the globe in improving their overall fitness and strength levels. We hope that this workout program will serve you in the same manner and will bring out the best of your capabilities.