“As long as we persevere and endure, we can get anything we want.” -Mike Tyson

The life story of Mike Tyson is based on the above-mentioned quote. Renowned for being one of the best heavyweight boxers of all time, Tyson has made a legacy for himself. In the prime of his career, he was the biggest nightmare to his opponents. He was tough, brutal, and willing to sacrifice anything to become the world champion. He was nicknamed “Iron Mike”. Later on, he went on to be known as “The Baddest Man on the Planet”.

For about a decade, Mike Tyson used to dominate the world of boxing. There was no one who could beat him. His punches were fast, powerful and they used to hurt his opponents real hard. This athletic workout guide will give you an overview of Mike Tyson’s workout routine that made him exude perfection in different aspects of boxing. 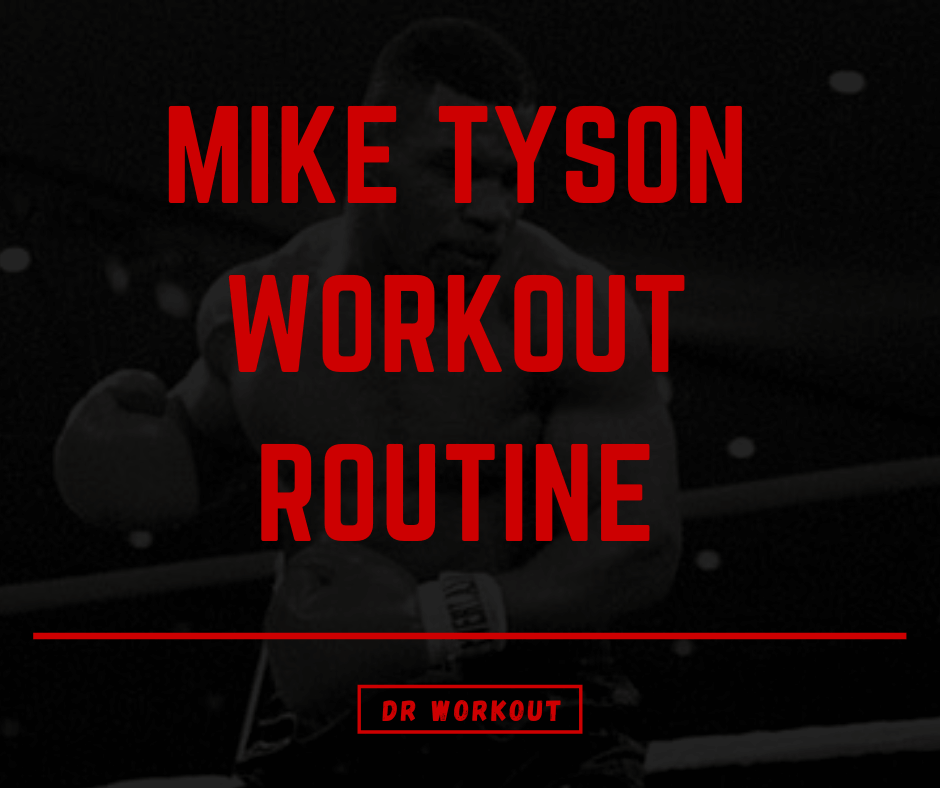 If Mike Tyson’s workout routine is to be described in just one word, it would be termed “insane”. It was “insane” even as per his own standards. Along with practicing numerous boxing techniques, Mike Tyson also included various disciplines of exercising in his workout plan. Bodyweight movements performed for a fairly high number of reps top the list of his exercise routine. To work on his cardiovascular health and to improve his stamina, he included various cardio exercises like running, cycling on a stationary bike, jumping ropes, etc. in his workout program. This further helped him in losing the excess fat and maintaining his overall body weight.

Mike Tyson’s workout routine used to start in the early hours of the day and target all the aspects of the sport. So whether it was developing brutal punching force or practicing the techniques to dodge the opponent’s punches, Tyson’s workout program included everything.

Mike Tyson’s dedication to become a world champion was complemented with his intense training sessions. As a result, Tyson became a boxer who eclipsed the career of many of his contemporaries. 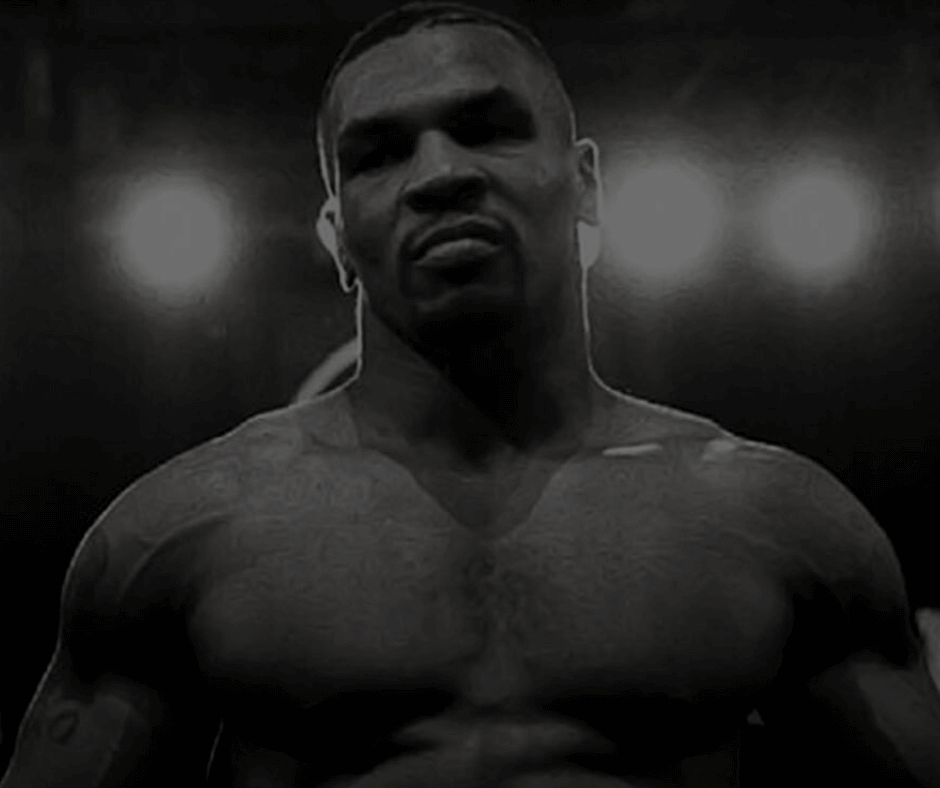 Discipline happens to be the backbone of any athlete’s daily routine. In Mike Tyson’s own words,

“Discipline is doing what you hate to do, but doing it like you love it.”

Undoubtedly, Mike Tyson lived by his quote. Just having a look at Mike Tyson’s daily workout routine might enervate the hell out of you. But this was not the case with Mike Tyson. He was determined and disciplined enough to put in every ounce of his blood, sweat, and tears to become a world champion. He knew that his dream would demand numerous sacrifices on his part to get transformed into reality. Hence, he made sure to leave no stone unturned and followed a strict daily workout routine that brought out the champion in him. Let’s have a look at it.

Mike Tyson used to start his day at around 4 am. Afterward, he used to perform some cardio which consisted of running for 3-5 miles. Running has always been a crucial part of his cardio workouts. Even before he became a professional boxer, he used to run every morning. Then afterward he used to perform push-ups and squats for 400 reps each.

His afternoon workouts consisted of performing three rounds of calisthenics. Mike Tyson’s calisthenics routine included push-ups, dips, shrugs, and sit-ups. He also performed some neck bridges that provided him with a muscular and firm neck. After completing his calisthenics workout, he switches to 10 rounds of sparring.

Mike Tyson’s mid-afternoon exercise routine consisted of 4-6 rounds of sparring. It was followed by working on the punching bag, focus bag, speed bag, slip bag, and D’Amato’s renowned Willie Bag. Afterward, he does some jump rope followed by pedaling 60 minutes on the stationary bike. Then he performs three more sets of calisthenics.

Mike Tyson used to perform 5 more sets of calisthenics that included dips, shrugs, and neck workouts in the early evening. Afterward, he went on to perform shadow boxing. He always used to make sure that he practices and focuses on only one technique at a time. So now you know the reason behind Mike Tyson’s perfectly executed and devastating punching combinations.

While most of us prefer to relax after having our dinner, Mike Tyson used to get onto his stationary bike for another 30 minutes.

As per reports, each night that led to the main event, Mike Tyson used to study fight films. It gave him an idea about the fighting skills of other boxers which further helped him in working on his technique. Then he goes to bed and again starts his next daily training routine by waking up at 4 am in the morning followed by a 3-5 mile run and so on.

This was Mike Tyson’s daily routine that helped him in bringing out a sheer beast every time he stepped into the boxing ring. He followed this workout routine for six days a week. On Sundays, Tyson used to pay special attention to his rest and recovery. It was quite crucial to have an off day after six consecutive days of brutal training sessions.

Mike Tyson’s workout routine consisted of a variety of exercises and exercise disciplines. From cardio sessions that worked on improving his stamina and cardiovascular health to his renowned high-volume calisthenics workouts that worked on upping his overall strength levels and core stability, Mike Tyson’s daily workout was brutal but highly effective.

Having a look at Mike Tyson’s workout routine, the regular gym-goers might think that there is an absence of traditional weightlifting and bodybuilding exercises in it. Mike Tyson’s workout plan occasionally included working out with free weights. In his teenage years, Mike Tyson was even able to bench press 200 pounds. His muscular strength was a result of his hardcore calisthenics training. He perform all the bodyweight exercises for a fairly high number of reps. It also worked on improving his core strength and stability which further enhanced his overall athleticism.

How many hours did Mike Tyson train in a day?

Mike Tyson used to train for around 8-10 hours a day. His exercise routine included cardio, calisthenics performed with a very high volume, and technical training related to boxing/sparring. Occasionally, he also included some traditional weightlifting exercises in his training program.

Tyson used to workout almost everyday, around 6-7 days a week. His training sessions were highly intense in nature.

How many times in a week did Tyson train?

How much could Mike Tyson Bench?

It has been reported that Mike Tyson has been able to bench 200 pounds.

How many push-ups did Mike Tyson do a day?

Since calisthenics has always been a prime part of Mike Tyson’s workout routine, he prefers to perform bodyweight exercises for a fairly higher number of reps. Mike Tyson used to perform 500+ reps of push-ups every single day to work on his upper body strength and musculature.

To hit like Mike Tyson you would have to perfect your punching form and technique. The most basic thing you can do is to throw each of your punches to the best of your abilities. While throwing a punch you also need to turn your hips and pivot to execute great power.

So by now, you must have surely got the idea about the kind of training and workouts that made Mike Tyson one of the greatest boxers who ever walked the earth. His dedication towards his training program and disciplined lifestyle also contributed a lot to his achievements. Even though he had faced some rough phases in his life, he always emerged out of them as a true champion. The story of Mike Tyson is all about fighting the adversities of one’s own life and getting stronger and better every day. Mike Tyson, undoubtedly, is a living example of mental fortitude. His mental determination made him the legend who will continue to inspire the upcoming generations.