Mike O’Hearn is nothing less than a living legend in the world of fitness. He has won the “Mr. Universe” title four times and his massively muscular physique has also been voted as one of the greatest physiques of all time. All these accomplishments and accolades have earned this renowned bodybuilder the alias “The Titan”.

Mike O’Hearn is not just a bodybuilding fanatic but he has also proved his mettle in the fields of martial arts and competitive powerlifting. Mike O’Hearn has been quite generous in sharing his knowledge that he has acquired through years of training.

O’Hearn has earned the title of “fitness model of the year” seven times. He has also been featured on at least 500 different magazine covers. His massive popularity on social media as well as in the fitness world landed him a role in the American reality show named ‘Gladiator’.

Mike O’Hearn has invented a new kind of training system known as ‘Power Bodybuilding’. It is a training protocol that has been established by amalgamating powerlifting and bodybuilding. It aids in promoting both strength and hypertrophy gains.

Mike O’Hearn believes in competing with himself rather than anyone else. In his own words,

This workout guide is going to be about Mike O’Hearn Workout Routine which provided him a physique that makes him look nothing less than a real life Superman. If Superman had not been a fictional character, he would look like Mike O’Hearn. 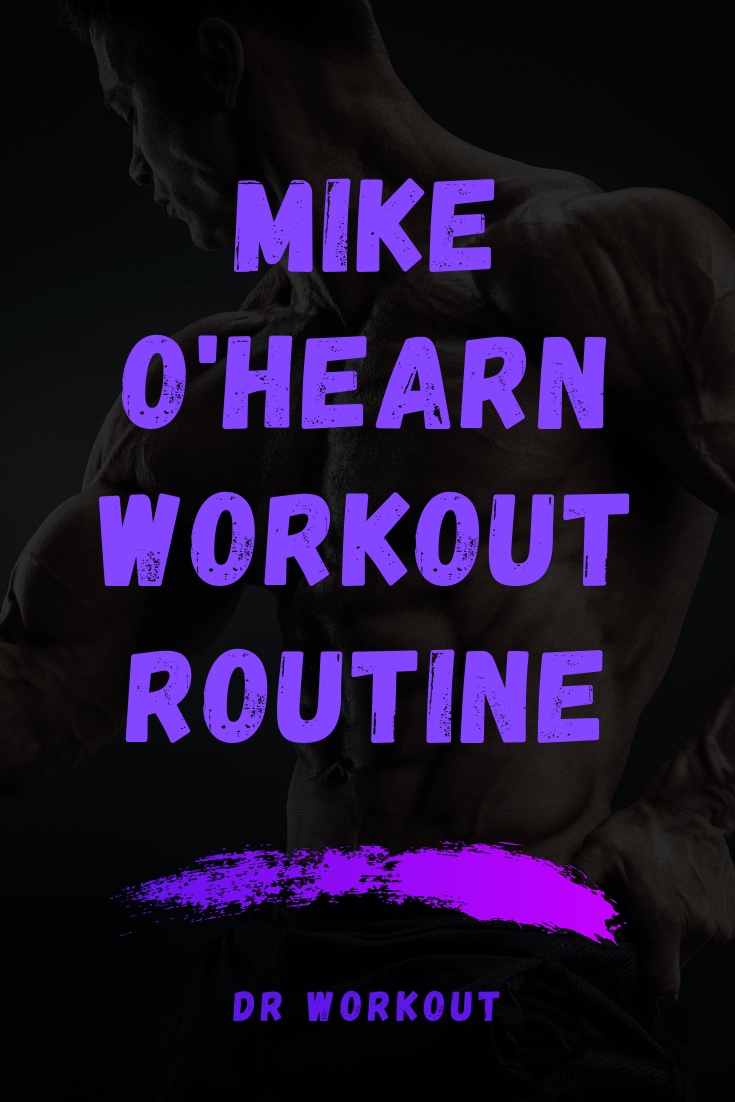 The main crux of Mike O’Hearn’s Training Routine revolves around compound movements performed for a higher number of reps, preferably 8-10 reps. He also combines abs and cardio work in his everyday workout sessions. It helps in keeping his body lean. Now you must be knowing the reason for his ripped abs. Don’t you?

Mike exercises for at least 60-90 minutes in the gym for at least five days a week. He incorporates around 6-8 bodybuilding exercises for each body part. His workout routine also varies as per his physiques’ individual requirements.

To promote the growth and development of his muscles, Mike O’Hearn’s program relies on basic compound movements like squat, deadlift, and bench press. He lifts enormously heavy on them and takes his potential to the extremities. Afterward, he performs some sets that are targeted towards promoting hypertrophy. He claims that executing the exercises in the most perfect form is the most crucial thing.

“I’m a powerlifter; we always use good form. I use no straps, no wraps, no suits, and no belts.”

The following table will give you a clear idea about what Mike O Hearn Workout Routine looks like. He always prefers to train with super heavyweights but at the same time, he makes sure that his form is not getting compromised. Let’s have a look at his exercise routine.

Here are some other important points that Mike O’Hearn recommends to get the best out of his workout program. Let’s have a look at them.

Drinking sufficient amounts of water keeps your body hydrated which aids in providing relaxation to the muscles. It also helps in improving your overall agility and strength.

Mike recommends that after a cheat day, it is imperative that you cleanse your body inside out by maintaining a strict diet to balance and counter the effects of cheat meals. Mike O’Hearn also advocates consuming whole and real foods.

If you work your ass off in the gym, taking proper rest to promote recuperation and recovery becomes imperative. Lack of rest can hamper your overall strength and muscle gains irrespective of what kind of workout plan you are following. Mike recommends that one must sleep for at least 8 hours in a day. When you provide your body and muscles with sufficient rest, it automatically promotes improvements in your workout performance.

Mike O’Hearn’s training program would have surely inspired and motivated the hell out of you to get to the gym and start training like a beast. We wish you the best for it. But we would also like to recommend that you get through his workout routine under expert supervision. This will aid you in getting the best out of Mike O’ Hearn’s training routine along with minimizing the probable chances of injuries.