Megan Fox has never failed to impress her worldwide fan base with her staccato movie performances. Her lean and athletic physique has also been admired by her fans. Megan Fox’s fitness levels are surely on an elite level. Especially when it comes to Megan Fox’s abs, they make her look nothing less than a badass. To achieve such a physique, Megan Fox has really worked (out) her ass off. When it comes to her training program, it involves a variety of stuff that makes her holistically fit.

Megan Fox grabbed the attention of numerous people for her role in the renowned blockbuster “Transformers”. Her attractive persona and toned physique further let her win the title of Sexiest Woman Alive. Not only this, but Fox has also been a proud recipient of 3 Teen Choice Awards, 2 Scream Awards, and numerous other accolades. She has a massive fan base on her social media handles as well. You would be surprised to know that in her honor, a newspaper named “The Sun” declared August 4th as ‘Megan Fox Day’. Such has been the craze of Megan Fox worldwide.

This celebrity workout guide will provide you with a descriptive overview of Megan Fox’s workout routine that provided her a physique that everyone aspires to get. Megan Fox’s exercise routine is versatile and effective. 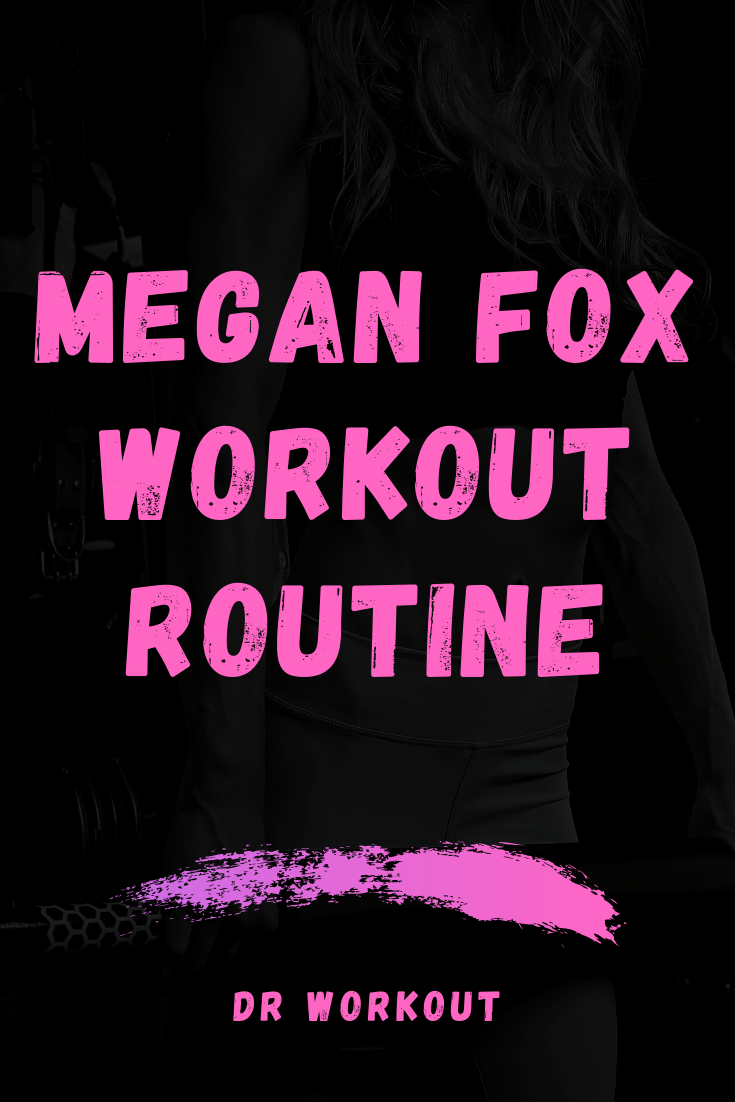 Resistance training also finds a prominent place in Megan Fox’s workout routine. It helps Megan in maintaining a firm muscle structure along with making her strong as well. When Megan Fox performs resistance training, she makes sure to get as little rest as possible between the sets. It aids in burning off excess calories and upping the pace of metabolism. This further leads to decreasing the overall body fat percentage. Along with that, resistance training that is done with short rest periods in between sets also develops and protects bones.

The prime component of Megan Fox’s workout routine is versatility. She makes sure that her workout schedule does not get monotonous over time. She includes a variety of different cardio movements in her exercise routine. Those movements help keep Megan lean and athletic by burning off the excess calories and thereby keeping her body fat percentage low. Megan Fox has always been a huge admirer of HIIT (High-Intensity Interval Training). She prefers to perform her HIIT circuits on a stationary bike.

When it comes to Megan Fox’s abs workout routine, it is not only restricted to performing thousands of crunches. Instead, Megan prefers to work her abdominals from all sides, including front, back, and obliques.

To keep her muscles strong, toned, and firm, Fox relies on pilates apart from her regular core circuit.

Apart from her regular gym workouts, Megan Fox also includes dancing and running to her exercise routine at times.

The workout routine of Megan Fox has the element of versatility in itself. To maintain an athletic physique, Megan Fox relies on a strict workout routine. Her workouts consist of mini circuits performed for 45-60 minutes. She is also a huge admirer of cardio, pilates, and spin (cycling) classes that aid in providing her a lean physique along with burning off the excessive calories.

After finishing her workout, Megan Fox goes through a cool down and stretching session. It helps in relaxing her muscles along with releasing toxins.

How does Megan Fox stay in shape?

Megan Fox stays in shape by following a strict workout routine and feeding her body with the five-factor diet. She performs resistance training sessions taking little rest in between the sets, which helps her in burning off excess calories and keeps her in excellent shape. Her five-factor diet comprises five small meals in a day. None of it contains any carbs.

We expect that this post would have indeed provided you with everything you needed to know about Megan Fox’s workout plan. Just make sure to perform this kind of workout under an experienced trainer. It would be best to consider your fitness levels before you start copying Megan Fox’s workout routine blindly. Start slow and be consistent. That will help you in attaining the physique that you have always dreamt about.