Standing tall at an incredible 6’8” and weighing a massive 320 pounds, Martyn Ford is an absolute beast. His well-chiseled body, when combined with his incredible stature, puts him in a league of his own.

Martyn Ford’s workout routine has a great role in keeping him a muscular beast. As a person with multiple interests, he trains his muscles for overall development in terms of both strength and agility.

Now, this multi talented actor-cum-bodybuilder is a familiar presence in Hollywood and several martial arts leagues around the world. His more than 3 million strong Instagram follower base is itself proof of his popularity around the globe.

However, things were never easy for this British actor. In his early youth, Martyn was a promising cricket player. It looked like Martyn Ford’s future was in professional cricket, until a severe injury shattered his hopes. His cricket career looked over after the injury, but Martyn wasn’t willing to give up on his sports dreams.

Therefore, instead of giving up, he went searching for something that suited him even better. That’s how he fell in love with bodybuilding. Since then, Martyn has been breaking headlines in the fitness world through his incredible physique.

And needless to say, Martyn Ford is an inspiration to everyone with fitness goals, especially for those who had setbacks in their life.

This article is an exploration of Martyn Ford’s workout routine that helps him maintain his fantastic physique. 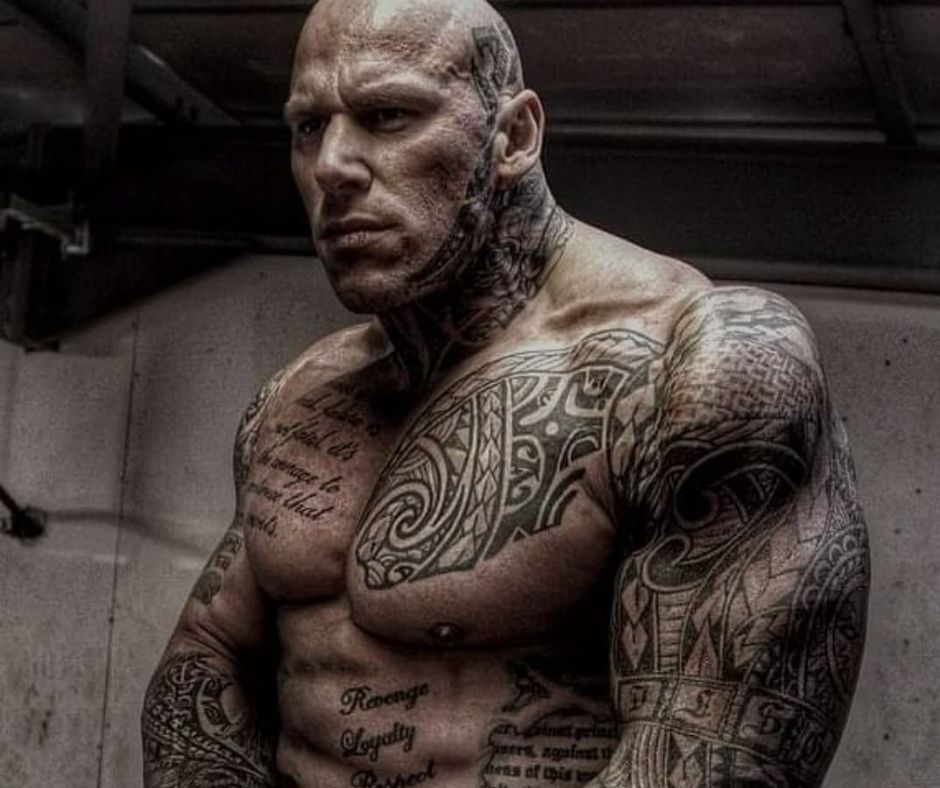 Besides hitting the gym regularly, Martyn Ford actively participates in several other sports, including martial arts and swimming. According to Martyn Ford, diversifying the exercise routine is crucial for the overall well being of both body and mind.

When Martyn starts training, he completely dedicates himself to it, and nothing from outside can disturb him.

Martyn Ford’s strategy is quite simple – lift heavy weights for bigger muscles, but never overdo anything. Additionally, he goes for drop sets and negative reps to complete his training.

Martyn Ford has the habit of modifying his workout program after every 12 weeks. It doesn’t mean he changes it altogether. Instead, it’s about strategy and periodization. And the overall workout routine outline remains the same. 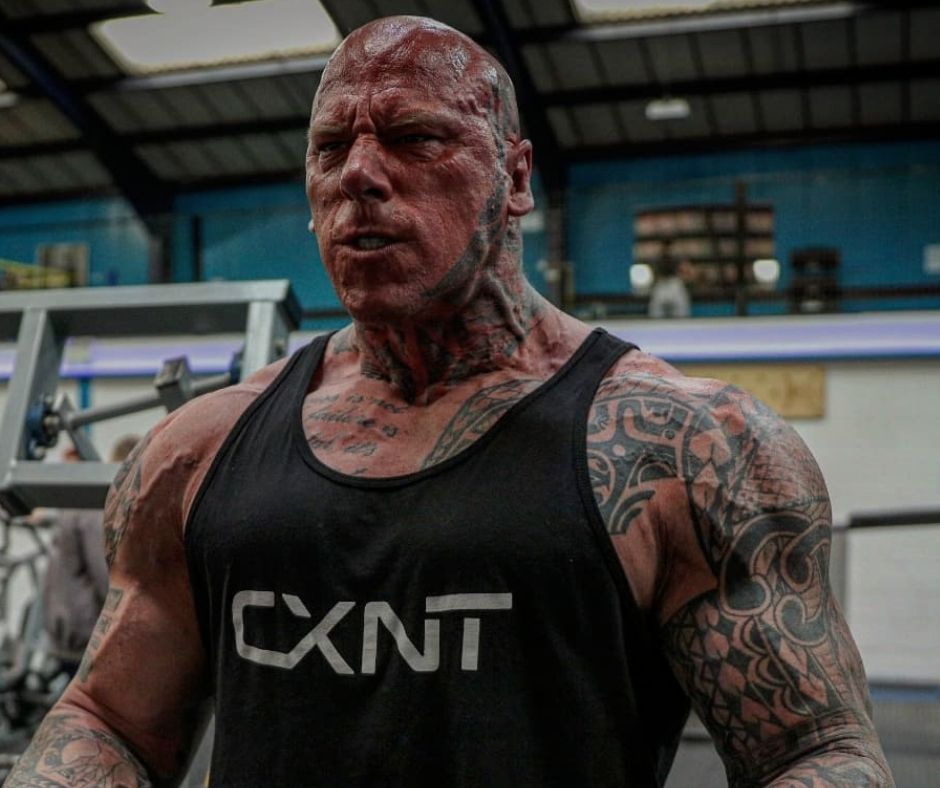 Martyn Ford believes in the importance of giving individual care to different muscle groups while working out. Also, his workout sessions are usually short, as his professional work schedule is strict.

Due to these reasons, Martyn trains one muscle group each day, starting from the chest on Mondays to arms on Fridays. On the weekends, he either takes rest or engages in some other sports.

Martyn Ford isn’t necessarily into professional bodybuilding. Rather, he focuses more on tuning his body fit enough for his movies and MMA competitions. Therefore, his bro split workout plan is aimed at maintaining him in shape, and not in bulking.

However, as a man of more than 300 pounds, he has to go for higher weights to make an impact on his massive body.

Here is Martyn Ford’s workout plan that helps him do just what is sufficient to maintain his muscular physique:

Martyn Ford’s workout routine is unique, yet simple. His goal is to maintain those muscles, and to stay fit overall, in terms of both strength and agility. Such a workout plan is in fact, perfect for someone who is into more than bodybuilding.

So, if your dream is an overall physique that is suitable for a diverse mix of sports, you can surely try Martyn’s training routine.

For Martyn Ford, things are pretty simple- if you put effort, you will definitely get your results, and that’s the beauty of bodybuilding. Most importantly, always stay motivated, and believe in yourself.