When it comes to the physical transformation of Hollywood actors, to cater to the requirements of certain roles, Mark Wahlberg undoubtedly acquires a prominent position. Who can forget his muscular physique in the 2013 released action comedy film “Pain and Gain” where he played the role of a Miami bodybuilder. For that role, Mark Wahlberg put on a decent amount of quality muscle mass on his frame and went on to inspire newbies who day-dreamed to look as muscular as him.

Mark Wahlberg went through a strict training program to acquire a muscular physique which impressed his fans around the globe. Mark Wahlberg’s workout plan is like that of a typical bodybuilder who intends to put on size in the form of dense muscle mass. He gave his 100% to his workout program and came up with a physique that really impressed his fans and followers. This celebrity workout guide will give you complete information about his workout routine. It will also throw some light on the disciplined lifestyle of Mark Wahlberg that made him a macho star of Hollywood. 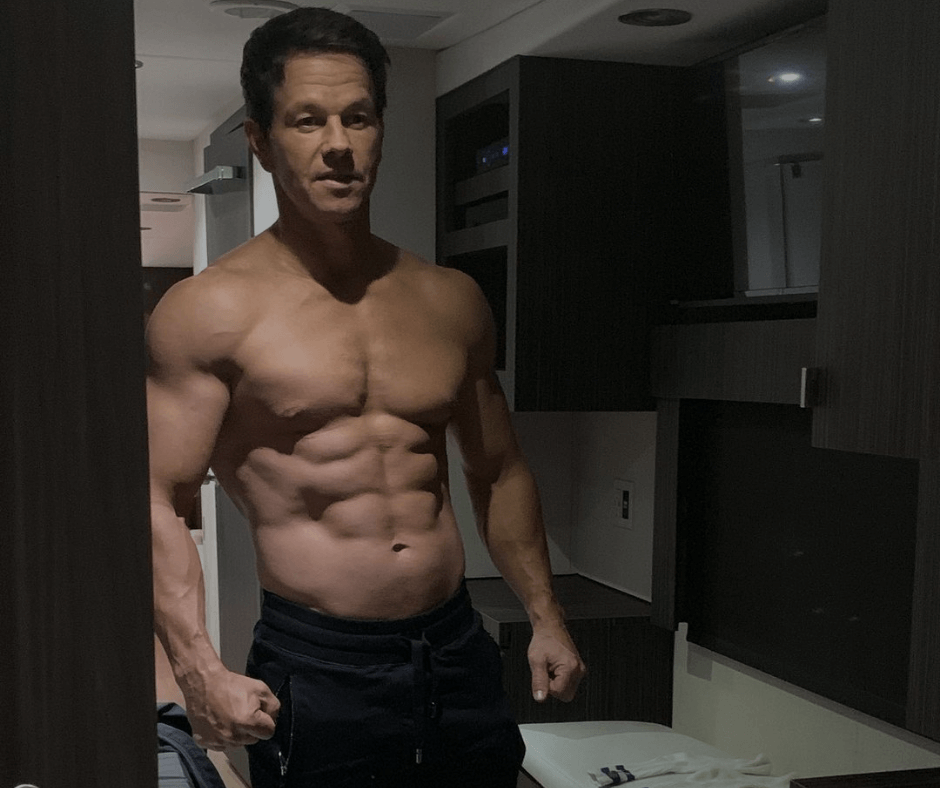 Every other person who watched the movie Pain and Gain was awestruck by the muscularity of Mark Wahlberg. He was playing the character of a Miami bodybuilder named Daniel Lugo. Mark Wahlberg made sure to look the part and brought complete justice to his character. He was weighing around 165 lbs for his previous role and he worked himself up to 205 lbs in just 4 weeks. His physique carried enormous muscle mass that made him look big and strong.

Mark Wahlberg has stated that he makes up most of his workouts all by himself. His workout program involved training with heavyweights that helped him in putting on the muscular size. His training program also made the use of intensity techniques like supersets. He did not include a lot of cardio workouts in his exercise routine as he was targeting to put on as much muscle mass as possible. 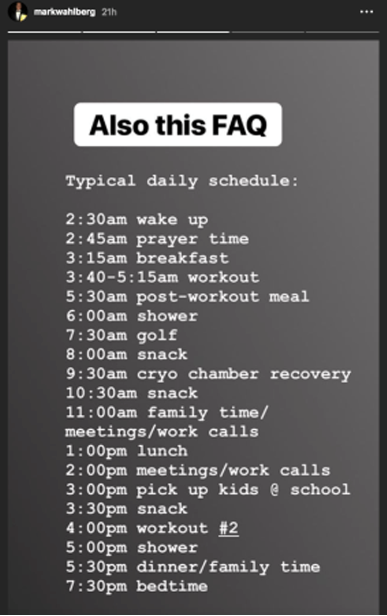 We know that you would have expected that his lifestyle would have been all about partying, dining outside, and vacationing around the globe. Well, it’s only partly true. When it comes to preparing for his movie roles, especially those where he has to look muscular, Mark Wahlberg leaves no stone unturned and follows a strict and disciplined lifestyle. Mark’s dedication towards his training programs is unmatchable. His body transformation, in which he gained 60 lbs of muscle mass in just a few weeks, is an outcome of the same.

Mark Wahlberg workouts for days a week. He takes a break from his intense workout program on Wednesdays and Sundays. Those days are focused on rest and recuperation. He likes to enjoy his rest days by spending time with his family.

Mark performs the two exercises of supersets in a back-to-back style with no rest. When he finishes one superset, he takes a break of 45 seconds before proceeding to the next superset.

Mark Wahlberg’s workout routine is not only confined to lifting heavyweights. Rather he prefers to have a holistic approach towards fitness. Mark Wahlberg’s workouts start with RAMP (Range of motion, Activation, Movement Prep). He performs movements like Spiderman stretch, foam rolling, hip bridges, etc. Then he performs some unilateral and bilateral strength moves using dumbbells, kettlebells, TRX, and heavy bands. He also makes sure to include certain drills for the lower body that promote agility and balance.

Apart from following a strict workout routine, Mark Wahlberg also includes cryotherapy in his training program. Cryotherapy involves sitting in a chamber where the temperature drops down to around as low as 150 degrees below zero. Numerous experts advocate the benefits of cryotherapy sessions. They claim that cryotherapy aids in reducing inflammation and soreness. It helps in improving the quality of sleep as well.

How many days a week does Mark Wahlberg workout?

Mark Wahlberg workouts 5-days per week. He takes two days off from his workout routine for rest and recovery.

One cannot deny the fact that Mark Wahlberg possesses one of the best physiques in Hollywood. He thoroughly enjoys his training sessions and keeps on making certain modifications to his workout plans based on the role that he is preparing for.

We expect that this post would have provided you with all the information about Mark Wahlberg’s workout routine. Give it a try and watch out for yourself how it benefits you.