LeBron James is one of the most celebrated names in the current scene of Basketball. He created history by being the youngest person to score 40 points in a single game and then went on to become the youngest person to win the Rookie of the Year Award. Undoubtedly, he is one of the best and the most talented players in NBA history. It is pretty challenging to list all his achievements in a single post. He has won the NBA championships three times, NBA Most Valuable Player Award four times, and NBA Finals MVP Awards three times. He has also won two Olympic gold medals that truly speak a lot about his skillset and game-playing abilities that make him nothing less than a legend.

In this athletic workout guide, we are going to provide you a detailed overview of his workout program that he religiously follows. It is intense, brutal, and not for the faint-hearted. But we can assure you that following such a workout program will bring out the best in you. So without further ado, let’s have a look at the workout routine of King James that makes him an undisputed champion. 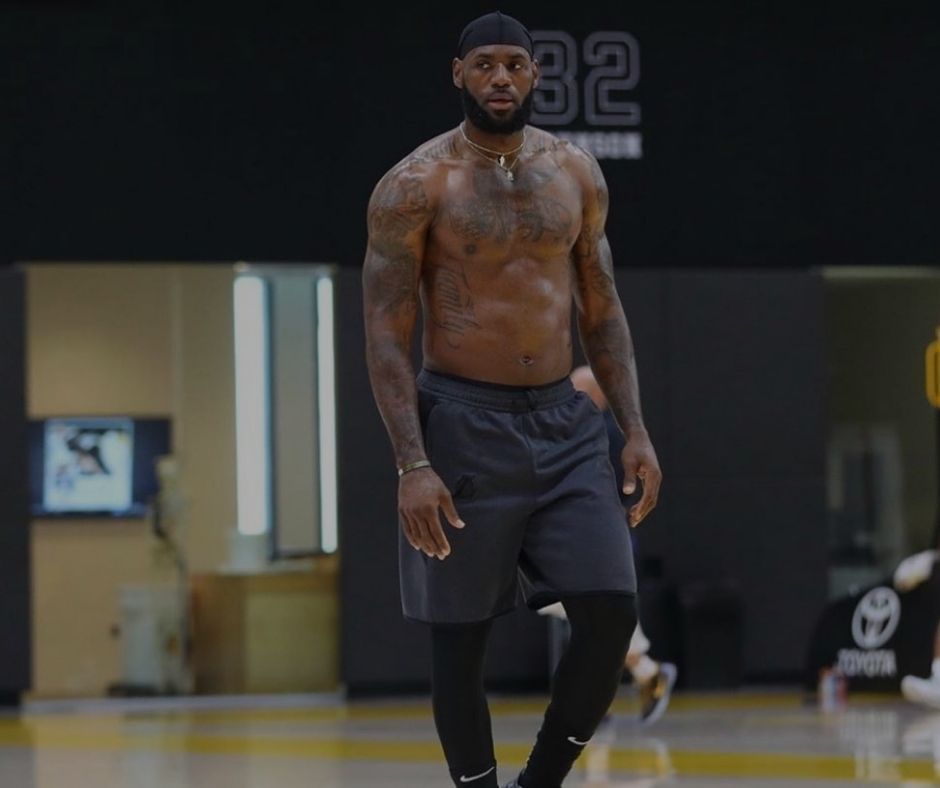 The overall workout plan of LeBron James is quite intense and disciplined. His exercise routine includes traditional exercising, athletic training, muscle building, and many other workout disciplines like yoga and pilates. His home gym itself has various advanced gym equipment that prepares this world-class athlete to give his best shot every time he sets his feet on the court. He is having a penchant for exploring every aspect of physical fitness.

Apart from giving 100% to his intense training sessions, LeBron James is also concerned about overall muscle recovery and optimal blood circulation. He makes sure that apart from working on his physical fitness, he also gets certain things done to work on his mental fitness. Certain reports have suggested that he uses a hyperbaric chamber. It helps in increasing the oxygen levels, which work towards enhancing mental acuity. Ice baths, massages, manicures, etc., have also been a crucial part of his training program.

Talking specifically about LeBron’s workout routine, it exudes a great deal of versatility. He performs high-intensity strength training, pilates, yoga, core exercises, and meditation. The VersaClimber machine happens to be his most favorite. So whether it is the playing season or the off-season, James makes sure to sweat it out on it. It combines upper and lower body exercise and boosts the cardiovascular system. LeBron James’ gym workouts make the use of intensity techniques like supersets to provide him a challenging workout. 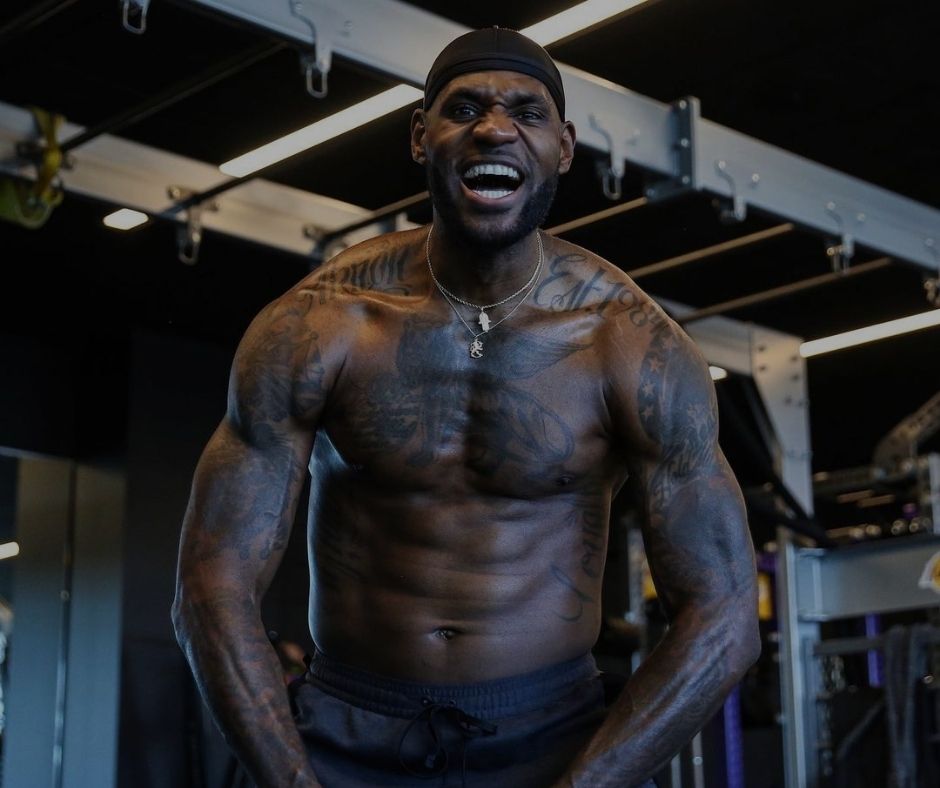 Discipline happens to be the foundation stone of LeBron James’ workout routine. His dedication to making improvements on his physical and mental levels is simply unmatchable. LeBron workouts for 5-7 days a week. Fitness classes like spin, pilates, and versa climber happen to be a crucial part of his training program. You can get an idea about his dedication as he sticks to his workout routine even when he is supposed to be resting up. He wakes up at 5 AM and his everyday workout routine includes the following:-

The amalgamation of different exercising disciplines in LeBron James’ workout routine works on different aspects of his physical and mental development. All these results in enhancing his overall performance on the court.

The following table will elucidate the exercises and their respective sets/reps that LeBron James performs to work on enhancing his agility, endurance, speed, and athleticism that makes him an ace-level athlete. Let’s have a look at it.

LeBron James also goes through his daily basketball sessions to work on his technique and to improve his overall gameplay. When it comes to his cardio workouts, LeBron James often prefers to mix up things and takes classes in spin or versa climber.

Undoubtedly, the workout routine of LeBron James is very high in intensity. Being an ace-level athlete who has a decent level of experience in the sport, his workout routine can be quite suitable to him. But don’t make the mistake of copying his workout routine from the very first day of working out. It will wear you out in no time. We recommend you initially take baby steps and gradually work your way up. Progressing this way will also help you in avoiding any probable chances of injury.

Last but not least, we would recommend you to follow the LeBron James workout routine under the supervision of an experienced coach or trainer. This way, you would be able to gain the most out of his workout plan.