Lazar Angelov is one of the most popular faces in the current scene of bodybuilding and fitness. He was born on the 22nd of September 1984, in a town called Sofia in Bulgaria. Apart from being a bodybuilder, he is also a fitness model and a fitness trainer. He has helped and motivated a plethora of fitness fanatics through his online training programs. He even claims that his fans and clients are the prime source of his motivation. This workout guide will provide you with a detailed view of Lazar Angelov workout routine.

Lazar Angelov used to play basketball back in his younger days. He used to have two basketball workouts in a day along with a weight training oriented workout in between. Angelov has an ectomorph body type. Performing a lot of aerobic exercises back then was acting as an obstruction for him to put on muscle mass. Moreover, he had no idea about how he should structure his diet.

Lazar also spent a year in the army after he stopped playing basketball. The lifestyle of an army personnel also took its toll on him and he went completely out of shape. When he stepped into the world of fitness and bodybuilding, financially he was not very well off. He had to work two jobs to make enough money to support his dream of being a reputed figure in the field of fitness and bodybuilding. He has to work as a personal trainer during the day and as a security guard at night. 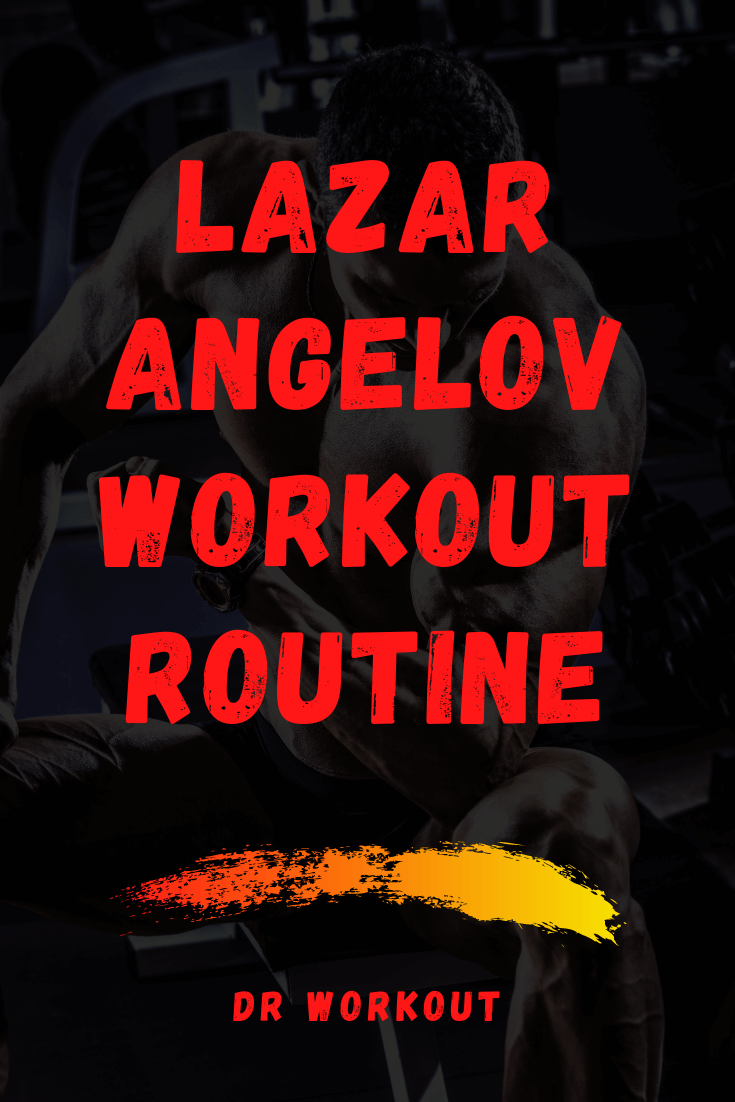 Lazar Angelov has always been an admirer of heavy workouts. He says that irrespective of his bulking or cutting phases, he prefers lifting heavy. There is a reason behind this. He claims that training with heavier weights helps him in maintaining his muscle density. Lazar’s workout plan is simple yet effective.

Lazar Angelov prefers to perform different exercises every time. The squat, deadlift, and bench press are an exception as they are always present in his workout routines. However, he prefers to do them in a different way every time.

Undoubtedly Lazar Angelov is gifted with strong and superior genetic predispositions, but even then, Lazar Angelov has put in sufficient amounts of hard work on his physique which makes him look muscular as well as aesthetic. Lazar Angelov prefers working out five times a week. On the weekends, he provides his body a break from his gruesome training and focuses on rest and recovery.

Lazar Angelov is a staunch proponent of following the basic bodybuilding principles. He is strongly against the idea of those fitness trainers and fitness models who keep on switching up the things to provide the muscles with adequate stress. He further claims that a 5-8 rep range per set is ideal to promote muscle hypertrophy. If you follow this rep scheme along with making room for progressive resistance in your training program, you will surely gain quality muscle overtime.

Lazar Angelov prefers sticking to the basic bodybuilding principles along with making certain modifications to them to suit his individual requirements.

Lazar Angelov workout schedule follows a very basic approach when it comes to his cardio sessions. He runs the same distance in every cardio session and he attempts to finish that distance faster than his previous time. He also switches between 1 minute of sprinting and 1 minute of walking for a certain period of time. Lazar doesn’t include cardio in his workout schedule for a long period of time as it causes him to lose his muscle mass.

Even though Lazar Angelov is now a prominent figure in the world of fitness and bodybuilding, his aspirations have not subsided. He says that his next goal is to promote fitness around the globe. He also claims that he is striving to make the physique of a fitness model standard for a male body.

Lazar has been in the field of bodybuilding for a long time and blindly copying his workout program might have adverse impacts on you. Hence, we would suggest you to have expert supervision for the same. We expect that this write-up would have provided you with everything that you needed to know about the Lazar Angelov workout program.