Larry Wheels is a world-famous American strongman, powerlifter and bodybuilder. He was born on the 3rd of December 1994. Larry has marked his prominent presence in the world of strength sports owing to his massive physique that possesses enormous and superhuman strength. He has made many records in the arena of strength-related sports and strives to achieve even more.

When it comes to his social media handles, he enjoys and cherishes the love of a huge fan following. He has visited many countries to greet his fans and to show them his various feats of strength. Wheels also runs his own supplement and clothing company that is known by the name PRLifestyle.

The Larry Wheels that you see today has survived a period of poverty and hunger. He grew up in the neighborhoods of the Bronx in New York. He always intended to become bigger and stronger so that nobody could bully him. The foundation of Larry Wheels’ massive physique that you see today was laid down by doing numerous push-ups, pull-ups, and sit-ups every day. His mother also noticed his dedication towards lifting and helped him in building his own weight set. Training with those basic equipment helped Larry in becoming stronger and bigger gradually.

Finally, in his late teens, Larry began working at the job which enabled him to pay for his first gym membership. His gym training sessions awarded him a physique that was big, strong, and about to make history in the world of strength-oriented sports.

Larry Wheels has undoubtedly become an epitome of massive size and superhuman strength. If the Incredible Hulk would not have been a fictional character, he would certainly be Larry Wheels. 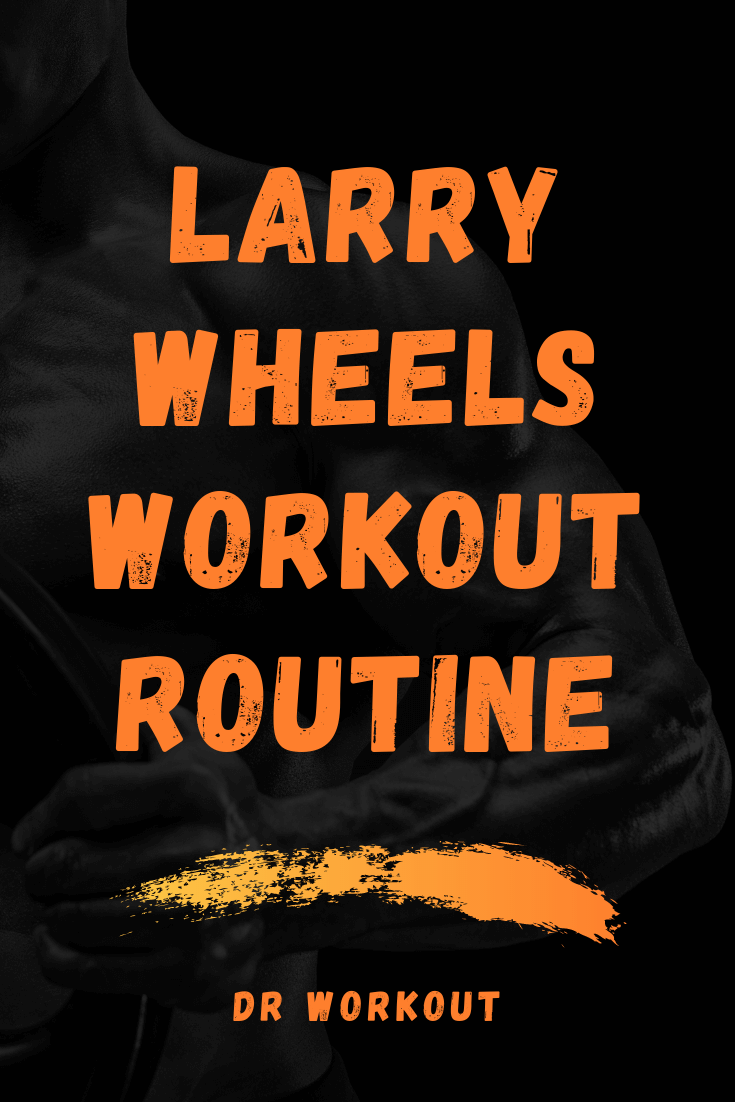 If one has to describe the workout program of Larry Wheels in one word, it would be termed as brutal. Larry has undoubtedly worked his way up to become a world-renowned powerlifter.

Larry Wheels program dedicates each day of the week to train a certain muscle group. To fuel his body to get through his intense workouts, he eats around 8-9 meals a day.

The real growth occurs outside the gym when you are feeding your body along with making provisions for rest and recovery. Larry Wheels abide by this principle too. His weekly workout routine at least has a day of rest in which he focuses on recovery and recuperation. Moreover, being a powerlifter, he has to get his body adequate recovery periods to recuperate well from his intense powerlifting oriented workouts.

Larry Wheels has a great fascination for training and hence he gets trained in a variety of lifting routines. At times he chooses to go with a conventional powerlifting workout plan. While other times he goes with either a typical hypertrophy-oriented bodybuilding training or a strongman training. If you follow him on social media platforms and YouTube you must be familiar with the fact that Larry also trains for arm wrestling. At present, he is attempting to make a strict curl world record. The following section will give you a detailed overview of Larry Wheel Workout Routine.

How many days a week does Larry Wheels train?

Larry Wheels training program consists of 5-6 days of training in a week which aids him in putting on the monstrous size that he is known for.

Does Larry Wheels do cardio?

Larry Wheels’ workouts are more directed towards strength gaining and promoting hypertrophy. Owing to this factor, cardio sessions don’t have space in his training program. However, when he targets to get leaner, he includes cardio in his training routine which helps him in burning the unnecessary fat along with keeping his body in a better condition.

Larry Wheels has made a prominent mark for himself in the field of competitive powerlifting. Larry had made great achievements even in his early twenties. His journey to the top is nothing less than a story that will continue to inspire the upcoming generations. Even though Larry is renowned for his great victories and achievements, he is still on his way to push through the limits and set many more world records.