The name “Kobe Bryant” does not need any introduction. Being one of the greatest players of all time, Kobe used to play for Los Angeles Lakers (National Basketball Association). His playing skills made him set multiple world records. He also received numerous accolades and achievements throughout his career that extended for around two decades.

Kobe Bryant had also nicknamed himself “Black Mamba” after watching the movie “Kill Bill”. He had said that “Black Mamba” is his alter ego whom he created to separate his personal and professional life. In his personal life, he was Kobe Bryant, and when he was on the court he was the Black Mamba ready to dominate the opposing team with his exceptional playing skills. He also coined the term “mamba mentality” which referred to a mindset in which a person consistently tries to be the best version of himself/herself. Bryant undoubtedly lived by that mentality and his exceptional game skills were just an outcome of it.

The effortlessness and ease with which Kobe used to play is simply astonishing. Kobe Bryant had earned his gaming proficiency owing to his work ethic. His dedication towards bettering his capabilities and his skills are unparalleled to this day. In this athletic workout guide, we will be providing you with a detailed overview of Kobe Bryant workout routine that simply made him one of the greatest basketball players of all time. 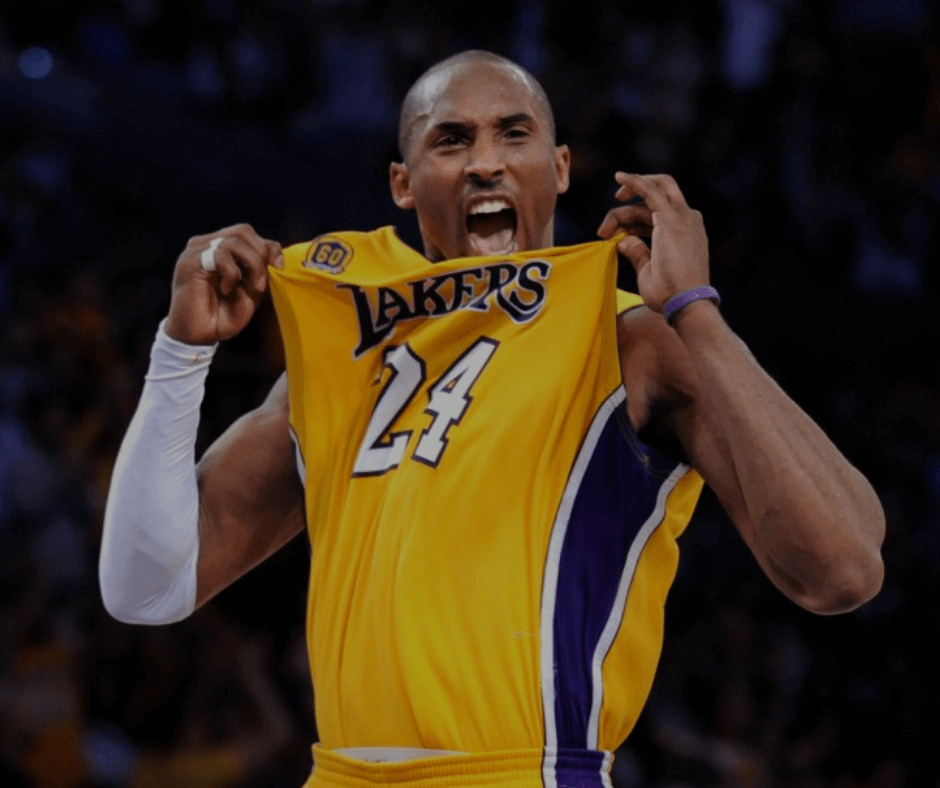 Kobe Bryant workout program was unique and it effectively worked for him. A normal individual may find that kind of workout program too taxing. It was the same program that made Kobe Bryant one of the most celebrated basketball players who ever walked the earth. Kobe used to follow a workout plan, during his off-season, that was termed as “666 workouts”. It was named so because following it, Kobe used to workout 6 hours a day, 6 days a week, and 6 months a year. The 6 hours a day training which Kobe used to follow was divided into practicing basketball skills, performing weight-lifting and track work. Each activity was given two hours.

Track work helped Kobe to enhance his overall agility and mobility. On the other hand, weighty training worked on his overall strength and explosiveness. Kobe Bryant used to perform 8-12 reps per set per exercise which promoted muscle hypertrophy.

Kobe Bryant workout can be split as follows:-

Kobe Bryant weight training workout routine included both traditional and Olympic workouts. Traditional lifting aided in providing him with strength and stamina. On the contrary, performing Olympic lifts worked on improving his high verticals and explosiveness.

His workout routine included a lot of track work. It provided him with speed bursts that used to help him to move at lightning fast speed on the court. At times, he also used to go with high-intensity-interval- training aka HIIT. While performing HIIT he used to sprint for 100 yards then walked or jogged for the next 100-400 yards.

Kobe Bryant used to spend 2 hours per day on practicing and improving his basketball skills. He used to make 700-1000 shots in a day. His shooting drills consisted of taking shots from 5 designated areas around the court. Before jumping on to the next location, Kobe used to make 19 shots at each location. He used to start his shooting drills with mid-range shots. Afterward, he used to move to the three point line. He worked on his pivot jabs, post-up shots, footwork, turnaround shots, and layups at the end.

Kobe Bryant workout schedule was excessively brutal in nature. His workout schedule mixed up weightlifting, track work, and practicing basketball skills. This further made sure that he got an adequate level of training that served as the foundation of his superhuman performance.

Kobe Bryant exercise routine was structured in a manner that included track work, practicing basketball skills, cardio as well as weightlifting. A random training session of Kobe Bryant looked something like this:-

Kobe Bryant always made sure to have a rest day after working out strenuously for six days of the week. He believed that resting is an essential component of an effective weight lifting training program. It relaxes the muscles and promotes their recovery and recuperation. It also helps in reducing the chances of injuries.

How many times a day did Kobe workout?

Kobe Bryant was renowned for his work ethics. He was so passionate about putting in the efforts that he used to workout strenuously once or even twice a day at times.

How many hours of sleep does Kobe Bryant get?

Kobe Bryant used to sleep only for 4 hours. He used a technique which is known as segmented sleep, also referred to as biphasic sleep. He used to break up his sleep into two different parts.

We expect that this post would have motivated you enough to try out the Kobe Bryant workout routine. It is very unfortunate that a player who had so much potential and capabilities had to bid adieu to us too soon. Nevertheless, his legacy will live on forever and it will keep on motivating and inspiring the future generations.