Kai Greene is undoubtedly one of the most celebrated bodybuilders of the present bodybuilding era. His monstrous size, muscle definition, and flexibility have made him nothing less than a phenomenon in the arena of bodybuilding. When he steps on the stage for a competition, his weight is usually between 116-121 kilograms. But his massive physique doesn’t act as a barrier in allowing him to perform some steps while posing. Kai is huge, muscular, and flexible. Is there anything else that is required in a top-notch bodybuilding physique? Certainly not. This workout guide is going to give you a descriptive overview of Kai Greene Workout Routine.

The best thing about Kai Greene is that he is not just physically strong; his mental fortitude has also enabled him to surpass many barriers. His story is truly one of those where the hero fights his way through numerous adversities to rise to the top.

Kai Greene was born in Brooklyn, New York. He was sent to an orphanage when he was six. In the following ten years, he switched many foster families too. He found immense satisfaction in exercising and lifting weights.

When Kai was in seventh grade, his overall physical growth and development caught the attention of his English teacher. She suggested Kai to compete in a teen bodybuilding competition. And the rest as we know is history.

His passion for bodybuilding got channelized with his bodybuilding career. Now he knew what he was made for. The 5th Avenue Gym became his second home where he got to train with some of the best natural bodybuilders including Denise Richardson, Carmi Smith, and Kenny Hall.

Kai Greene became a PRO bodybuilder even before his 19th birthday. This further helped him to take his bodybuilding career to newer summits. Kai still holds the position of the youngest Pro bodybuilder in the world.

The main highlights of Kai Greene’s physique is his back and his peaking biceps. His wide back truly spreads like a barn door and exudes great detail and definition. His popping biceps are surely one of the best in the current bodybuilding scene. With eye-catching physical features, he has won numerous bodybuilding championships along with earning the alias “the Predator”. 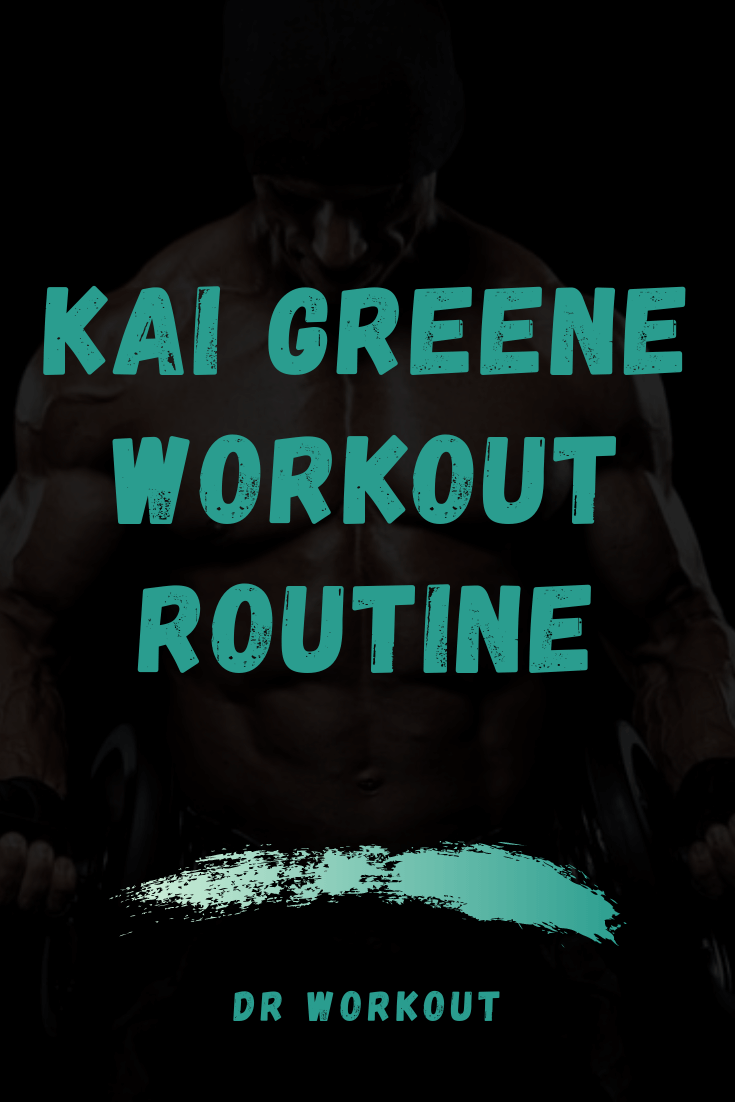 Kai currently follows a workout plan that enables him to train his body five times a week. He follows a split style workout program where most of his muscle groups are assigned one day of the week.

The following section will give you some detailed information about Kai Greene workout routine.  We will also let you know about certain things that Kai Greene is particular about his workouts. Let’s proceed to have a look at the exercise routine of one of the most celebrated bodybuilders of this generation.

For a regular gym-goer, the workout plan of Kai Greene might look absolutely brutal. Each of his workouts is targeted towards improving certain muscle groups.

Kai Greene usually prefers to start every day of his workout routine by training his core muscles followed by some stretching. He is of the opinion that since the core muscles assist in almost all the lifts, it becomes imperative to train and prepare them before proceeding with other exercises. His core workouts comprise of performing 3-4 sets of 20-30 reps of the following exercises:-

Kai Greene is a staunch proponent of high volume training. He believes that training with heavy weights acts as a hindrance to establishing the perfect mind-muscle connection. He further adds that for ensuring desired muscle growth it is needed to have a strong mind-muscle connection that can be achieved with lighter weights and slower reps.  Primarily he focuses on controlling the weights to get proper stimulation of muscles in both concentric and eccentric phases. Let’s have a look at his training program:-

Here are some points that will let you know about some peculiarities that Kai Greene takes care of while performing certain exercises:-

How long does Kai Greene Workout?

Every single workout of Kai Greene starts with 15-20 minutes dedicated to abs and stretching. Thereafter, he trains for around 90-120 minutes targeting his certain muscle groups.

We are sure that you are surely fascinated by Kai Greene’s workout routine. However, you need to be extremely cautious if you want to follow his brutal workout program. In fact, we suggest you to follow Kai Greene workout routine only under an experienced coach’s or trainer’s supervision.

We expect that you have liked this workout guide just the way you like Kai Greene.