Do you need an introduction for Joe Rogan? The world’s highest-paid podcaster, champion in martial arts, color commentator for the UFC, and a successful comedian, Joe Rogan is what many of us aspire to be.

He has been practicing martial arts since his teenage days. Throughout his life, this successful man has ensured he’s a human weapon. He has been a taekwondo champion in his school days too. For him, his workout plan is to enjoy an improved lifestyle.

He runs after improvement, as we can understand from what he once said in an interview. According to Joe Rogan, everything that a person does is to become a better person. We are constantly striving to improve. With this aim, he formulates and follows his workout plan.

If you are a fitness freak and Joe Rogan is your inspiration, you have come to the right place. In this guide, we have discussed Joe Rogan’s training routine in detail. Without any further delay, let’s see what Joe Rogan’s workout plan consists of. 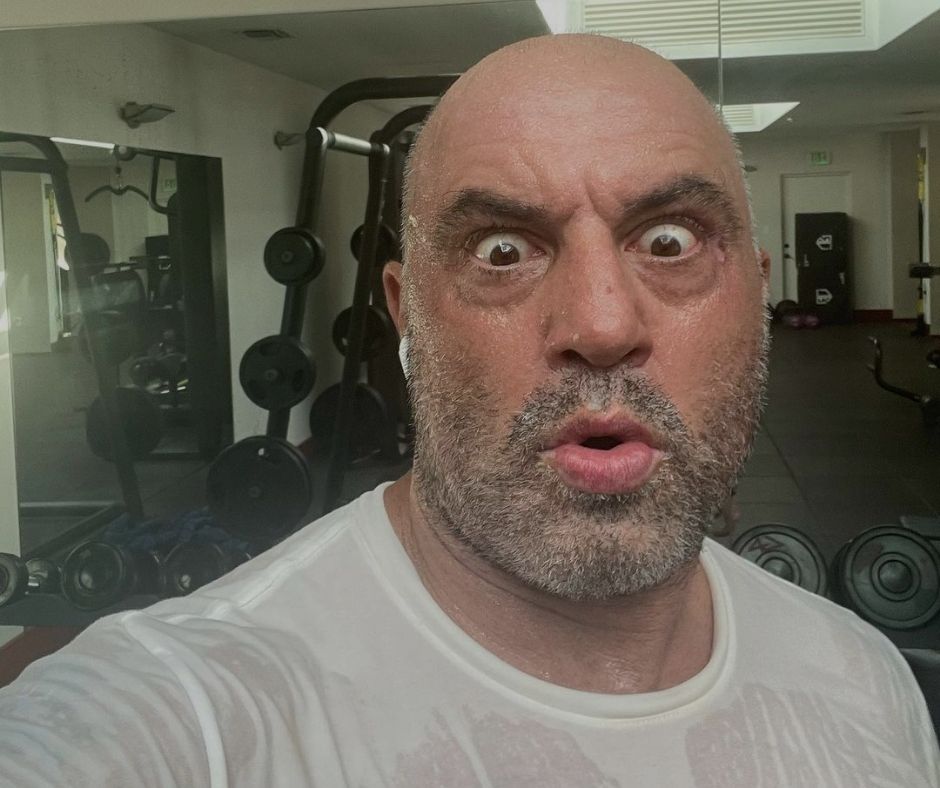 Going through Joe Rogan’s workout routine, you would understand he mainly focuses on increasing his strength . He also gives enough time to do cardio exercises. His training program stretches for 5 consecutive days a week.

He gives equal importance to weightlifting, cardio, and MMA training. Joe also ensures his body relaxes and recovers entirely on his off days.

Joe plans his workouts every Sunday. Usually, he indulges in yoga three times a day, does weightlifting at least 3 times a week, and runs twice.

The best part about Joe’s routine is that he strives to stay consistent, no matter how hectic his lifestyle gets. Recently, he has added kickboxing and Jiu-Jitsu to his workout plan.  His 5-day workout split is as follows:

Let’s now go through his workout routine in detail.

Are you ready to lift weights in Joe Rogan’s style? If yes go through the workout table that we have mentioned below.

But before we go into the details, remember that Joe doesn’t push himself to his limits. Instead, he builds his body strength gradually. He believes that instead of doing the same rigorous exercises and workouts for consecutive days, it’s better to focus on one workout per day, without blowing one’s body out. Gradually the body will get stronger.

One can see from the table mentioned above that Joe Rogan highly focuses on increasing functional strength. He indulges in a lot of functional workouts like kettlebells, battle ropes, etc.

Joe indulges in weightlifting at least 4 times every week. According to him, weightlifting aids in increasing his functional strength. He uses a variety of equipment for this purpose like kettlebells, battle ropes, maces, and dumbells.

Previously, Joe Rogan’s didn’t include cardio. However, currently, Rogan does a lot of cardio exercises ranging from HIIT moves to running with his dog to gain explosive energy and gather athleticism. sometimes he runs on the treadmill. He gives at least two days a week for cardio training.

Who doesn’t know the importance of yoga?  Joe Rogan believes in the benefits of yoga and has been doing it for a long time.  He practices both normal and hot yoga. Joe never fails to devote one day of the week to yoga entirely.

Not only is Joe Rogan a popular commentator in the MMA, he, in fact, but also practices it. He’s a former champion in taekwondo. Now, he’s enjoys training for brazilian Jui Jitsu and Muay Thai.

After his workout sessions are over, he participates in sauna sessions. Even on his rest days, he loves to enjoy sauna sessions. He is also seen meditating frequently. For fast recovery and cell rejuvenation, Joe Rogan tries out techniques like cryotherapy.

One major aspect of his entire workout program is that he never works out to failure, instead, he works out to perfection. In an interview, he went on to say that where he could do 10 reps, he doesn’t do 10 reps.

He stops at four or rarely five. This is called the Pavel tsatsouline protocol and Rogan strictly follows it.

Rogan never believes in draining all energy in one day and the next day not being able to even walk. He believes in gradually building up strength by focusing on perfection. According to Joe Rogan, following the Pavel tsatsouline rule has several benefits.

Besides doing cardio, weightlifting, and yoga, he’s been a mixed martial artist since his teenage days. We have already mentioned what an expert he’s at the taekwondo form of martial arts.

Have you ever listened to his popular podcast, the Joe Rogan experience? If you consider Joe Rogan as your fitness inspiration, you must listen to it as he mentions the different kinds of techniques he uses to maintain his engaging workout routine and facilitate fast recovery. He mentions techniques like sauna sessions, stem cell rejuvenation cryotherapy, and isolation tank mediation. He believes for the maximum recovery of one’s body after a strenuous workout session, allowing the body and mind to relax is crucial.

A lot of people wonder what makes Joe balance his mental and physical state so well. The secret to his effective workout routine is the various techniques we just mentioned above. Be it exercises or relaxation techniques, he follows them regularly. Joe says being consistent is the key. Set shorter goals and strive to achieve them with determination. He advises his followers to set a weekly routine of exercises.

He believes keeping oneself focused in an important step towards achieving anything. Joe is a curious learner and loves to read books to relax his mind. These are some ways in which joe keeps his sanity intact whilst such a hectic lifestyle. Follow these tips from Joe Rogan and you too are sure to achieve your fitness goals one day!