Jay Cutler is one of the most influential and renowned IFBB bodybuilder. He has won the most prestigious title of bodybuilding “Mr. Olympia” four times in his glorious career. Bodybuilding has been a major part of Jay’s adulthood. This article is going to be about Jay Cutler Workout Routine which provided him with one of the most remarkable physiques to ever walk the earth.

The main highlights of Jay Cutler’s massive physique are his feathered quadriceps and an overall definition that can even rival the Greek Gods. Nobody can forget the foot stomp that Jay Cutler did on-stage in the year 2009. His quads displayed size as well as aesthetics. Whenever Jay Cutler has stepped on the stage, he has been able to impress both the judges and spectators with his massive and defined physique.

From modest beginnings in amateur bodybuilding to being awarded the most coveted title of Mr. Olympia, Jay Cutler has undoubtedly come a long way. His achievements have played a prominent part in making him a renowned figure in the bodybuilding hall of fame. The whole credit of Jay Cutler’s outstanding physique goes to his brutal training sessions and an ultra-strict diet. The dedication that he has shown towards bodybuilding is simply unparalleled. Let’s have a detailed overview of Jay Cutler’s Workout Routine. 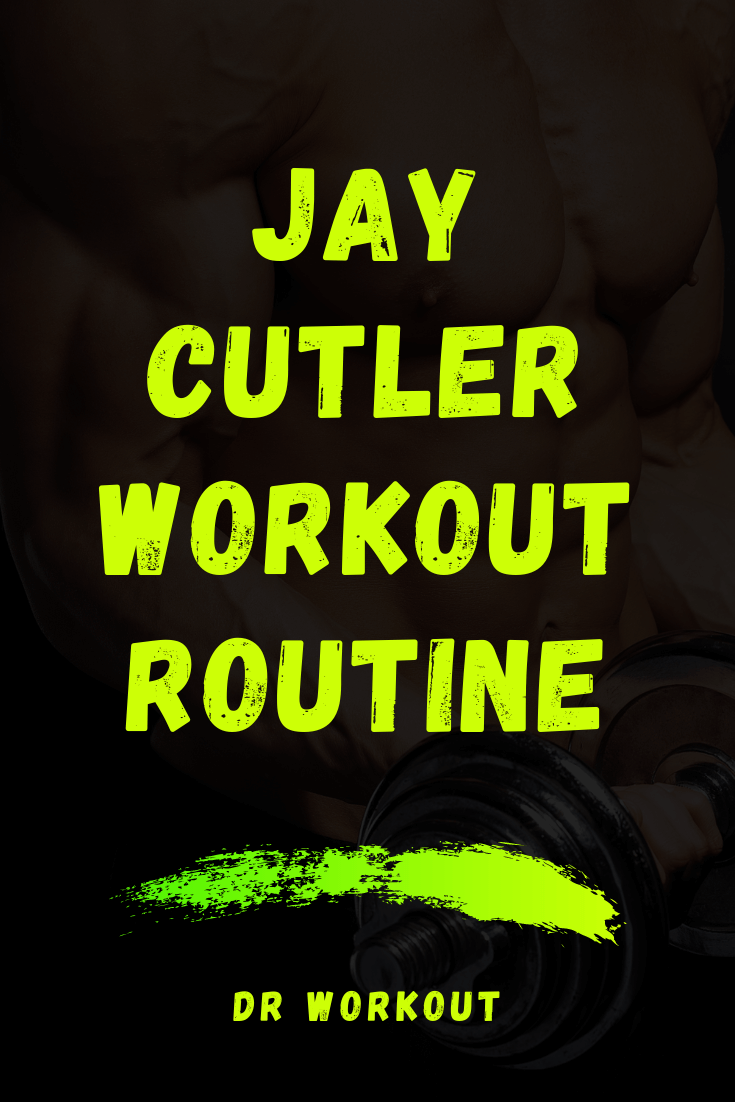 “Rome was not built in a day.” This hackneyed quote holds itself true for Jay Cutler’s physique as well which earned him the alias “mass monster”. His massive physique is the outcome of herculean training routines and heavy lifting that he went through for over two decades. His consistency and intensity towards his training program is truly unmatched.

When it comes to training, Jay Cutler prefers to focus on establishing the mind-muscle connection rather than loading up the bar with ultra-heavy weights. His workout routine is targeted towards following a high volume approach. Jay Cutler workout program involves performing a higher number of sets and reps for most of the exercises.

Jay Cutler is a fanatic when it comes to his training routine. He includes a variety of exercises in his workout plan that aid him in hitting each muscle group from different angles. The following table would give you a descriptive idea about the exercise routine of Jay Cutler.

Jay Cutler likes to mix up his exercises when it comes to his legs, arms, and back workouts. This aids him in hitting the respective muscle groups with different angles.

When it comes to his smaller muscle groups like biceps and triceps, he focuses more on muscle contractions rather than the weight lifted. At times he even trains his arms with light or moderate weights to establish a better mind-muscle connection. On the contrary, when it comes to larger muscle groups like the back and the legs, his training sessions exude a great deal of brutality.

How many days a week does Jay Cutler workout?

Jay Cutler prefers to workout for 5 days a week hitting most of his muscle groups once a week.

How long does Jay Cutler workout?

Jay Cutler’s training session varies between 60-90 minutes. It depends on the number of muscles he is training in a single workout session. He usually trains 1-2 muscle groups per session.

Before you start following Jay Cutler workout routine, we would advise you to make certain tweaks to his training routine so that it suits your individual requirements and training experience. Jay Cutler is nothing less than a genetic freak and his training program can be too challenging for you. Copying his workout routine blindly can also make you exposed to potential injury. Hence, we would recommend you to only follow his workout program under an expert’s supervision.

We expect that this workout guide would have provided you with all the information that you needed to know about Jay Cutler workout routine.