Participating in Mr. Olympia makes you a man with commitment, winning it makes you a conqueror, and winning it 4 times makes you a legend. I am talking about Jason Issac Cutler aka Jay Cutler, who won it in 2006, 2007, 2009, and 2010. This American Bodybuilder was born on August 3, 1973, in Worcester, Massachusetts. Jay has been featured on the cover of fitness journals like Muscle and Fitness, Flex, Muscular Development, and many more throughout his career.

From the early days, he was always actively diligent in sports. Be it football or any other form of physical workout, Jay was always excelling in them. By the time he attained 18 years of age, he was certain that bodybuilding is the realm he wanted to conquer.

He was good at lifting loads thus he always believed that he can pull off anything possible, especially related to pumping weights. He always said that he came into this arena to be the best and he proved it right as well. Trainer Marcus Rodriguez was the inspiration for this athlete which took him to new heights in later times. 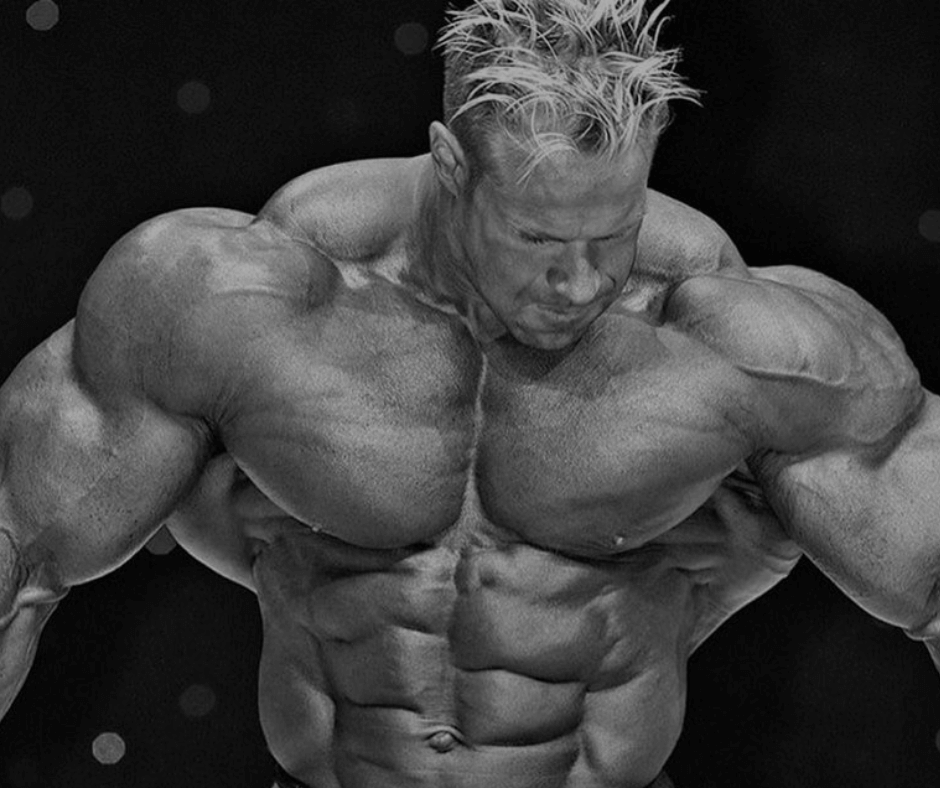 He competed in numerous events and he proved his strength and caliber at each one of them. Titles like Arnold Classic, IFBB Night Of Champions, Ironman Pro Invitational, British Grand Prix, Mr. Olympia, you name it, and this legend has it on his awards tally.

Conquering sports like bodybuilding demands hard work, rigorous training, and a substantial diet plan. In this bodybuilding diet guide, we are going to disclose what all diet is required, to be like him.

Jay Cutler’s meal plan consists of a good number of meals. He needs to eat at regular intervals to keep him going. He has to consume food in a planned way so that he can cover his quota of 4700 calories per day. 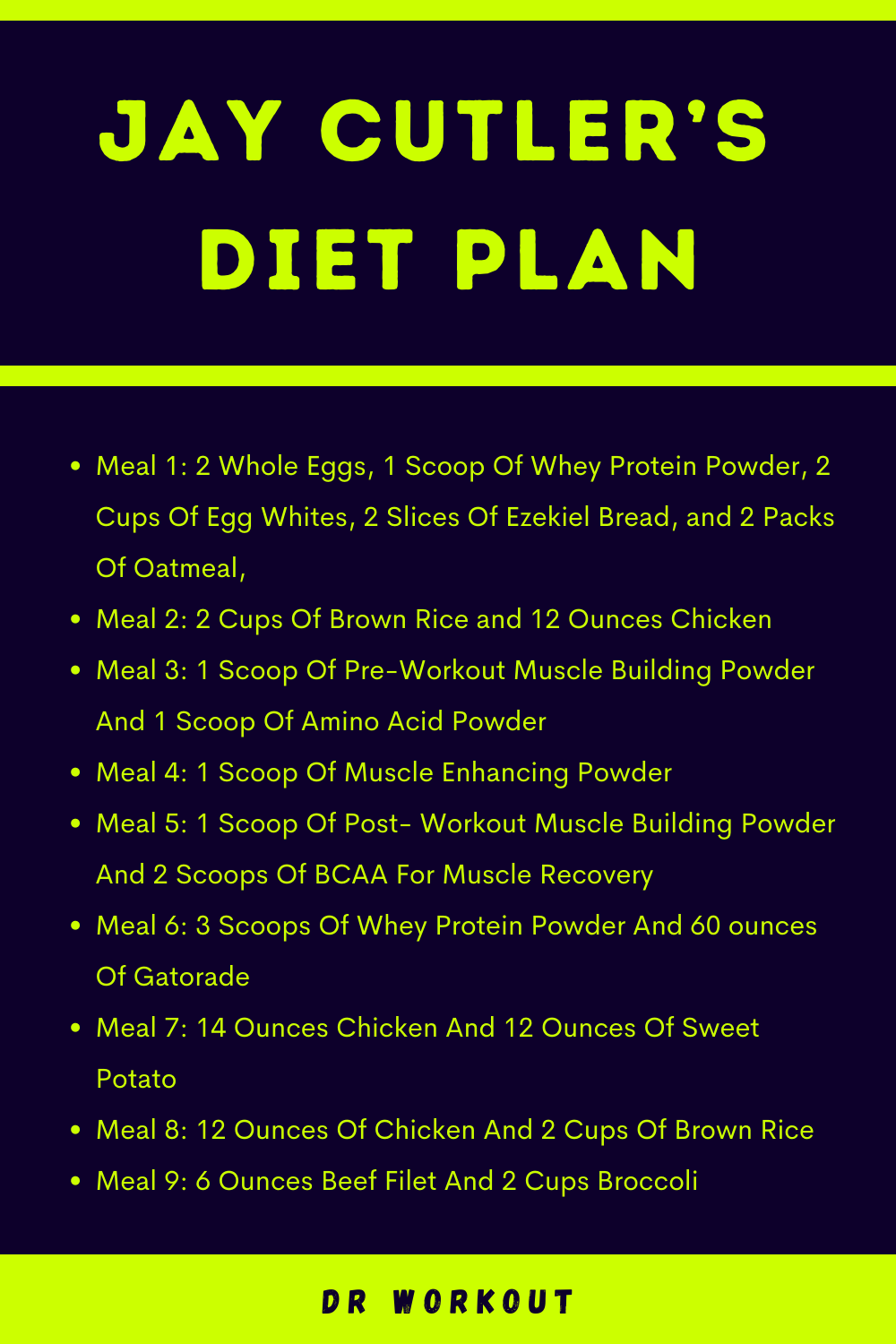 So it is eminent how much he has to consume daily to fuel his monster built. Once he quoted “ I  don’t eat for taste, I eat for function”, and he followed that wholeheartedly. Jay Cutler’s diet covers up almost all of the necessary elements that his schedule requires. Although he eats an adequate amount of food still he requires an extra dosage of nutrients.

Jay is quite particular about his supplement regime. He trusts on tested ones only. All the supplements he consumes are tested by the whole bodybuilding fraternity for ages. They give a decent edge on his nutritional plan.

Jay Cutler’s diet plan contains almost all that a bodybuilder requires. I know it’s a lot when it comes to ingesting so much food all through one’s day but when you have an aim in front of your eyes, all you can see is the destination, not the path. It takes one to burn the midnight oil all the while to reach where you can feel you have done justice to your passion. Jay has been an idol for so many aspiring bodybuilding enthusiasts all these years and it takes serious efforts to do that for this longevity.