There was an era when the practice of lifting weights was preferred mostly by professional strongmen. Bodybuilding at that time was in its starting phase. In that era, there was this man named Jack LaLanne who revolutionized the entire world of fitness.

If we have to list all his records, it would require a separate post for that matter. From swimming the entire length of the Golden Gate Bridge underwater carrying 140 lbs of equipment at age 40 to performing 1000 chin-ups and 1000 jumping jacks in 1 hour 22 minutes at age 45, this man was indeed out of this world. His fitness levels knew no limitations. LaLanne was an exercising fanatic. He claimed,

“I do it as a therapy. I do it as something to keep me alive. We all need a little discipline. Exercise is my discipline.”

In this post, we will be throwing light on Jack LaLanne‘s workout routine that made him some sort of a superhuman who was capable of performing some jaw-dropping feats of strength and physical conditioning. So fasten up your seat belts and be with us as we take you through the workout routine of The Godfather of Fitness. 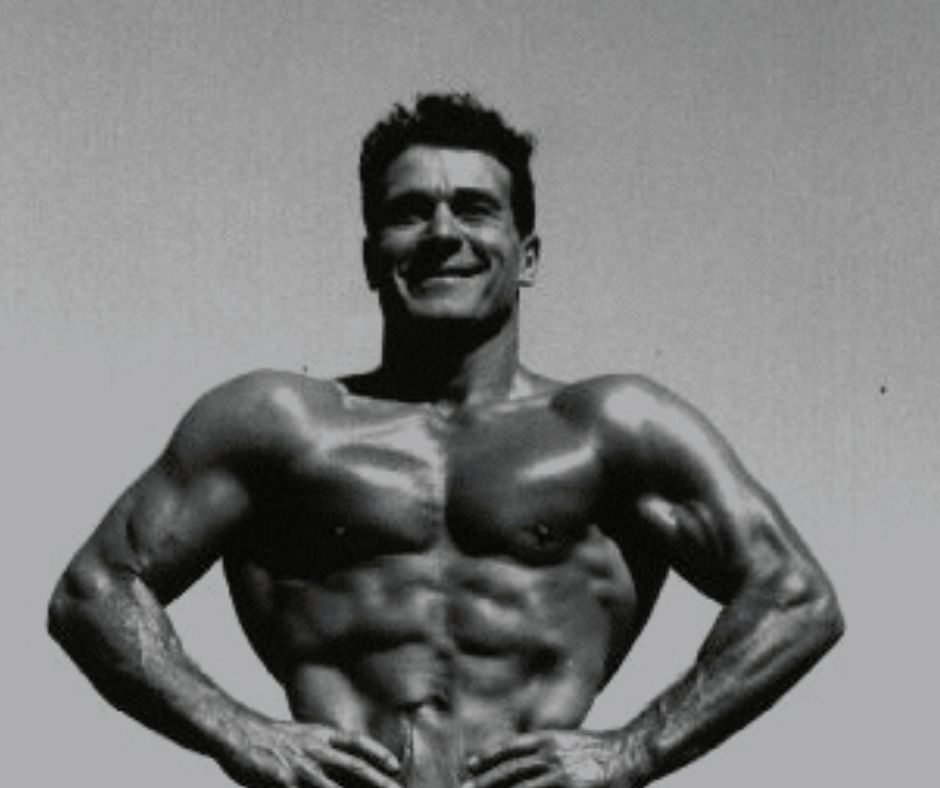 Jack LaLanne’s workout routine kept him immensely fit and active throughout his life. One may find his workout routine pretty basic, but it will surely take your overall fitness level to great heights if you follow it religiously. Let’s have a look at it.

In recent times, the first thing that most of us do after waking up is to scroll through our social media handles. Isn’t it? Well, that was certainly not the case with Jack LaLanne. Not because at that time smartphones and other gadgets were not available but because he was very particular about taking good care of his body. The first thing that he used to do right after waking up was to stretch his body. He used to do it even while lying in his bed.

Well, it won’t come to you as a surprise that exercising was a crucial part of Jack LaLanne’s everyday routine. He used to exercise every single day for 2 hours before having breakfast. Jack LaLanne’s workout routine consisted of 90 minutes of weight training. It included performing a variety of exercises performed using body weight and free weights. It was then followed by 30 minutes of swimming. Swimming worked on improving Jack LaLanne’s cardiovascular fitness and his overall endurance.

Jack LaLanne always ensured that his muscles don’t get used to a set workout routine. He knew very well that if that happens, his body will get into a comfort zone, and it won’t grow and perform in the way he expects it to.

To avoid such a scenario, he incorporated the concept of a split routine into his workout plan. He used to work all his upper body muscles on one day and all his lower body muscles on the next day. He also made sure to switch his strength training routine and cardio workout routine every month.

The Relevance of Cardio

Jack LaLanne’s training routine was not only confined to make him look muscular. He always ensured that it must have a fair share of cardiovascular exercises in it. This allowed him to burn off excess fat from his frame on the one hand and worked on improving his cardiovascular health on the other.

When it comes to weight training exercises, Jack LaLanne used to push the last rep till failure. He used to pick up a weight that allowed him to perform 10-15 reps on each of the exercises.

Jack LaLanne considered swimming to be one of the best exercises for maintaining cardiovascular health. Swimming used to be an important part of Jack LaLanne’s workout routine right from the time he was a kid. He claimed that swimming is one such physical activity that has profound impacts on improving overall strength levels, endurance, flexibility, and posture.

Jack LaLanne’s workout routine was pretty simple. It comprised of the following:-

There are many people who consider Jack LaLanne to be the Thomas Alva Edison of fitness. Not only he was an avid fitness freak, but he also went on to invent certain exercises. Some of those exercises can even performed at the comfort of your home with the use of things like a broomstick or even a towel. Let’s have a look at the exercises that were invented by Jack LaLanne:-

Here we present before you some other important tips that Jack LaLanne followed and preached to get the most out of his training program.

Stick to your workout routine

Jack LaLanne was a staunch proponent of sticking to one’s workout routine. He thought that sticking to a particular workout routine for a specific period fetches oneself the desired results. Making frequent changes in exercise selection may prove to be detrimental when it comes to overall progress.

Jack LaLanne used to preach that one should perform the exercises with a weight that is neither too heavy nor too light. He advocated using moderate weights that make the lifter struggle to complete the last few reps. He preached performing the exercises till failure. On most of his exercises, he used to hit 10-15 reps.

Numerous people make the mistake of skipping cardio exercises. They think that performing cardio will obstruct the process of muscle gaining. But this is the wrong approach. Incorporating cardiovascular exercises in workout program aids in keeping the heart healthy and burns off excess fat. It also has a plethora of other benefits as well.

The element of variety

Jack LaLanne always preached that any kind of workout routine should be switched from time to time. This allows the body to not get used to following a particular workout routine. It also makes your workouts interesting and avoids the element of monotony from them.

Consistency is the key

Jack LaLanne was so passionate about working out that he never skipped his exercise routine even while traveling. In absence of a gym, Jack LaLanne used to rely on body weight exercises and exercises that can be performed using broomsticks or even a towel.

Apart from training intensely, Jack LaLanne ensured that his body recovers well from his workouts. For that purpose, he used to sleep for around 7-8 hours every night.

We expect you would have been inspired by Jack LaLanne’s workout plan. Give it a go and try it out on yourself. Just make sure to do it as per your training experience. Be consistent with it and you will surely reap the gains that you have never experienced before.