The World stood in disbelief. The passing away of Jack LaLanne was indeed unbelievable. He was the epitome of good health, physical fitness, and bodybuilding, although he was 96.

He developed his diet and body-building exercises along with sublime physical fitness. He was revered as the ‘The Godfather of Fitness’ and rightly so.

He was the first one to establish a gym way back in the 1930s. It was a unisex gym which created more controversy.

Such courageous decisions were the foundation stones laid by Jack. He also discovered many machines to work out in the gym which later underwent a few innovations as you see them today.

He was short at 5 feet and 6 inches with a weight bordering 150 lbs. His physical fitness and body endurance were often tested. He carried a burden of 140 lbs of weight on his back while swimming the length of the Golden Bridge. He swam with hand-cuffed when he turned 60. He could do 1000 jumping jacks and an equal number of chin-ups in record time.

To beat everything he had done earlier, he hand-cuffed himself, swam a mile, and towed 13 boats that had 76 passengers in them. He eclipsed this record five years later at 70.

So, how can someone do all this after early scares in life? What were his nutritional plans, and what did he eat?

All this and more in the passage are found below. 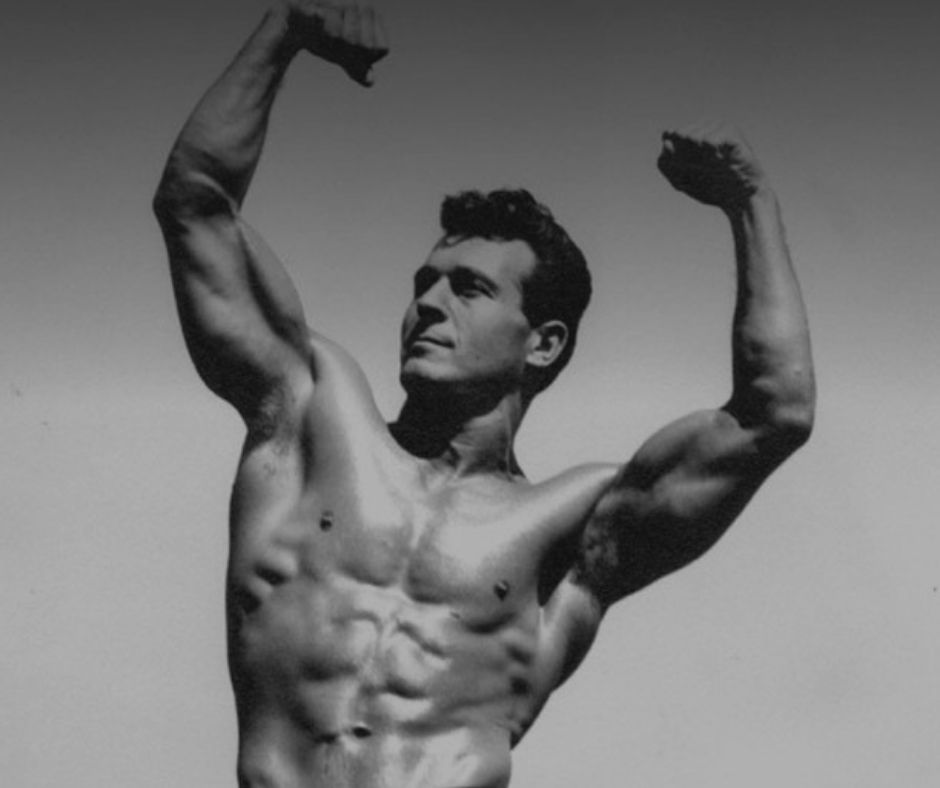 Jack was diagnosed and found to have Bulimia at the tender age of 14. He could not give up his love for Sugary food items.

He developed his diet to be a bodybuilder and gave up on all the junk food he loved.

Let’s take a look at Jack LaLanne’s diet chart that he has followed meticulously till his last breath.

His diet lays a high emphasis on proteins as we can see with the egg- whites, and fish. His diet plan includes the Turkey that is flushed with protein that helps in muscle building.

The eating disorder which many say is life-threatening saw him lose his school life as he had to drop- out at the tender age of fourteen. He bestowed himself of the title ‘Junk food Junkie’ that came along with an extremely bad temper. His love for sugary items was only on the rise, thanks to Bulimia.

Jack seized the chance and shifted his whole ideology on health and fitness. His entire focus was on human anatomy which leads to bodybuilding and physical fitness through the best nutrition plan.

He went to extremes by hiding his lunch from others. After all, it only consisted of whole bread, raisins, raw vegetables, nuts, etc. It was not junk food at all anymore for Jack LaLanne. He eliminated all that he had loved up to that moment and refused any processed food.

What follows is the list of food items LaLanne includes in his diet to become a bodybuilder with extreme fitness.

Jack’s diet is unquestionably a healthy one and can be classified into these major categories. They are:

Jack LaLanne had a lot of thinking to do because he was on the verge of Bulimia. As Dr. Paul Bragg’s motivational speech on alternative food health had touched a deep core with him, he had to strike out many food items from his diet.

Found below is the list of food items that Jack LaLanne’s meal plan forbids you to have as these would hamper your progress to good health.

As far as Jack is concerned a good diet should have Supplements too. Even though it is a fact that the diet gives you all nutrition your body requires, Supplements bridge the gap, if any.

Supplements thus complete the cycle and are considered essential in body-building sport.

Jack is not shy of using supplements, and here is his list:

None in this World would refuse to look like Jack. He defied aging and had not spared a single day without exercising and dieting till his last breath.

Jack LaLanne’s diet plan was so simple, just like the workout he followed. The food he advocates is readily available, and they do not come under the ‘processed food’ bracket. The supplements do not harm you at all as they are nutritious and only help you gain strength along with health.

The macros cannot be more perfect. Even his wine habit was justified with the logic that it helps the French stay healthy. The justification was, of course, his French origins.

It is difficult to beat Jack LaLanne at his own game, but that is what he wants you to do. And he may hope you say ‘nothing better in life than looking like Jack’!