Kudos to you for following a difficult regime like keto diet. You have stronger impulse control than millions of people.

You are not going to just start undoing your efforts for a little artificial mock-up of whipped cream, right? You will take the effort to know and understand if it is keto friendly or not. Here, we have compiled this guide to help you in this endeavour.

We have covered everything you need to know about cool whip and its compatibility to ketogenic diet. You should read to the end before deciding on topping up your smoothies, fruit salads or ketogenic baked goods with the velvety cool whip.

Our aim here is make you aware about the ingredients and nutritional values of the cool whip, and attempt to provide you fair idea about whether it is keto friendly or not.

So, let’s dig into this topping more to determine if how much portion of your daily carb limit would be spent on cool whip. 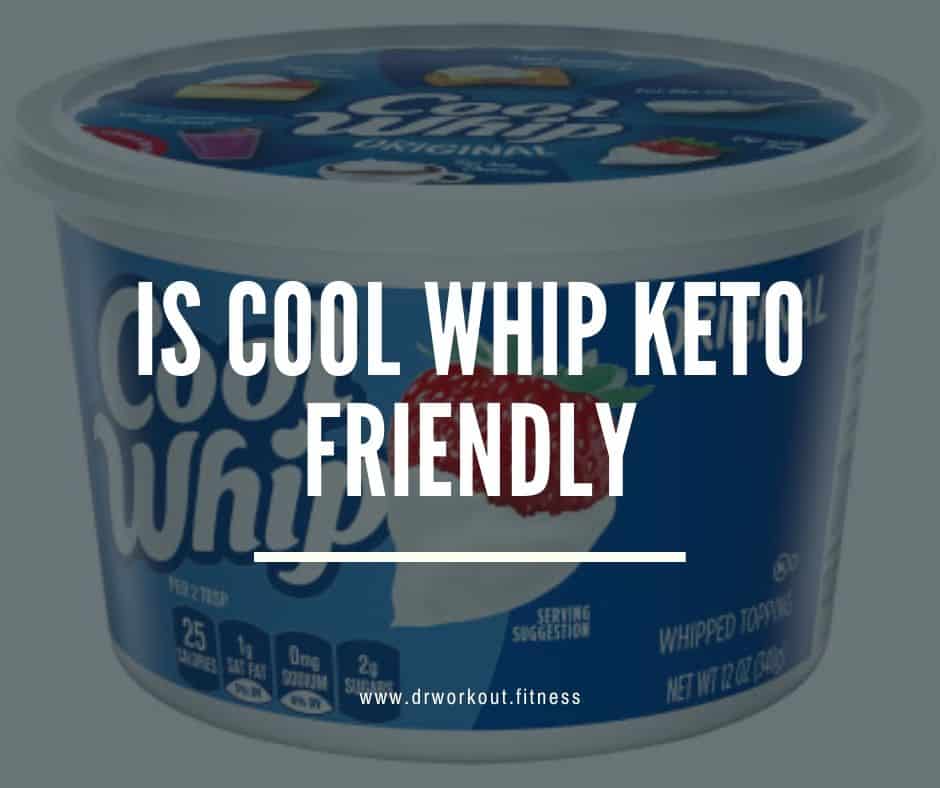 Everything in your low carb diet should chosen based on what value the item is adding to your meal and how much carbs they carry along. We have to consider the same things about cool whip.

If you consider weigh wise, cool whip is about twenty to thirty percent carb. The means there will be 2-3 grams of carb in just 10 grams of cool whip.

The cool whip as you know is artificial ready to use substitute for whipped cream, it has very low density. Two tablespoon full cool whip would weigh about 10 grams.

If you limit your cool whip consumption up to 2 tablespoons you will be consuming about 2-3 grams of carbohydrate. That is well within acceptable range for your keto diet.

With that said, we can accomplish that cool whip is keto acceptable, that is close to being keto friendly.

How Many Carbs are in Cool Whip?

Cool whip is available in variety of forms. In all forms may it be frozen tub or in aerosol can it contains around 30 percent carbs by weight.

Two levelled tablespoons of Kraft cool whip original are about 9 grams in weight. It contains approximately 3 grams of carbs.

Even the sugar free, extra creamy or light versions of cool whip contains 3 grams of carbs per serving.

If you don’t wish to consume a perceptible portion of your daily carb limit on the topping of your smoothie or a keto friendly cookie, then you should limit your serving size to two tablespoons only.

How Many Calories are in Cool Whip?

Each two tablespoon serving of cool whip original contains 22 calories. Most of the calories in cool whip can be attributed to fats.

The calories in fat free version of cool whip which is cool whip free can be attributed to the added sweetener.

The cool whip offers a great taste, may be better than whipped cream without the need to do actual whipping and it can maintain its structure for longer time.

To be honest we are interested in cool whip because its taste, texture and the convenience and not for its nutritional value. But as we are considering it for a strict regime like ketogenic diet, we should take a look at what all it has to offer.

Nutritional values of cool whip per serving of two tablespoons:

Health Benefits of Eating Cool Whip On a Keto Diet

The cool whip is mostly made up of hydrogenated veg oils, water and artificial sweeteners. Having these as building blocks, we can’t expect any health benefits from it.

The cool whip does not contain any natural minerals or vitamins. It has a little amount of light cream in it.

The light cream used in making cool whip constitutes to 2 percent only. This little amount can provide negligible nutrients. There are many artificial ingredients are used in cool whip. So, apart from the fact that the nutritional benefits of cool whip are infinitesimal, it can also cause some side effects.

It is better to use home made whipped topping prepared using real dairy cream and some keto friendly sweetener. It will provide all health benefits of dairy.

Is Cool Whip good for you?

If you weigh the health benefits of cool whip – which are none – against the ill effects its overconsumption may have, we can say cool whip is not very good for you.

The main ingredient in cool whip after water is hydrogenated vegetable oil, which is made by adding metal and heat to the oil. This oil has fat molecules that are difficult to process for your body.

The added artificial sugar substitutes and other ingredients also carry some side effects.

It is safe to use one or two tablespoons of cool whip to heighten the taste of your keto friendly desserts, but it is better if you go for home-made whipped toppings.

Considering the ingredients of commercially available cool whip it is safer to make your own cool whip topping. You make one using dairy cream and keto friendly sweeteners. There are many recipes available to do so.

Cool whip is most popular whipped topping due the convenience and taste it provides. It does have low carb content. With 3 gram carbs per serving it falls within the limits for being a keto friendly topping. So, once in a while when you are not feeling like taking the efforts to whip the cream and make your own home made topping, you can go for cool whip.