Cycling is a great sport to improve cardiovascular health, which also comes with several other health benefits. It’s also a popular sport that has a huge following across the globe, featuring in the Olympic games and several other sports events.

But more than all these events, we have the prestigious tour de France event in which the best bikers compete!

If you are someone seeing, or have seen any such cycling event or a competition, you too might have noticed one thing: almost all of those cyclists were slim. And maybe, that may be a reason that brought you here wondering how important is body weight in determining the cycling speed.

Cycling is a unique sport and also has a lot of technical aspects that determine one’s success in it. Along with some important factors like the aerodynamic design of the bike and the strength of pedaling, body weight is also a crucial factor determining the speed of bikers.

Through this article, we will dive deep into understanding the role of weight in biking speed. So, read along! 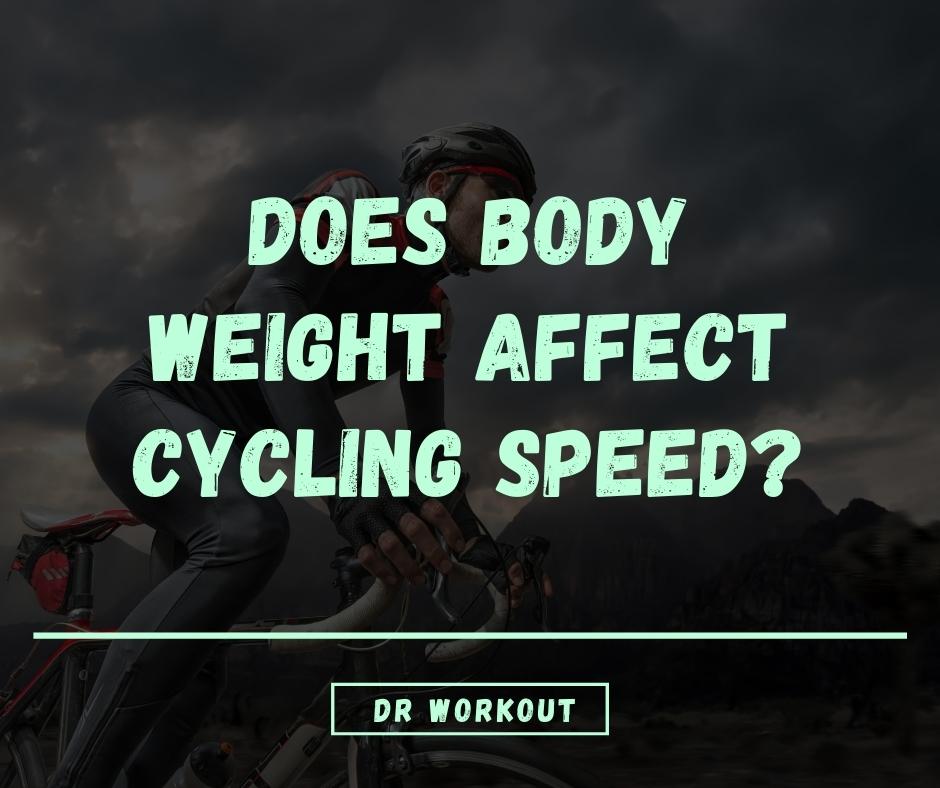 However, rider weight isn’t the sole physiological factor at play here. Your pedaling strength (calculated in watts) and the design of bikes are two such significant factors.

Speaking of the impact of your weight, you usually can ride faster if you are lighter in weight. But that neither means you should be super skinny.

Is Cycling Easier if You Weigh Less? 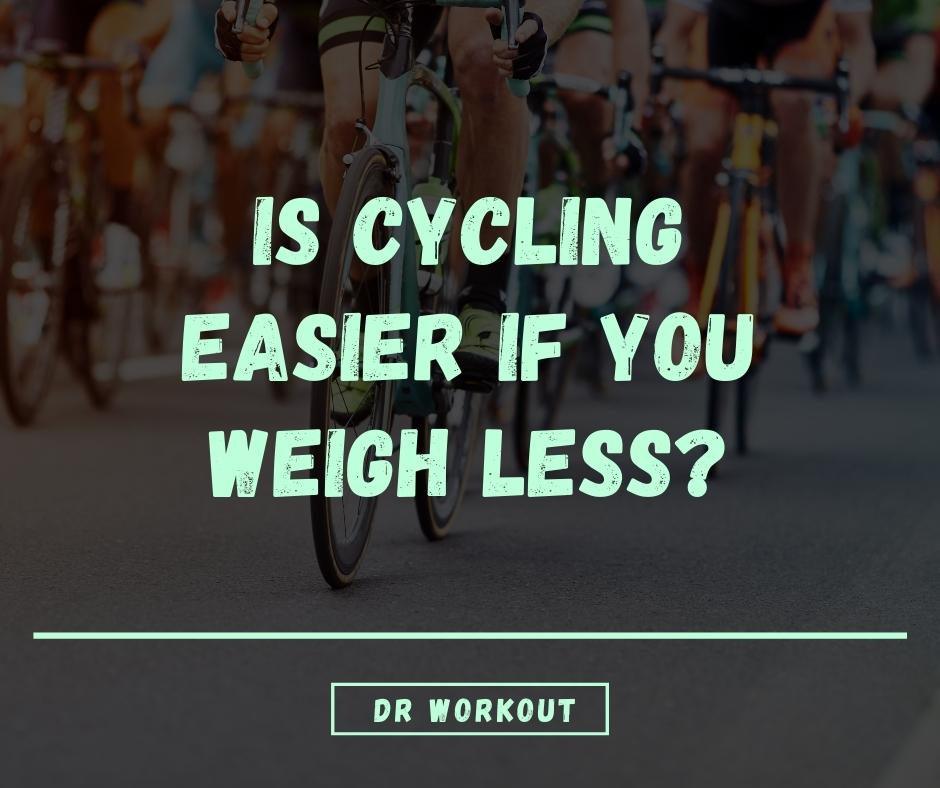 Yes, the simple answer is that it will be easier for you to do biking faster if you weigh less.

Lesser body weight means lower friction with the ground. Which, in turn, means your bike can move faster.

But an even more important factor here is that gravity will have a weaker hold on your forward movement. As a result, more of your effort goes in the horizontal direction or the direction in which you are pedaling.

If you have learned physics in high school, you too might have heard about the horizontal and vertical components while an object moves through the earth’s surface.

We aren’t getting into the deeper physics behind this but to keep it simple, if you weigh lesser, you can convert more part of your effort into forward motion.

Here is a familiar example you can understand. Jet planes have sharper front sides; so do racing cars, rockets, airplanes, bullet trains, etc. The basic idea here is to reduce air resistance.

But here also, you need to be stronger to pedal faster. If you are too skinny and weak, you can exert only a lesser force than you need. Also, the air resistance can actually push you backward. Both these factors result in poorer cycling performance.

In short, you should neither be too skinny if your goal is faster bike racing! For men, a body weight of 2.1 to 2.3 pounds per an inch of height can be optimal for faster or better cycling. For women, it can come around 1.8 to 2.0 pounds per each inch of height.

Yes, in most cases, lighter cyclists are faster than their heavier counterparts. If you take a list of the best cyclists across different events of indoor as well as outdoor cycling, most of them are lighter in weight.

Also, some studies proved that even a 5 pounds decrease in weight can make a notable difference in one’s cycling speed. The same goes for when you lose 10, 20, or more pounds of weight; you can see better results (unless you become too skinny).

But a catch here is that, you need to maintain your pedaling strength. So, instead of saying lighter cyclists are always faster, let’s say they are more likely to be faster than heavier cyclists.

In addition to being light in weight and being able to pedal strongly, you will also need to have great flexibility and stamina. Better flexibility helps you adjust body posture according to curves, hills (uphill and low hills), straight paths, etc.

How Much Does Body Weight Affect Cycling? 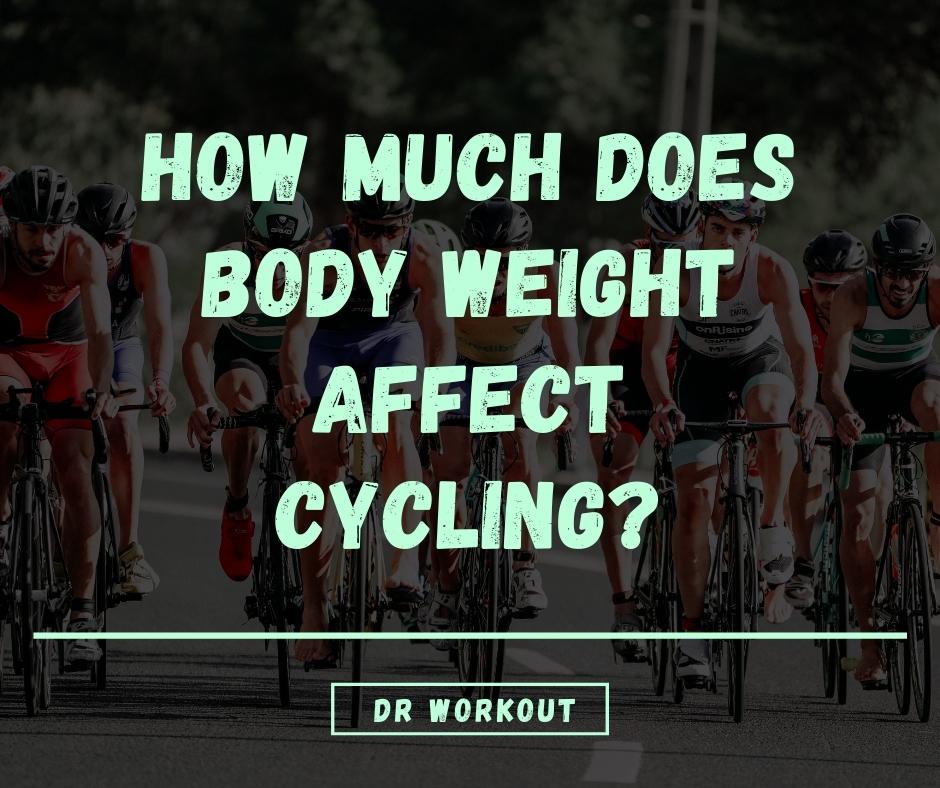 As we have discussed earlier, your body weight does have a greater impact on your cycling performance.

There are two major effects of weight on cycling speed, which are:

In addition to these factors, lighter weight also means that your body will be more flexible. This means you can bend forwards or sidewards with better agility and control. Cycling can be a bit hard sport for obese people.

That being said, being light in weight won’t significantly impact if you can’t pedal with enough strength. Heavier cyclists may be able to pedal strongly as compared to lighter cyclists, but the other factors outweigh this factor.

Also, in the end, even if you are light in weight, with practice, you can also achieve better strength or force. It’s all about practice! Also, some people may be genetically blessed to have strong legs.

In a study conducted to understand the relationship between losing weight and biking speed, here is what they found:

How Important is Weight in Cycling? 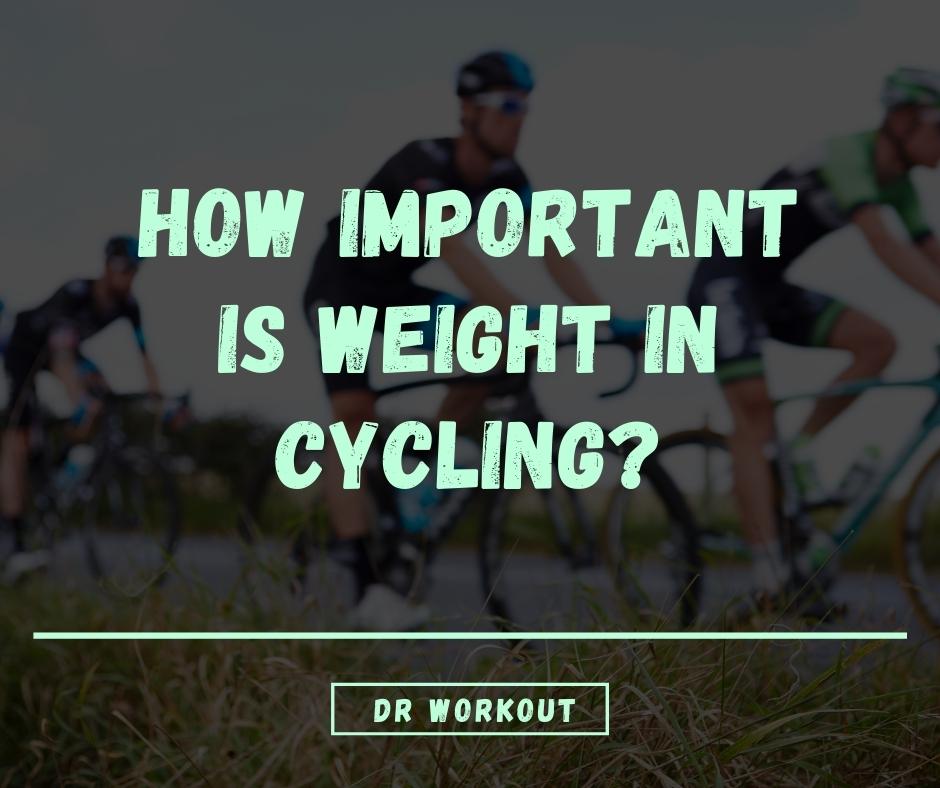 Weight has a very crucial role in cycling speed. Similar to in a 100 meter sprint, the impact of gravity and air resistance is proportional to body weight when it comes to cycling.

But that doesn’t mean only the weight of the rider is important. The bike weight also has its own role. If the bike is lighter in weight but still strong in build, it can help the rider achieve more speed.

Moreover, the aerodynamic aspects of the bike also matter here. Cycles that professional riders use are designed for cruising through the air faster and comfortably.

But that being said, if you are a cyclist and are looking to improve, you should better focus on shedding some pounds rather than thinking too much about the aerodynamics of the bike.

Of course, shredding those extra pounds may be harder than buying a bike with better design. But the thing is, the former will prove more helpful in the long run.

Yes, body weight has a crucial role in determining cycling speed. If you are lighter in weight, you will have to encounter only lesser air resistance and pull from gravity. As a result, you will be able to pedal faster.

But does that mean heavier people can’t pedal faster? That’s not entirely impossible. If heavier persons train harder and become able to exert more pressure, they too can pedal faster.

However, generally, it will be easier for lighter people to ride faster!