You won’t find a single person who has been to a gym and hasn’t used an Olympic barbell. Yes, it is that common and useful gym equipment.

No matter the size of the gym club or the intended customers of the club, every gym has at least a few Olympic bars. Not only the commercial gyms, but even the small home gym setup is incomplete without an Olympic bar in it.

From beginners to powerlifting competitors everyone needs weightlifting bars for different training needs. The number of exercises that you can perform using a straight Olympic barbell is limited only by your imagination.

It becomes imminent for every fitness enthusiast to know everything there is to know about this simple, versatile, and ubiquitous exercise equipment. In this weightlifting equipment guide, we have tried to answer almost every question related to Olympic bars weight and other parameters defining the shape, size, and performance of Olympic bars.

The Olympic barbell looks like any other bar but if you look closely, it has many small elements, and there are many minute details that define the quality and weight of the Olympic barbell.

The center part of the Olympic barbell is about 28mm (1.1 inch) in diameter. It is mostly knurled all over the length except in the central section. There are knurl marks on both sides of the center which are equidistant from the center and act as a guide for the hand grip.

On both ends of the bar, there are 2-inch diameter sleeves on which you can load the Olympic weight plates. These sleeves have needle bearings so that the sleeves along with the collars at their end can rotate around their axis.

All these elements contribute to the weight of Olympic weightlifting bars. With all its parts intact, the full length Olympic bar weighs on an average 44 pounds (20 Kgs) 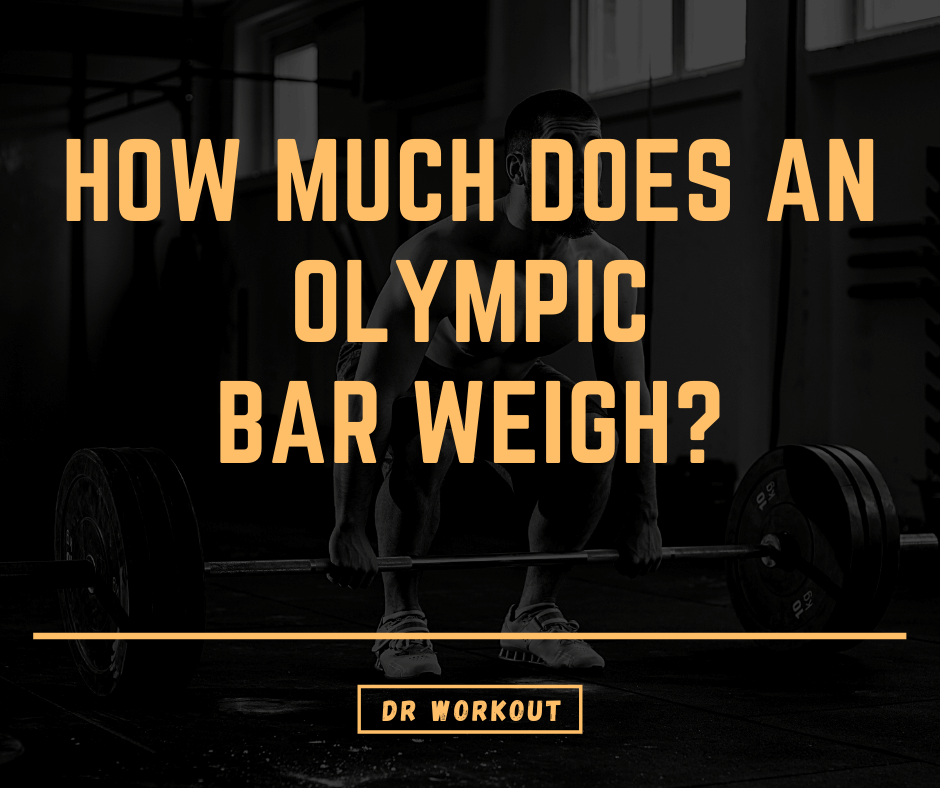 Are All Olympic Bars The Same Weight?

The answer to this question depends on which type of bar you are looking at. If you are asking about the weight of Olympic bars irrespective of their length, then the answer is no, they might have different weights.

If you are asking about the weight of the Olympic bar that is used in the competitions then the answer wouldn’t be no but it can neither be a straight yes.

How Much Does a 5ft Olympic Bar Weigh

The 5 feet long Olympic barbell is one of the smallest lengths of the weightlifting bar. These are not the standard rackable bars that are widely used to perform powerlifting exercises with power racks. You won’t see these bars at any official competitions but you may find these in the gym clubs. These are more efficient and safer to be used for close-grip barbell exercises.

The 5 feet long Olympic bars have the same features as the longer bars. They have diamond knurling on the bar and rotating sleeves that can accommodate 2-inch holed plates.

The commonly available 5’ Olympic bars weigh 20 to 30 pounds. One of the most popular among these short bars, the CAP Olympic bar weighs 25 pounds (11.34 Kgs).

How Heavy is a 6 Foot Olympic Bar?

The 6 feet long Olympic bars have the goodness of both the longer and shorter version of it. This barbell offers a balance better than the longer bars and unlike the 5 feet bars, these can be racked on a power cage or squat rack.

With around 12 inches of loadable sleeves and about 48 inches of the knurled bar in between the collars, you can use the 6’ long Olympic bar for serious powerlifting lifts as well as close-grip exercises.

The distance between the collars for these bars varies between 43 to 48 inches. these can be racked on the squat racks or cages that are around 40 -inches wide.

Another popular weightlifting bar in this type is the Rogue C-70 shorty. This powerlifting bar has an overall length of 69 inches and the bar is made out of 195K PSI steel. This is one of the heavy bars in this class, the weight of this Olympic barbell is 35 pounds (15.88 Kgs).

How Much Does 7ft Olympic Bar Weigh? 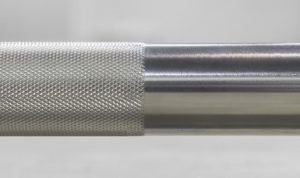 The 7 feet long Olympic weightlifting bar is the most common length used for powerlifting. As this is the standard length for competition lifts almost all manufacturers make this bar as per the specifications set by the International Weightlifting Federation.

As per the specifications provided by the federation, the weight of the men’s Olympic bar should be 44 pounds and the women’s Olympic barbell should be 33 pounds. and the bars should be manufactured using steel with 215K PSI tensile strength.

Both men’s and women’s bars used for the competitions fall into the 7’ class. The exact length of the bar varies between 80 to 88 inches.

The 7’ Olympic bars from CAP barbell, Titan fitness, REP fitness, or Fringe fitness weigh the same. All of these bars weigh 44 pounds (20 Kgs).

How Much Does a Women’s Olympic Bar Weigh

While in training women can use the same Olympic bar as the men’s which weighs 44 pounds (20 Kgs). But if they are competitive powerlifters who are training for official competition, they need to train with the bar that fits the specifications provided by the federation so as to get used to the bars that can be used at the competition.

For competition, women have to use the Olympic weightlifting bar weighing 33 pounds (15 Kgs).

The Titan Fitness Atlas Olympic bar is a women’s Olympic bar that has an overall length of 87 inches but weighs only 33 pounds (15 Kgs). The diameter of the part of the bar between the collars is 25mm instead of 28mm. That’s the only difference that makes the bar 11 pounds lighter than the men’s Olympic bar.

The material used for making women’s weightlifting bars is steel with 215K PSI tensile strength, the same as the men’s bars.

The Rogue fitness also offers 25mm diameter Olympic bars for women. These bars weigh 33 pounds (15 Kgs) and the length of the bar is 79.14 inches.

How Much Does The Bar At My Gym Club Weigh?

Almost all commercial gyms have more than one option for Olympic bars. There are 5 feet, 6 feet, and 7 feet long Olympic bars present at the clubs.

If your gym has only one Olympic weightlifting bar then the chances are that is a 7 ft long bar. So, in all probability, you are going to end up with a 44 pound (20 kgs) Olympic bar.