The period of 70s and 80s are the golden era of bodybuilding. It is due to the fact that bodybuilders who gained prominence and fame during this period exhibited both size and aesthetics. The term “aesthetics” found a new dimension when Frank Zane stepped into the scene. His physique not only exhibited size but also exhibited a great deal of definition and aesthetics. The overall stature of Frank Zane was so impressive that it could even make Zeus envious for a while. Undoubtedly, he went on to win the most coveted Mr. Olympia title three times, even beating Arnold Schwarzenegger once.

Let’s talk about Frank Zane workout philosophy, Zane’s prime focus is quality over quantity. The finesse presented by his physique was the result of combining both heavy and light training sessions.  He designed his training program in such a manner that it promoted size gains on one hand and ensured leanness and symmetry on the other hand. What was his training program? How did he train? Was he lifting too heavy? You will find the answers to all these questions here.

Frank Zane’s growth workout program typically consisted of a three-day split. This split emphasized training the pulling muscles on Day one, training the legs on Day two, and training the pushing muscles on Day three (PPL). Frank Zane’s workout routine was designed by him in such a way that each workout would include at least one powerlifting movement. This was primarily done to add the component of heavy lifting in his workout routine to promote strength and size gains. Some other features of Frank Zane growth workout program included the following:-

If you want to gain strength and muscle size you would have to lift heavy. But aspiring to get a physique like that of bodybuilding legend Frank Zane would require you to make certain alterations to this preconceived notion. Frank Zane’s workout plan consists of both heavy and light training. In the earlier phase of his career, he trained with lighter weights performing higher reps with them. This provided him with the leanness that let him win various bodybuilding titles. But winning the Mr. Olympia title was still his dream. Joe Weider was impressed with his definition but he also suggested Zane to gain some size so that he could become a strong contender for the Mr. Olympia title.

In 1977, under the guidance of Joe Weider, he modified his training program to some extent. His workouts then consisted of performing three sets of three to four exercises performed for all body parts except the calves and the abdominals.

This protocol was characterized by a lower volume. This training system allowed Frank Zane to gain a considerable amount of size which led him to win the glorious Mr. Olympia title in 1977. He further claimed that there is no other alternative to gain size apart from lifting heavier weights. But you should also be careful about your form as lifting heavier weights with poor form can lead to injury.

Training with lighter weights and performing higher reps with them further promotes leanness and definition which gives an aesthetic appeal to one’s physique.

The Frank Zane workout plan presented here is performed in cycles. If you don’t skip any of your workouts, these cycles tend to repeat themselves in the same pattern after every 3 weeks.

By following this PPL workout split, every 3 weeks each workout is performed 4 times. Overall, you have 9 rest days and 12 training days. One of the most unique features of this PPL workout split is that you always end up getting the same day of the week off. It simply depends on the day from which you start your cycle. For instance, if you start to train as per this split on Monday, every week you will get Fridays off.

In this workout split, you divide your entire body into three sections. This makes sure that you are capable to do more work respective to each body part. Moreover, you also get more time to recover between the workouts that target the same muscle groups. It further ensures that the soreness that you will experience after your workout would be limited to only a small section of your body. Your entire upper body won’t be sore in one training session. The bottom-line of Frank Zane’s 5-5-5-6 workout split is that it promotes more growth due to its nature of providing more rest between two workouts targeted towards the same body part. This leads to greater strength and size gains. Frank Zane’s workout philosophy was surely one of its kind. 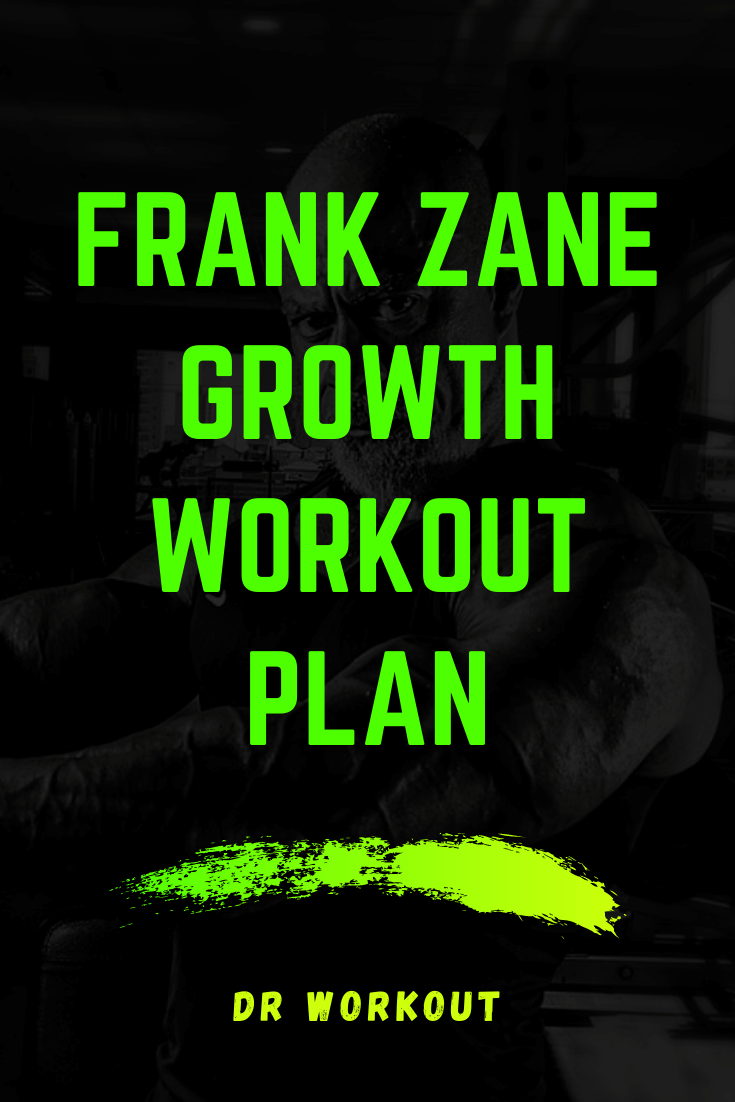 You might have noticed that the exercises presented in this workout routine are very basic in nature. Don’t switch them and substitute them for any other fancy movement. The exercises mentioned here tend to provide you with both strength and size gains provided you keep your diet on point.

The compound movements presented here should be performed with a full range of motion especially slowing down during the negative phase. If your form is getting compromised, lower down the weights.

Frank Zane undoubtedly sported a fully developed and aesthetic physique of all times. Frank Zane Growth workout program promotes strength gains along with eye-catching aesthetics. Although this program was used by Frank Zane in the 70s and 80s, this old school routine is still significant in today’s scenario. You can surely expect to gain the best from it.