Having an aesthetically pleasing physique is something that we all admire. But some amongst us like to challenge our limits.

Eddie Hall falls in that particular category. He is a world-renowned former professional strongman who is also known for having a pretty aesthetic physique as compared to other strongmen.

Eddie Hall is the very first man in the world who has performed a 500 Kg deadlift. He has won UK’s Strongest Man and Europe’s Strongest Man many times. There are numerous other lifting records under his belt as well. And that’s why he has been nicknamed the Beast.

So if you also want to gain some monstrous strength along with building and maintaining a decent bodybuilding physique, you can learn a lot from Eddie Hall’s workout routine. 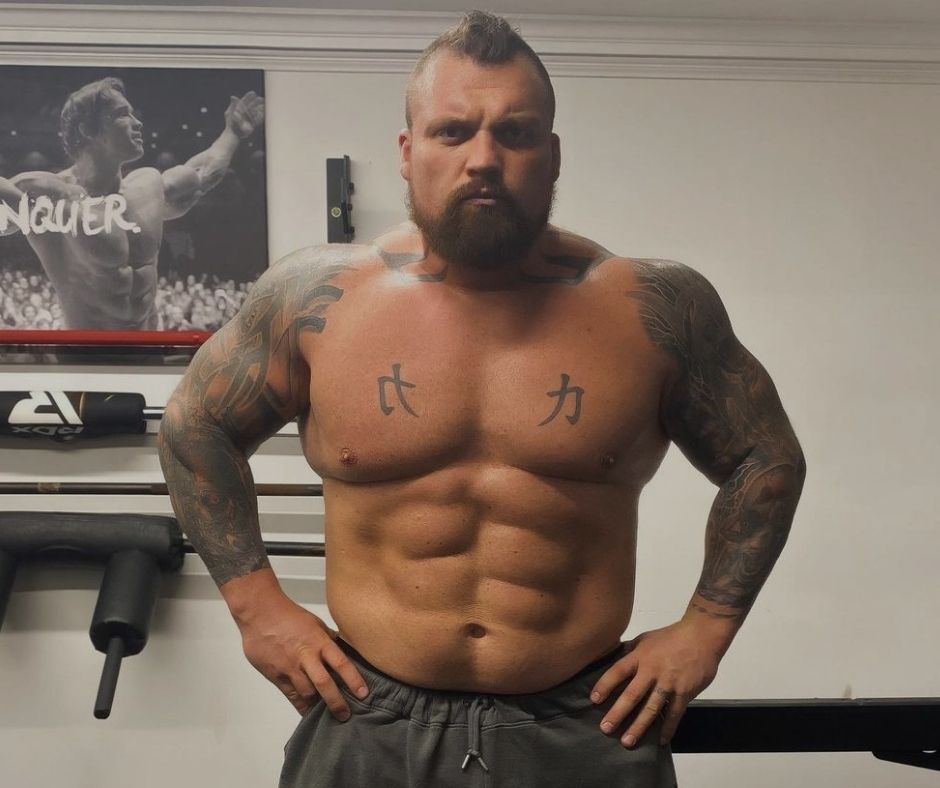 Eddie Hall dedicates around 1-2 hours to his strength training routine. It requires him to put all his strength in performing just one rep of the above-mentioned exercises, and then he allows his muscles to recuperate for performing the next lift.

As far as Eddie Hall’s bodybuilding training is concerned, he trains each of his muscle groups once a week. He doesn’t lift excessively heavy when he is following his bodybuilding routine. Rather he prefers to focus on perfecting the form and technique of the exercises.

“Strength is obviously the main thing when it comes to being a strongman, but you’ll go nowhere without honing the right technique.”

This in turn allows him to gain the most out of his reps.

Eddie Hall’s workout routine is extremely intense in nature. It involves both strongman training and bodybuilding-style workouts. Eddie Hall trains for 5-days a week, and he hits each of his muscle groups just once a week.

To recover completely from his intense training sessions, Eddie Hall makes sure to have two rest days a week.

Eddie Hall has always been immensely passionate about his workouts. He claims to have never missed any of his workout sessions whatsoever. So whether he is prepping up for his next strongman competition or training to retain his size and strength, Eddie makes sure to give his 100% to his workout routine.

The following table will give you a detailed insight into Eddie Hall’s workout routine. Let’s have a look at it.

By looking at Eddie Hall’s ripped abs, you must have got an idea that this man must be paying special attention to work on his core strength and conditioning. Eddie Hall’s exercise routine to target his core muscles include the following:-

Eddie Hall performs the above-mentioned exercises for one minute, followed by a minute rest. He also recommends keeping one’s breathing under control while performing those exercises to get the most out of them.

If you too want to follow Eddie Hall’s workout plan, just make sure to do so under the supervision of an experienced trainer. Eddie Hall has been involved with heavy lifting and intense training sessions for a long time.

The high-intensity nature of Eddie Hall’s training program can wear you out easily.

Hence, it becomes mandatory for you to make certain tweaks and modifications to his workout program that will cater to your individual levels of training experience.