Talking about the era of old school bodybuilding, there was one such bodybuilder who completely changed the sport. He was none other than the greatest, Dorian Yates. The fellow bodybuilders and judges of his time have named him “the Shadow”. They called him so because he used to get into a bodybuilding competition when no one is expecting him and on-the top of that he used to pull off a win. That was the charisma of Dorian Yates.

Dorian Yates ruled the world of competitive bodybuilding between 1992 and 1997. He claimed the coveted Mr. Olympia title six times consecutively which makes him a prominent figure in the bodybuilding hall of fame. Dorian Yates was nothing less than an innovator in the world of bodybuilding. Along with focussing on aesthetics he also concentrated on putting on massive size. He can be claimed to be the father of the term “MASSTHETICS”. When Dorian Yates used to be on the stage, he looked nothing less than a mountain. He was aesthetic but also huge enough to make Mount Rushmore a bit envious.

Dorian Yates muscle building workouts were a lot different from traditional bodybuilding workouts. His workout program was inclined more towards high-intensity sessions rather than high volume sessions. What was the foundational structure of his workout plan and what was the training split that he followed? We will get through all these in the following sections.

Right from his early days in bodybuilding, Dorian Yates used to follow Mike Mentzer’s HIT training method. HIT stands for High-Intensity Training. This training method basically revolves around performing different exercises for each body part to maintain a very high level of intensity. Dorian Yates workout program was different from the high-volume bodybuilding workout program of various other lifters of his time.

You can imagine the levels of intensity in his workouts by the fact that excluding the warm-up sets, Dorian Yates used to do only 1 working set for all of the exercises till failure, and then he used to get through some forced reps to annihilate the muscles to such an extent which promotes growth. This kind of high-intensity training protocol was a prominent element that led Dorian Yates to win the reputed Mr. Olympia title for six consecutive years. 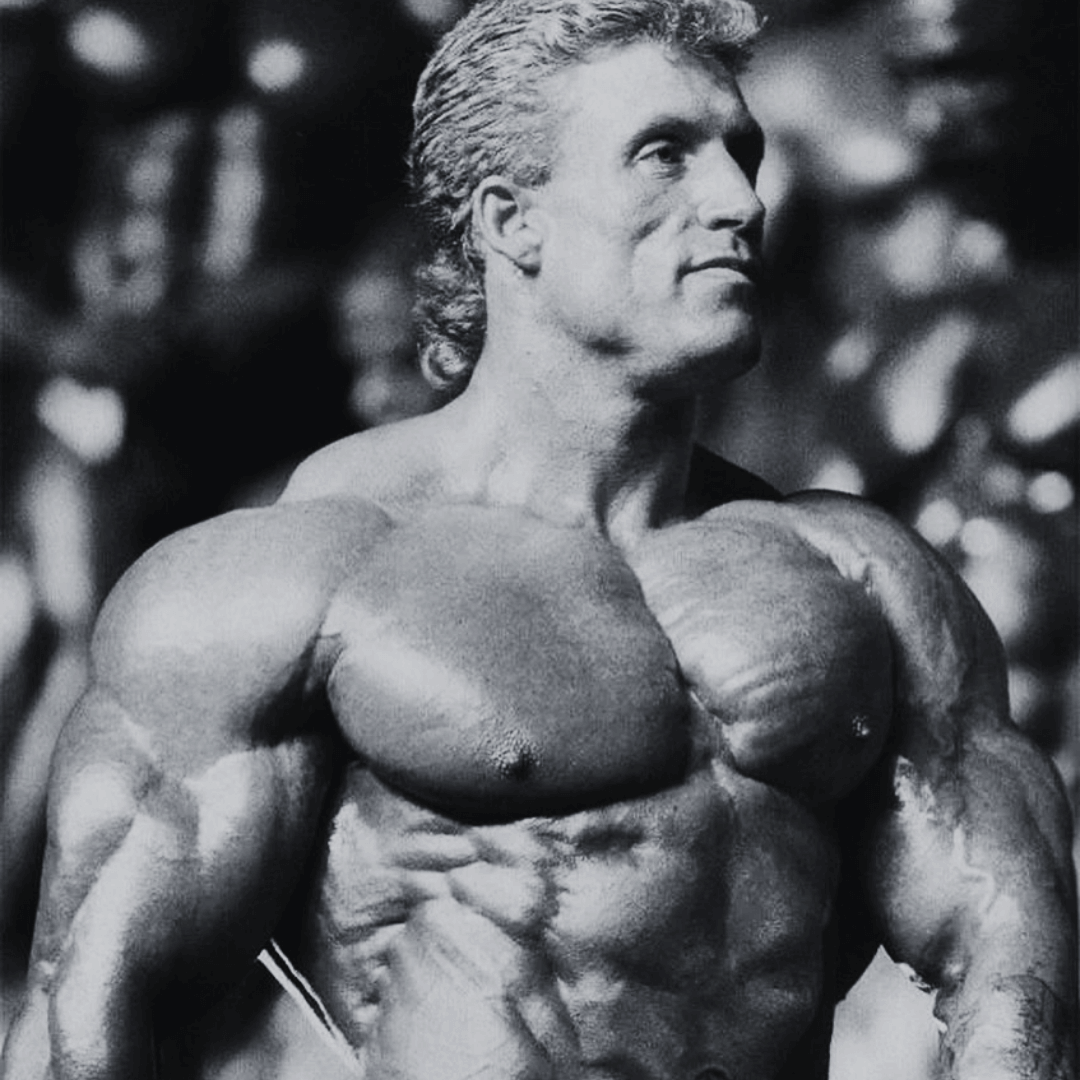 Dorian Yates typically used to follow a four days workout split. Along with the basic strength and hypertrophy training that targeted to improve his overall muscular size, there were also provisions reserved for cardio work. Yates preferred to perform his cardio sessions 2-3 times a week. His cardio sessions lasted for around 20-25 minutes on non-training days.

Because of the high-intensity nature of Dorian Yates workout routine, three rest days were included to ensure that proper recovery and recuperation takes place. Dorian Yates also preferred to get his cardio done on his rest days. Also, each muscle group except the abs was trained only once a week with a great level of intensity to promote hypertrophy and overall size gains.

We expect that this workout guide provided you with detailed and descriptive information about the training split and routines of Dorian Yates. Following this kind of advanced split may not confirm that you will definitely win six Mr. Olympia titles like Yates, but it will surely prepare your body well enough to get into the sport. If you are solely looking out to gain some substantial amount of muscle mass, then treat the Dorian Yates workout routine split as your Bible, and definitely, you will reap the gains beyond your expectations.