Dexter Jackson is undoubtedly one of the most celebrated names in the world of competitive bodybuilding. He was born on November 25, 1969. He won the most coveted Mr. Olympia title in the year 2008 after defeating Jay Cutler. His commendable winnings at the Arnold Classic, New Zealand Grand Prix, Australian Pro Grand Prix VIII, Russian Grand Prix, and many more renowned bodybuilding events earned him his nickname “the Blade”.

Talking about Dexter Jackson training style, Dexter likes to keep things simple irrespective of whether he is preparing for a bodybuilding contest or not. He also makes certain modifications and tweaks in his exercise routine to get the results he is pursuing for. In this workout guide, we will be presenting you with a descriptive rundown of the Dexter Jackson Workout Routine, that helped him in bringing an improved, enhanced, and eye-catching physique every single time he stepped on the stage. 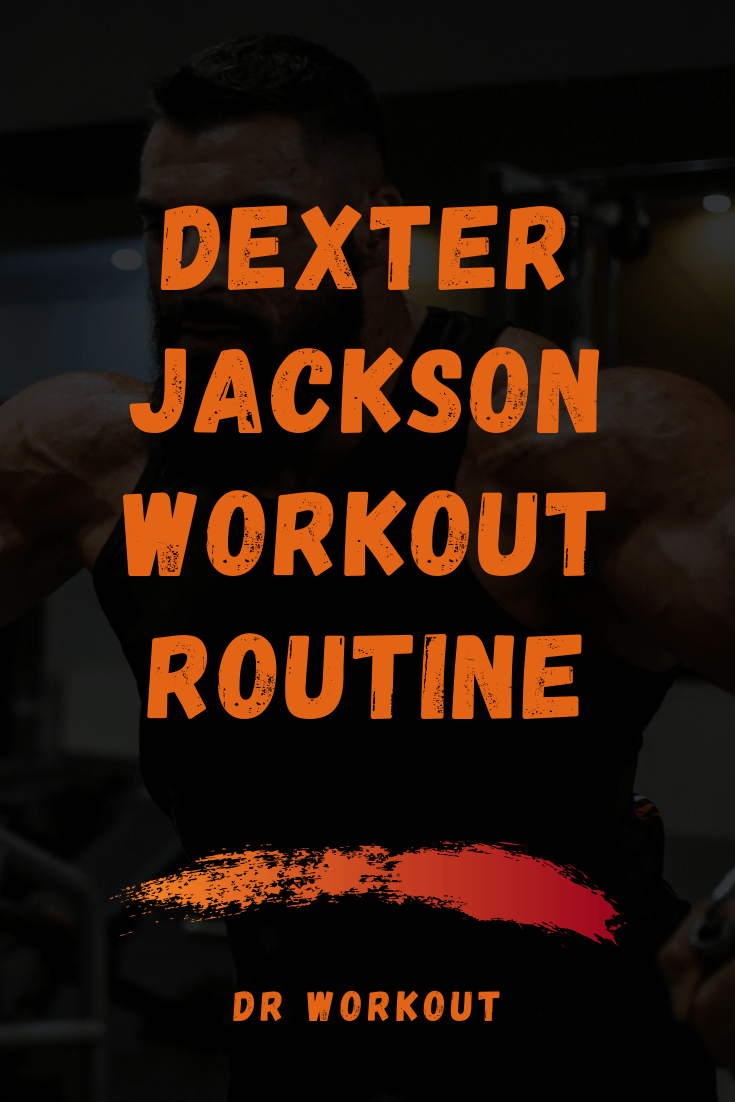 Dexter Jackson’s workout program comprises a four-day body part split. His workout plan is primarily focused on promoting hypertrophy that facilitates overall muscle growth. He does not train with excessively heavier weights as he is of the opinion that reps performed with moderate and lighter weights aid in establishing an overall better mind and muscle connection.

Dexter Jackson Workout routine involves performing 3-4 sets for each exercise. He also keeps on increasing the weight as he progresses with the sets. He includes 5 to 8 different exercises in each of his training sessions.

Dexter Jackson prefers to avoid unnecessary trauma in his training. He doesn’t perform the heavy compound movements that he used to perform in the initial phases of his career. Instead, he performs isolation and machine exercises. He claims that performing those exercises with good form and a challenging weight, works in the best way for him along with preventing the unnecessary trauma that his joints may face because of heavy compound lifts. Let’s have a look at his workout routine:-

The most unique thing about Dexter Jackson Workout Routine is that he does not include any direct trapezius work in his workout program. He claims that initially when he used to train his trapezius muscles by performing shrugs, his traps became so massive and muscular that they started to make his deltoids look smaller and narrower. Basically, his excessive trap development was compromising with his width. So he chose to stop training his trap muscles in a direct way.

Here are some other points that make Dexter Jackson training style different from that of his contemporaries:-

We are sure that this workout guide would have thrown sufficient light on the Dexter Jackson Workout Routine. We would also like to recommend that if you want to follow his workout routine, hire an experienced coach beforehand. Also, to get the best results, you need to be extremely disciplined and consistent, just like “the Blade”, with your daily workout program and diet plan and you can surely expect the results you are in pursuit of.