David Laid’s story is like that of a hero who fought all kinds of odds to emerge victoriously. At present, David is a bodybuilder, powerlifter, fitness model, social media influencer, and sponsored athlete. He sports a physique that inspires numerous people around the world to make fitness their lifestyle.

David Laid has indeed worked very hard to achieve the physique what he has today. This post is going to give you a detailed insight into David Laid’s workout routine. So if you are looking for his fitness routine, then you are at the right place. 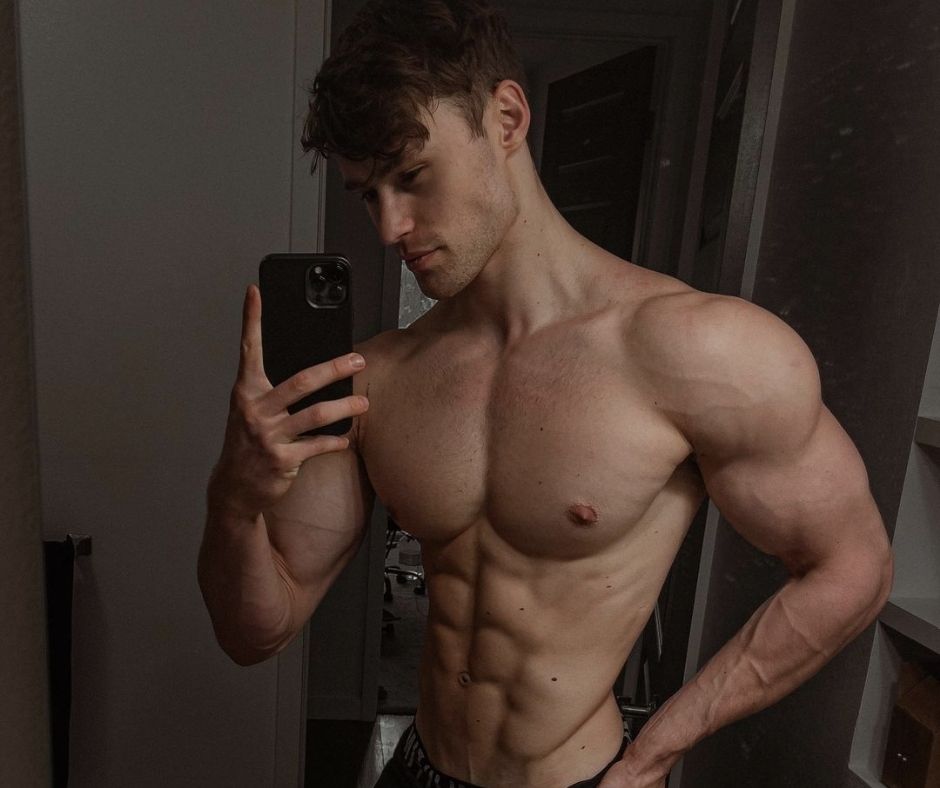 When David Laid had started his fitness journey, he had a skinny physique. So the main focus of his workout plan was to make him bigger, stronger, and muscular.

“I would watch YouTube fitness videos, eat, go to the gym, go home, watch more videos, go to bed, repeat. That’s all I would do. That and go to school.”

David Laid had become quite desperate to put on muscle mass on his lanky frame. For him, it was not only about sporting a muscular physique, but he also wanted to elevate his confidence levels.

David Laid’s well-structured training program aided him in earning the physique that inspired numerous people around the world to become the best version of themselves.

At present, David Laid has the physique that many of us aspire to have. But still, his passion for working out hasn’t subsided even a bit. He still trains intensely and at times even goes up to training six hours per day.

By following a bro-split kind of workout program, David Laid ensures that each muscle group is getting its fair share of training as well as rest. It also allows him to focus on a single muscle group in each of his training sessions and hit that muscle with great intensity.

David Laid’s workout routine for the week looks like this:-

David Laid’s workout routine prioritizes the basic compound lifts to a great extent. Squats, deadlifts, and bench press are some of the primary movements which are an important part of his exercise routine.

He usually prefers to train for 5-6 days a week hitting different muscle groups on different days.

David Laid’s training routine is not only confined to hypertrophy gains. To put on and maintain lean muscle mass on his frame, he also resorts to strength training. You can get an idea about his strength levels from the fact that he has been able to deadlift 600 pounds.

He even claims that just by sticking towards practicing, perfecting, and getting stronger on the basic exercises, one can make substantial strength and muscle gains.

So that was all about David Laid’s workout plan. If you also want to follow his workout routine, we would recommend you to do so under the supervision of an experienced coach or trainer.

You must also ensure not to overperform it. Just be consistent with it and the results will surely be as per your expectations.