David Goggins is the modern-day ‘ultrahuman’. His body is capable of doing stuff that most of us can only dream about. He is strong, muscular, lean, athletic, and fast.

Apart from being an ultramarathon runner, ultra-distance cyclist, and a well-known triathlete, David Goggins is also an author and motivational speaker.

From performing 4030 pull-ups in 17 hours (setting up the Guinness World Record) to completing Navy SEAL training, David Goggins‘s list of achievements is so long that it would require a separate post altogether to mention all of them.

In this post, we will let you know about the grinding that he puts his body through to perform like a superhuman. Here we will be giving you a detailed insight into David Goggins’s workout routine. So without further ado, let’s proceed. 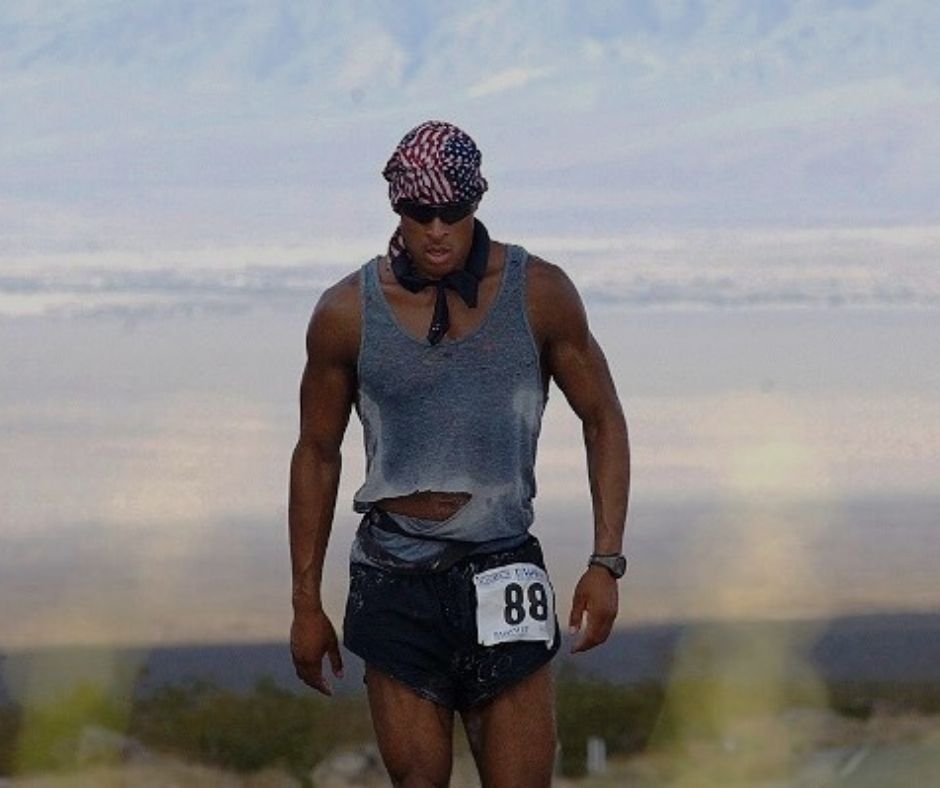 After finishing his run, he takes a shower and then bikes 25 miles to work and 25 miles back home again.

Goggins also goes for a 4-5 mile run during his lunch break.

David Goggins’s workout routine demands both physical as well as mental toughness. In a literal sense, he eats, sleeps, trains, and repeats. His daily routine is pretty hectic, but Goggins follows it religiously to challenge the limits of both his mental and physical toughness. 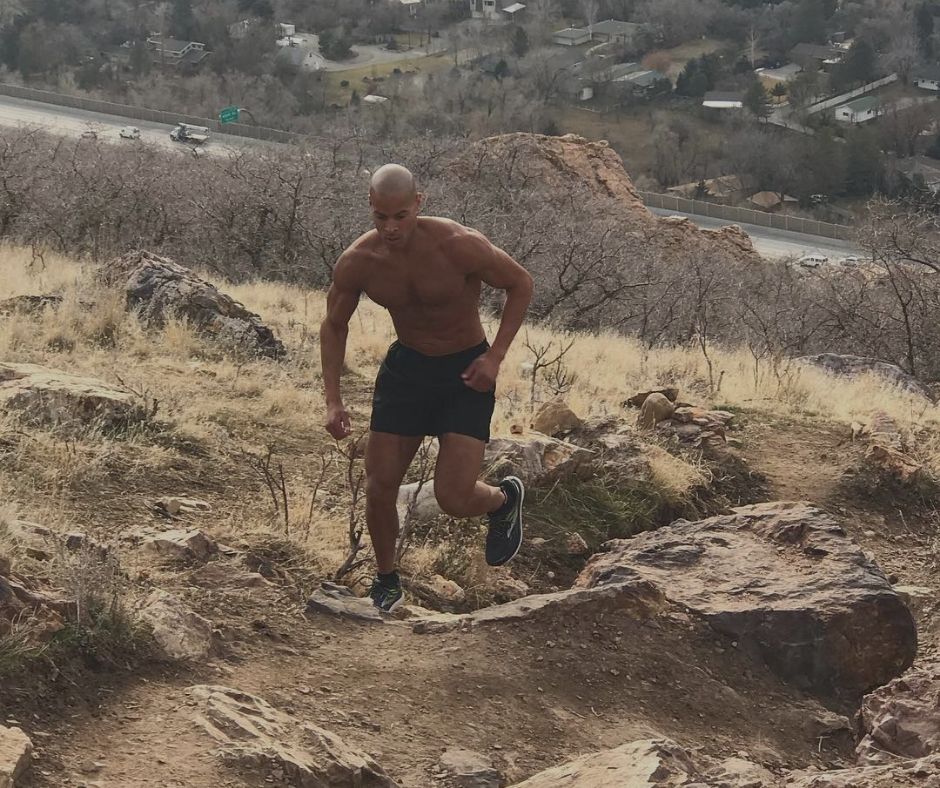 David Goggins’s workout routine tends to work on different aspects of his physique. It includes exercises that work on improving his stamina, strength, flexibility, endurance, and overall athleticism.

David Goggins‘s training routine can be further segmented into the following:-

David Goggins knows well that a firm and strong core can aid a lot in enhancing one’s endurance levels. A strong core also contributes a lot to improve the balance and stability of your torso.

David Goggins’s cardio training routine primarily consists of running and biking. Being a triathlete, his intense cardio exercise routine provides his body with the conditioning it needs to perform in the most optimum manner.

David Goggins has a lean and muscular physique. To work on building his muscular strength and size, Goggins follows a well-structured weight training program.

David Goggins weight trains for about 1½ hours every day with his wife. He hits each of his muscle groups once a week. He lifts heavy weights several times a week to maintain his muscle mass and to work on enhancing his muscular strength.

David Goggins always makes sure to go through his weight training sessions only after going through a proper warm-up routine. This eliminates the chances of any kind of injury that may arise out of lifting heavyweights.

Once his workout is done, Goggins follows a cool-down routine to relax his muscles.

David Goggins has a very hectic daily schedule. At times when he is traveling to different parts of the world, he relies on following a full-body workout routine. He performs it in his hotel room.

If the hotel in which David Goggins is staying has a gym, he adds up the following exercises to his full-body workout program.

We would recommend you not to copy David Goggins’s workout plan blindly. You must first identify your goals and understand your body type. Expert supervision is crucial in those matters.