Dave Bautista, aka Batista, is a mixed martial arts fighter and an actor. He gained worldwide attention from the fans of Marvel Cinematic Universe after portraying the role of ‘Drax the Destroyer‘ in Avengers: Infinity War and Avengers: Endgame. His role demanded him to be shirtless most of the time. Hence, he had to build up a physique that matches the muscularity and athleticism of his other co-actors, including Chris Hemsworth, Chadwick Boseman, Chris Evans, and many others. After all, when you are playing the role of a superhero, who is on a mission to save the world from Thanos, it becomes imperative that you look like one.

Being a former bodybuilder and WWE superstar, Dave Bautista already had a great degree of muscle maturity. He was big, strong, and athletic. The way he used to ‘spinebust’ some of the big dudes in the ring talks a lot about his monstrous strength and athleticism. But all these were not enough. To look like a superhero, he needed to tone his gigantic physique. Under the supervision of Joe Bennett, he trained and gradually earned the physique that made many people, and fitness freaks search about Dave Bautista’s workout routine.

If you have also been one of those, then you are in the right place. This celebrity workout guide is going to elucidate about the workout program that Dave Bautista followed to become ‘Drax the Destroyer’. Let’s get through it. 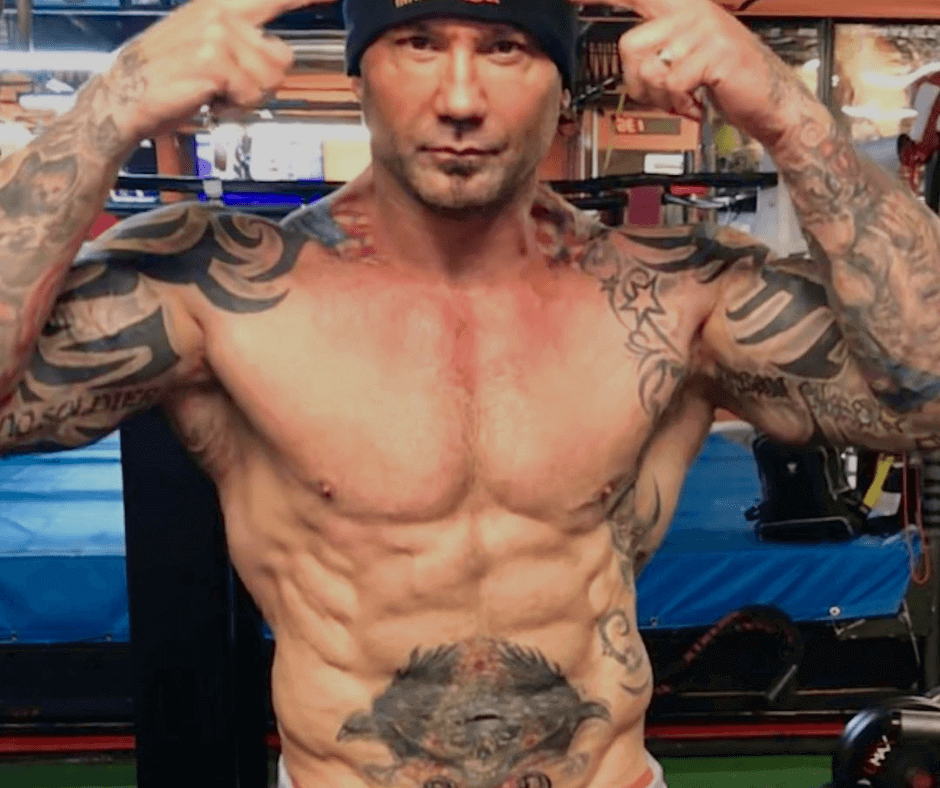 The overall workout program of Dave Bautista falls under the category of advanced-level workout program. It was targeted to promote lean muscle gains along with working on his athleticism. The set/rep scheme of Batista’s workout routine stayed in the ideal range of promoting hypertrophy.

The role of ‘Drax the Destroyer’ demanded Batista to look like a superhero. Hence, Dave Bautista’s workout program was targeted to make him look lean and muscular, not just big. The training program he followed for his role provided him with a broader back, more rounded muscles, a tapered waist, and well-developed thighs. He claimed that his exercise routine followed a real bodybuilding style, but at the same time, he didn’t use super heavyweights. His trainer Joe Bennett described his workout split as something “in-between” the conventional bodybuilder split and athlete split.

Dave Bautista’s trainer made the use of slow and controlled tempos in exercise movements to make Batista’s workout more challenging. It also provided him with a better mind-muscle connection. To amp up the level of difficulty, directional changes were utilized. All these techniques helped Bautista in achieving muscularity, conditioning, and an overall aesthetic physique. 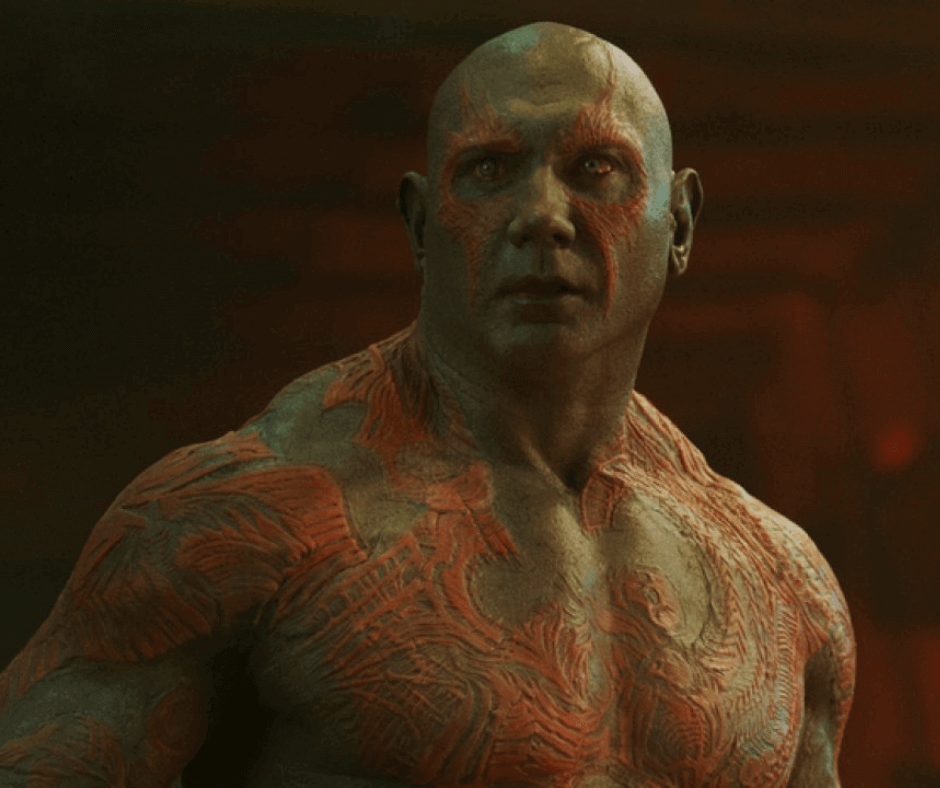 To prepare his physique for portraying the role of ‘Drax the Destroyer’ in Guardians of the Galaxy, Dave Bautista used PPL split to hit his entire body in 3 days. He made sure to make proper provisions for rest and recovery to maximize his overall gains.

The weight training part of Batista’s workout routine was fast and intense. He performed it for a high number of repetitions.

Dave Bautista’s trainer, Joe Bennett, claims that he goes through 5-8 minutes of warm-up/activation period before jumping into the grueling workouts. It aids in preparing his muscles for the intense workouts, along with minimizing probable chances of injury. He further adds that for every single exercise, Bautista prefers performing some warm-up sets. Bautista’s recovery and healing determine the number of sets he will perform for any given exercise. He takes a rest of 30-120 seconds in between the sets. His rest interval is also dependent on the exercises that he is performing in his exercise routine.

When it comes to Batista’s workouts, he always makes sure to not over-perform any of them. He doesn’t prefer to lift super heavyweights in his training program. This provides his muscles with adequate resistance to promote hypertrophy. It also ensures that his body gets sufficient time to recuperate and recover.

Along with following a strict workout routine, Dave Bautista consumes a high protein, low carb diet. It helps in keeping his body lean and muscular. He also recommends that one must train under an experienced trainer to get the desired results and that too, without running the risks of injuries. This also helps an individual to execute any exercise with perfect form and technique.

The overall physique of Dave Bautista exudes strength, muscularity, and athleticism. To achieve that kind of physique, consistency and commitment become non-negotiable. You also need to train under an experienced coach to achieve such type of results.

Diet also plays a crucial part in acquiring a physique like that of Dave Bautista. An ideal diet for achieving such a body would be having a greater proportion of proteins to support lean muscle gains.

We expect that you would have gotten adequate information about Batista’s workout plan. Following it with consistency and dedication will surely provide you with a muscular, athletic, and toned physique just like his.