Charlie Hunnam is a British actor who garnered massive attention from his fans around the globe for portraying roles like King Arthur and Jax Teller in Sons of Anarchy. People were not only fascinated with the ease with which he played those roles but they also admired the physique that he sported which made those characters more realistic.

If you are reading this, then too want to get a physique like that of Charlie Hunnam. Isn’t it? Well, this post is going to serve you in your best interests. Here, we will be discussing Charlie Hunnam’s workout routine that keeps him in such an awesome shape all the time. 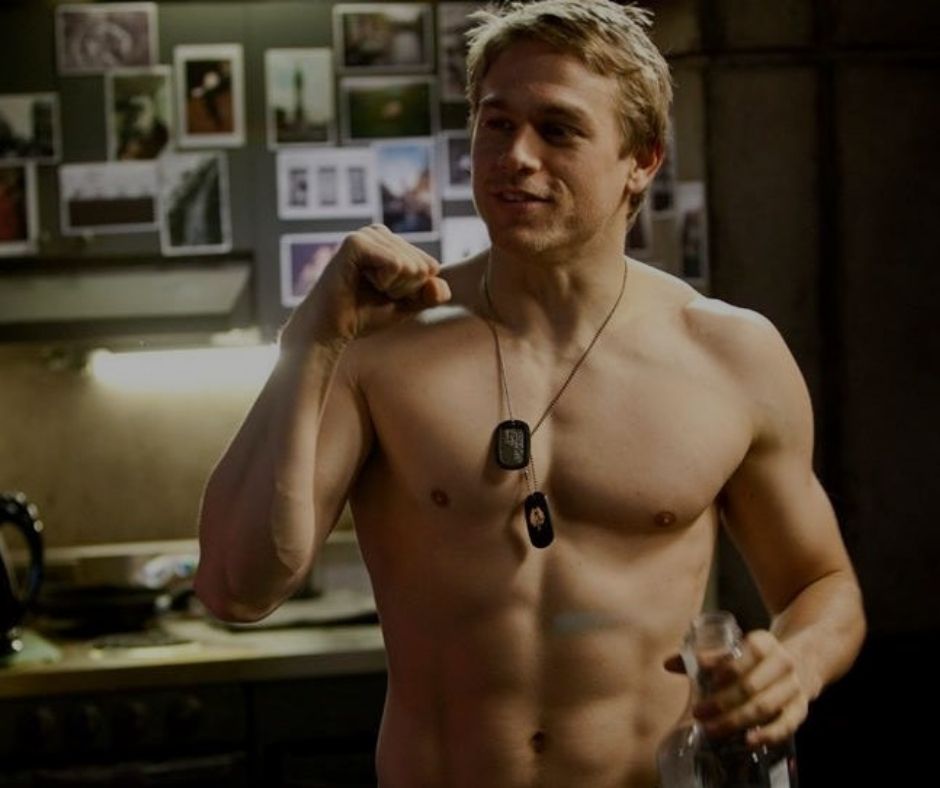 Charlie Hunnam’s workout routine is simple but it is not at all easy. When he was prepping up to portray King Arthur on screen, he put on 20 pounds of lean muscle mass on his frame. For that purpose, Charlie had to dedicate numerous hours in the gym focussing on strenuous workouts.

Charlie Hunnam’s training routine includes various bodyweight movements that are performed for a higher number of repetitions. His training program comprises movements that target both bigger and smaller muscle groups. His exercise routine not only targeted towards building strength and muscles. Rather it also focuses on promoting greater flexibility and endurance.

When Hunnam was preparing to portray King Arthur on-screen, he was still following his trademark workout program which consists of performing numerous push-ups, pull-ups, dips, and bodyweight squats.

To bring complete justice to his character, Hunnam also incorporated jiu-jitsu, sword fighting, and boxing into his workout program. After all, a king needs to be in top shape along with possessing some fighting skills.

“I didn’t want to be swollen up, I wanted to be really, really ripped and have very little body fat.”

It wouldn’t be an exaggeration to say that Hunnam didn’t just play the part of King Arthur, he lived it.

When it comes to Charlie Hunnam’s workout routine, it can be considered one of its kind. The most surprising aspect of his workout routine is that Charlie doesn’t use a trainer. The workout routine that he follows is designed all by himself that caters to his individual requirements and fitness goals.

Another unique thing about Charlie Hunnam’s workout routine is that if you want to follow it, it won’t require you to necessarily take the local gym membership. You can perform this exercise routine even in a park that has pull-up bars or monkey bars and parallel bars.

Charlie Hunnam’s workout routine prioritizes bodyweight movements. Those movements not only provide you with great functional strength but also target your core and make it more firm. And as Charlie Hunnam says,

“Chase your endorphins, respect your core and eat right.”

Training the core muscles is a crucial part of Charlie Dunham’s workout program. He dedicates 20 minutes to training his core muscles 3-4 times a week. He incorporates 20 different ab exercises to hit his core adequately from all angles.

The following table will present before you a detailed insight into Charlie Hunnam’s workout routine. Let’s go through it.

So if you are also planning to get a physique like that of King Arthur, now you have a detailed workout plan for it. Charlie Hunnam’s workout plan looks pretty simple to follow. But the most challenging part about his workout plan is to follow it with consistency.

If you are an absolute newbie when it comes to training, work your way up slowly. Don’t try to overdo anything in the expectation of making overnight gains. Enjoy the process and go with the flow. The consistency of your efforts will surely get you the results you are looking for.