There was a biopic based on Joe Weider’s life and achievements named “Bigger”, that was released a few years back. If you have watched that biopic you would have surely been mesmerized by the person who portrayed Arnold Schwarzenegger. He was none other than Calum Von Moger. His massive musculature that resembles that of Arnold has made him win many bodybuilding championships along with nicknaming him as “Arnold 2.0”. This workout guide is going to provide you with a detailed overview of Calum Von Moger Workout Routine.

The massively muscular and symmetrical physique of Calum Von Moger that you see today is a result of his dedication towards his workouts and diet. He did not achieve his massive physique overnight. Earlier he was a skinny kid who used to get inspired by his elder brother who was big and strong. This further motivated him to befriend the rusty old dumbbells and barbells that were in his empty warehouse.

Calum Von Moger’s penchant towards lifting weights further provided him with a physique that was so strong and muscular that it even exceeded his own expectations. His supremely massive physique further earned him the alias “Arnold 2.0”. 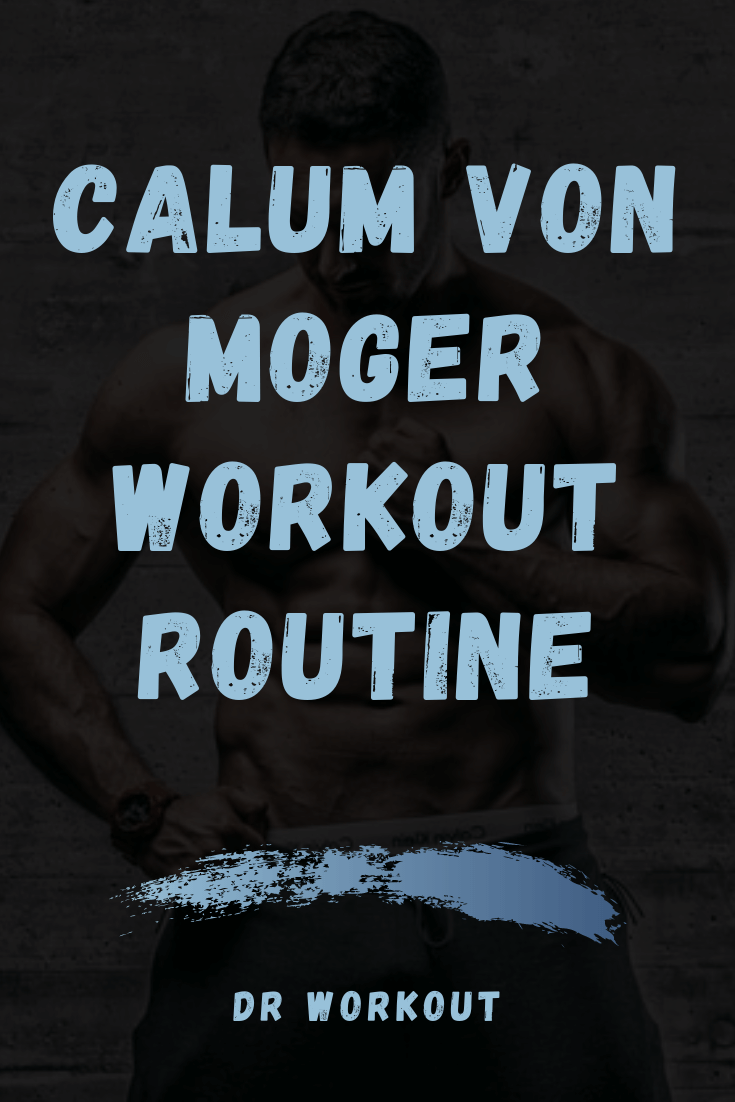 When Calum Von Moger had started training, he preferred lifting heavy weights, especially on compound movements. He also made sure that the weights should not be too heavy that they start compromising with his form. In his earlier years of training, Calum Von Moger went through a Power Building kind of approach. His earlier years of heavy lifting gave him a dense muscle mass which provided him with the raw material to build a classic physique.

Presently, Calum Von Moger performs the workouts that are performed in an old-school style. To maintain his muscle mass, he still trains with heavier weights for a moderate number of reps. The exercises that he performs for his bigger muscle groups are usually compound movements. The basic compound lifts aid Calum in putting on sizable muscle mass on his tall frame.

Calum Von Moger follows his workout routine for 5 days. The underlying principle of his strenuous daily routine is progressive resistance training that is based on linear periodization.

He trains 5 days a week. Each of his workouts consists of two hours of weight training. To fuel his physique adequately, he eats roughly after every two hours. This makes sure that his physique is maintaining a caloric surplus.

Calum Von Moger basically prefers to train by instincts. He doesn’t copy the workout routines of other lifters, instead, he programs his workouts in a way that suits his individual requirements.

Here are some other important features of Calum Von Moger’s workout routine:-

Calum Von Moger falls in the category of advanced and elite lifters who have substantial experience of lifting heavier weights. If you are an absolute beginner, don’t even think about copying his workout routine blindly. It will easily wear you out in no time leaving you frustrated and unmotivated.

Before you attempt to follow Calum Von Moger’s Workout Routine, it is imperative that your lifting form and technique is absolutely perfect. This will ensure that you don’t run any chances of probable injury. You will also have to focus on your diet while following his workout program. Calum eats like a beast, maintaining a caloric surplus, to counter his fast metabolism. The bottom line is that you need to be patient and consistent to see the results you are expecting. Calum Von Moger’s favorite quote teaches you the same thing. It says:-

“Just like the oak sleeps in the acorn and the eagle waits in the egg, every great achievement started with a dream or thought.”