Bodybuilding is a sport that people often overlook. While global competitions laud football and cricket players, the top bodybuilders in India don’t receive the same reception.

Their ability, however, exceeds even the most decorated athletes in the country. India is blessed with a set of world-class weight-lifters and bodybuilders, and it’s high time that we recognize it.

Bodybuilding is one of the most demanding sports in the world. It requires constant dedication.

During this period, professional athletes try to make their muscles appear fuller by maximizing the glycogen content in muscles, preventing bloating through dehydration, and following a strict diet that sometimes consists of only lean protein for weeks.

And even after years of faultless dedication, nobody would recognize the best bodybuilders in India. But now, it’s time to remove the shroud of obscurity and laud our heroes for what they have achieved. 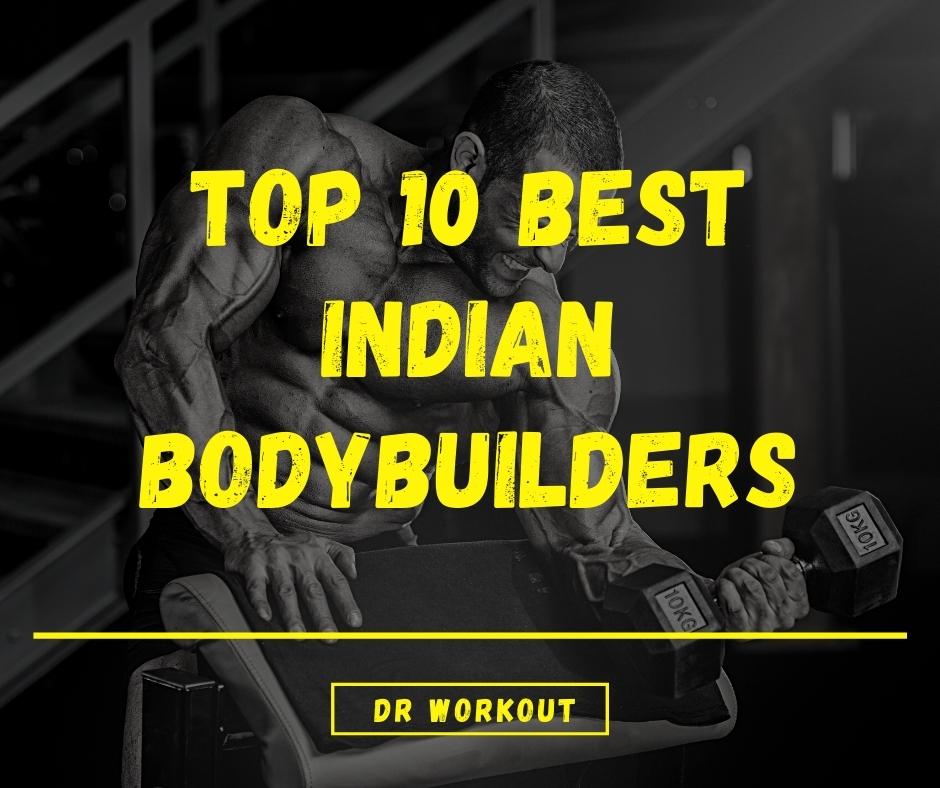 India has its fair share of gems in the bodybuilding category. But their names do not resonate with the same pride as the names of the country’s famous cricketers and actors.

It’s high time that we start putting some respect in the names of these well-trained athletes. 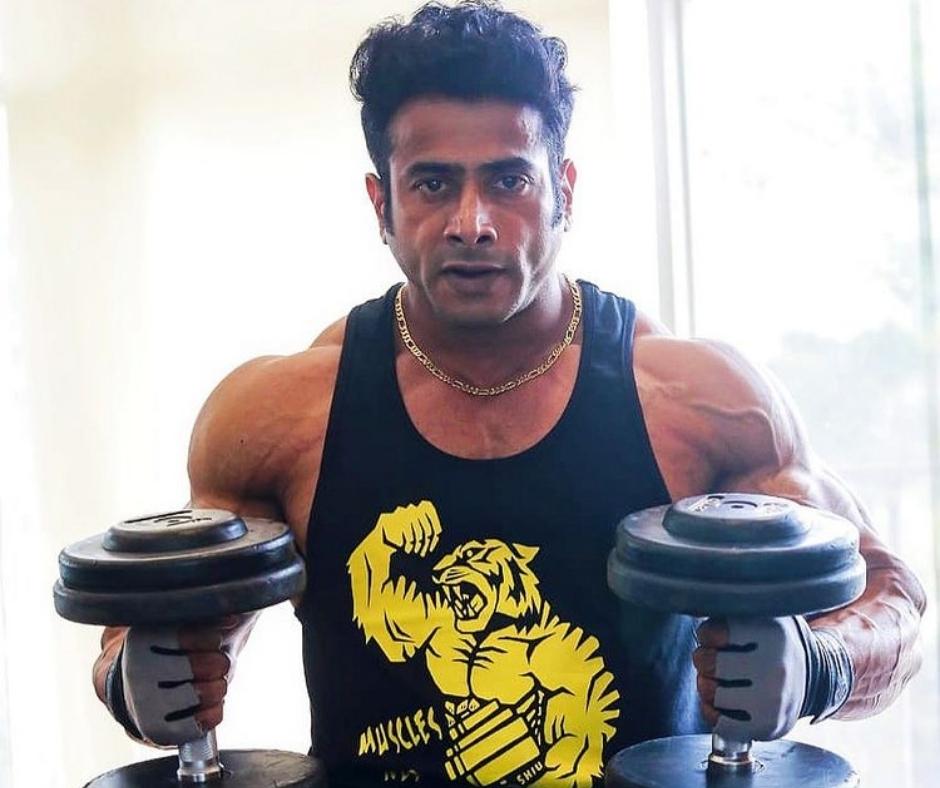 For some people, bodybuilding is a tradition that they need to carry forward. Suhas was one of those, getting the bodybuilding gene from his family. The veteran athlete was born in Kolhapur, Maharashtra, and impressed the whole world with his talents.

He successfully clinched the Mr. India title 10 times in his entire career, having previously won Mr. Maharashtra 8 times. He also set a record for the history books when he won the Mr. Asia title in 2010, becoming the first Indian to do so. 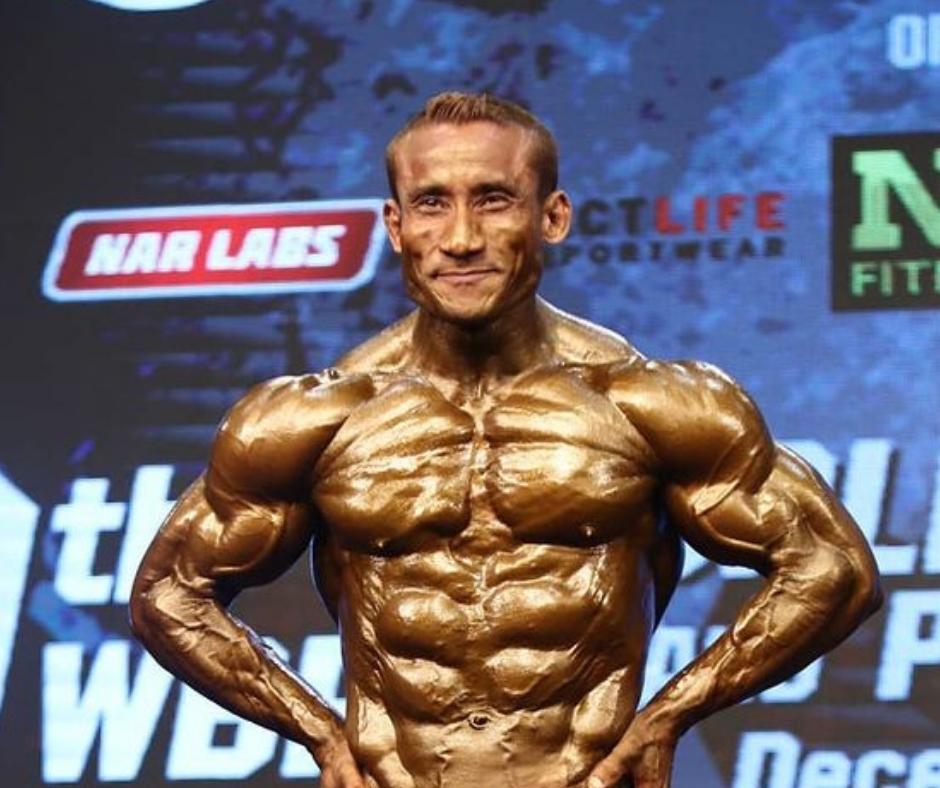 Arambam Boby is a fitness sensation who continues to impress at the ripe age of 47 with his highly-refined regime and training techniques. The athlete hails from Manipur and bagged a total of 12 Mr. India titles, an unbelievable figure.

It seemed almost unlikely that another athlete would become the pride of Manipur after Mary Kom, but that’s what Boby did. His trophy cabinet is full of personal accolades and titles that he garnered from different events and competitions.

His first venture into the bodybuilding campaign came in 1995. Since then, he has not looked back and is still going strong in 2022. Competing at the highest level of the 75 kg category, Boby defines the famous phrase – “age is just a number.” 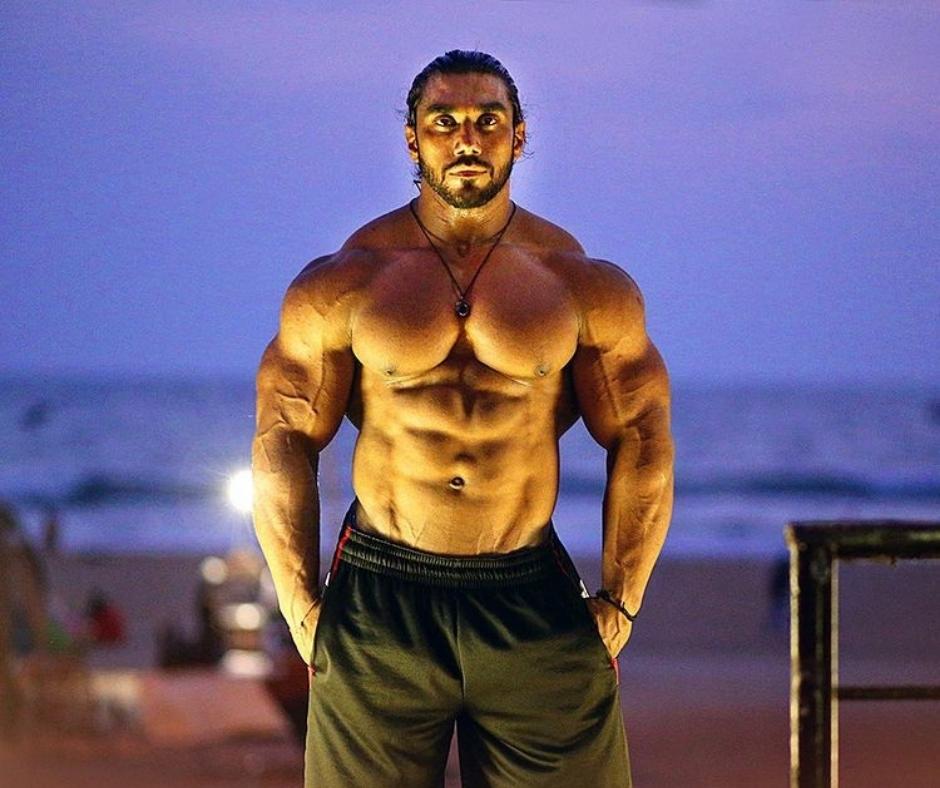 If bodybuilding were an art, Sangram would be the Picasso of the sport. He was initially an electrical engineer before he ventured into professional bodybuilding. From there on, he didn’t look back.

Born in Maharashtra, the acclaimed athlete deservedly gained a lot of fame in the industry. Just like his counterpart in Suhas Khamkar, Sangram was born in Kolhapur.

He also won the Mr. Maharashtra title, gaining the accommodate a total of 3 times in his career. Moreover, he also dominated for nearly half a decade, having won the Mr. India title six consecutive times between 2010 and 2015.

But by far, his most notable achievement is his victory on the global stage, having won the Mr. World title in 2012 and 2014. He also conquered the universe in 2012 by putting the Mr. Universe title in his trophy cabinet.

The veteran bodybuilder still leads a fitness-filled lifestyle, running his own gym in Pune. 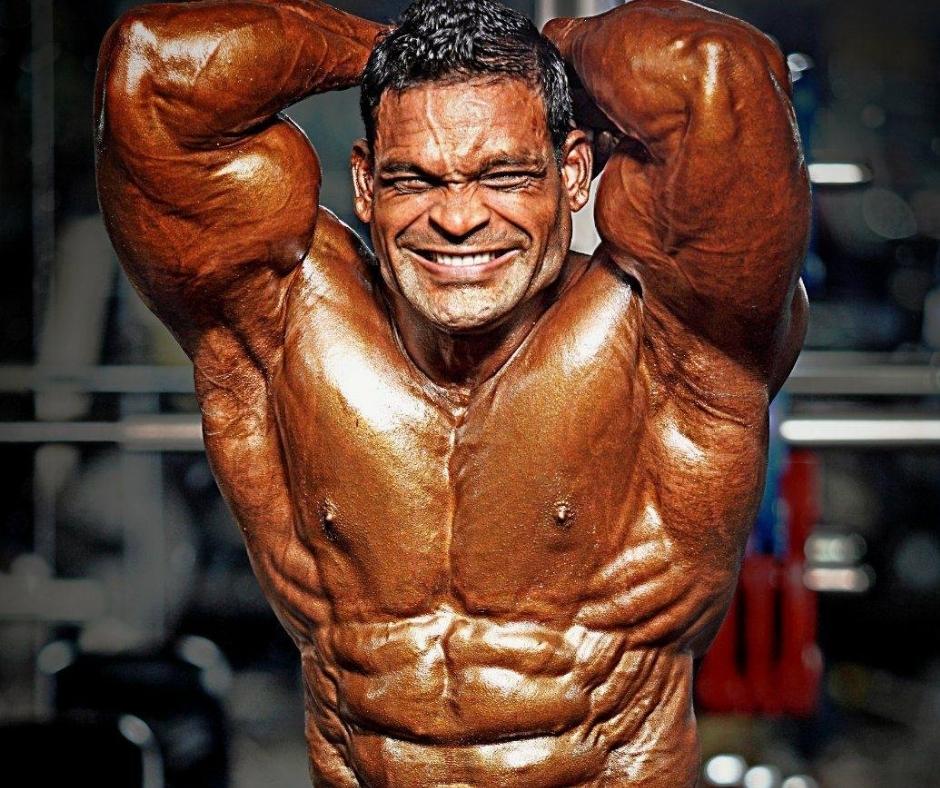 Rajendra Mani initially served as an officer in the Indian Air Force for 15 long years. Now, he is one of the most popular athletes in India. He first sought to become an Indian bodybuilder after ending his service with the Air Force. Since then, it’s been a long and fruitful journey.

Rajendra is a respected veteran in the field of bodybuilding. His list of personal accolades, as well as the titles and competitions he won, is endless. The trophy cabinet of the legend is equally legendary.

Among his most noteworthy achievements is winning Mr. India 14 times in his long career and becoming the World Champion on 3 different occasions. He also marked his status in the continent by becoming the three-time winner of Mr. Asia.

In 2019, Rajendra participated in the World Bodybuilding Championship in the 90-kilogram category. In this event, he furthered his legacy by winning the gold medal. 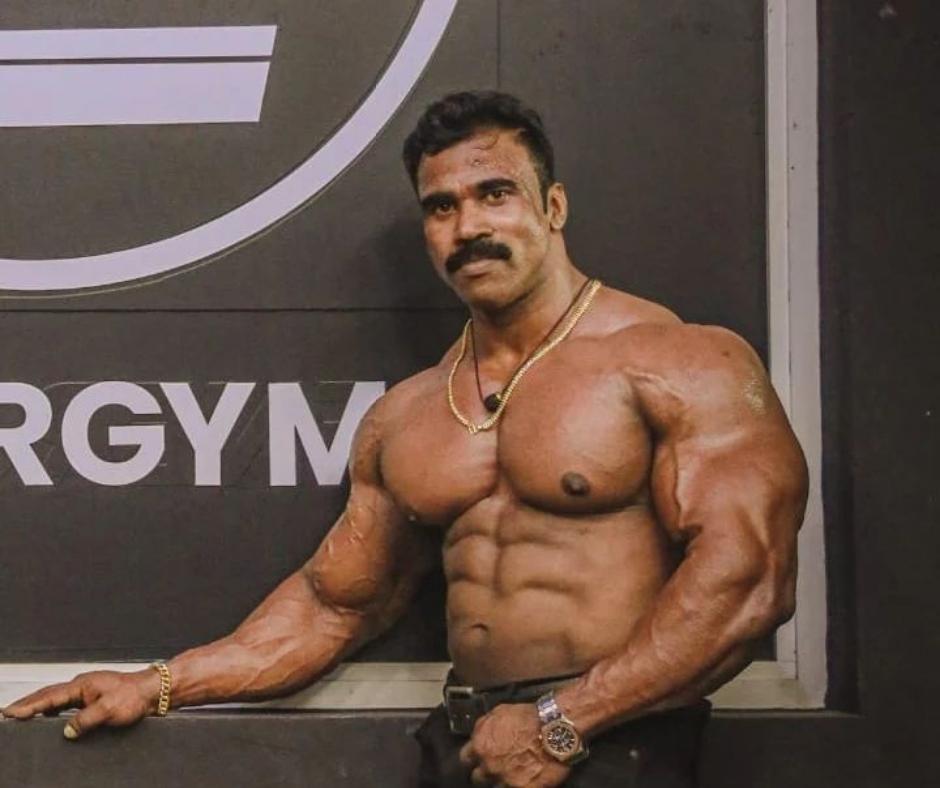 Murli Kumar became an icon in Indian bodybuilding history. He never had the faintest of ideas that he would one day get into the fitness career path and make bodybuilding his profession.

He originally started off as a sailor in the Indian navy. His weightlifting journey started relatively later for a professional bodybuilder when he was a grown man of 25.

Now, nearly a decade or so later, Murli Kumar stands tall as one of the most acclaimed and lauded professional athletes in the country. Because he was one of the people’s champions, some fans even crown him as India’s number-one bodybuilder, praise that not many athletes receive. 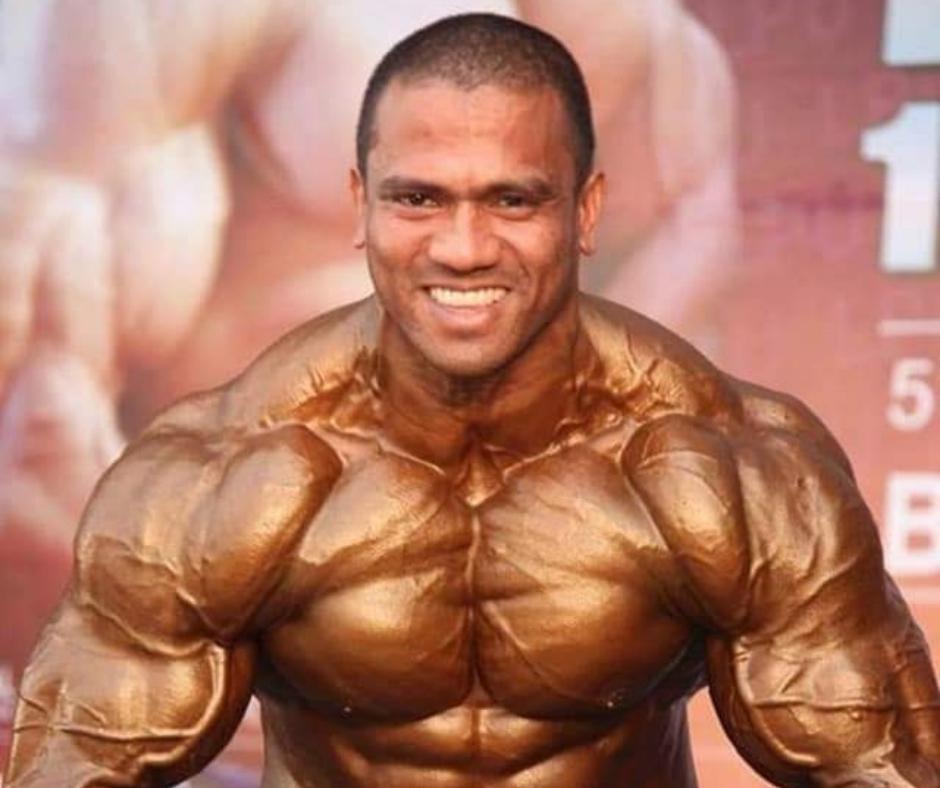 Among the most famous bodybuilders in India is the pride of Haridwar, the Indian Arnold Schwarzenegger. The relatively younger bodybuilder is renowned for his full muscles and intimidating stature.

But his body is a sharp contrast to his personality. A fun, jovial, smiley athlete, Amit won the Mr. India title in 2016 in the 100 kg category. While still pursuing bodybuilding, he also serves as a constable as part of the Uttarakhand Police Department. 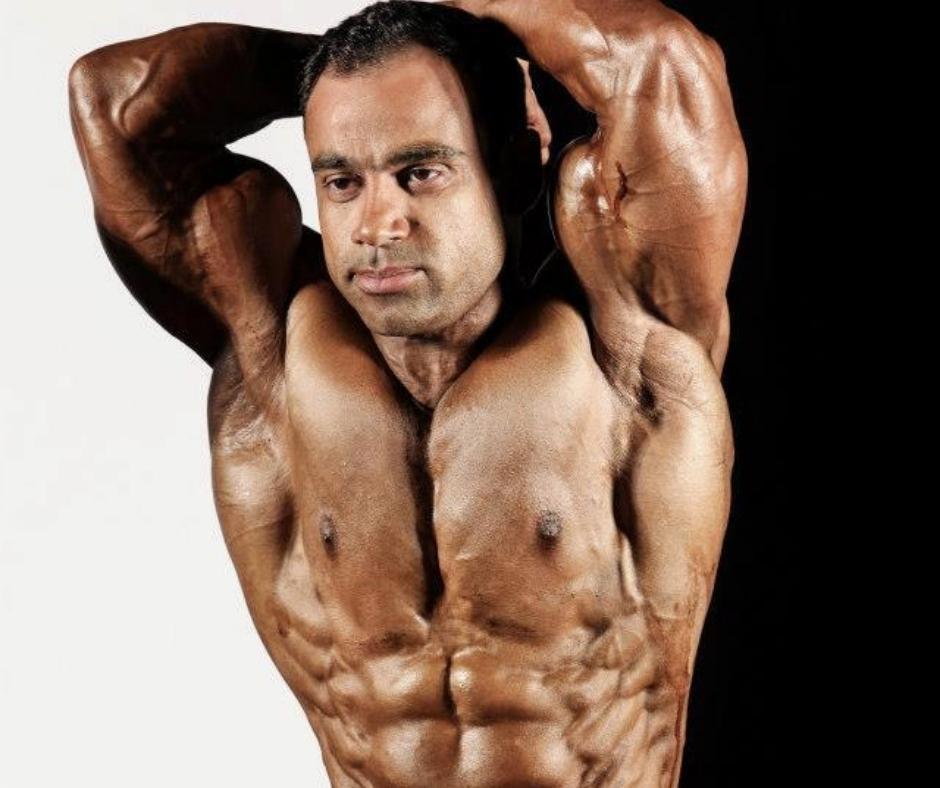 Hira Lal was born in 1977, and led an illustrious career in the bodybuilding industry. He took inspiration from bodybuilding models like Bihari Lal and Arnold Schwarzenegger.

Born and brought up in Kapurthala, Punjab, Hira Lal molded himself to lead a fitness-filled lifestyle. He took guidance from Dr. Randhir Hastir and won several accolades throughout his career.

His most prominent achievements include lifting the 65th World Body Building Championship held in Mumbai. After 23 years of training and preparation, he finally won the Gold Medal for his country. 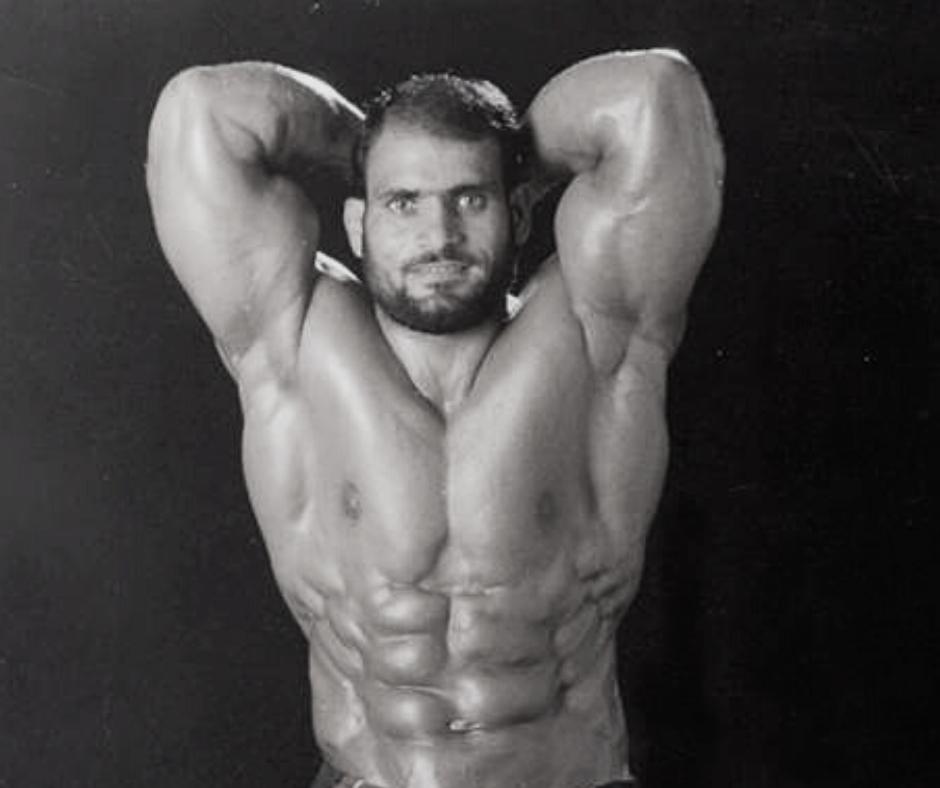 Premchand Degra is a leading veteran bodybuilder in India, the first to garner the title – “Arnold Schwarzenegger of India.”

Over his long and fruitful career, he made quite a big name for himself, winning several national and international accolades. Known for his full muscles and stout height, he dominated the 80 kg category for years. He was awarded the Padma Shri and the Arjuna Award by the Government of India.

The IFBB professional athlete won the World Amateur Bodybuilding Championship in 1988, kickstarting his career to the next level. In 2003, he was also lauded for his illustrious career with the coveted “Achievement Medal” presented by IFBB.

As of now, Degra leads a quiet life in Punjab, away from the bodybuilding industry. He still shows a fitness-filled lifestyle, training young enthusiasts at his gym. 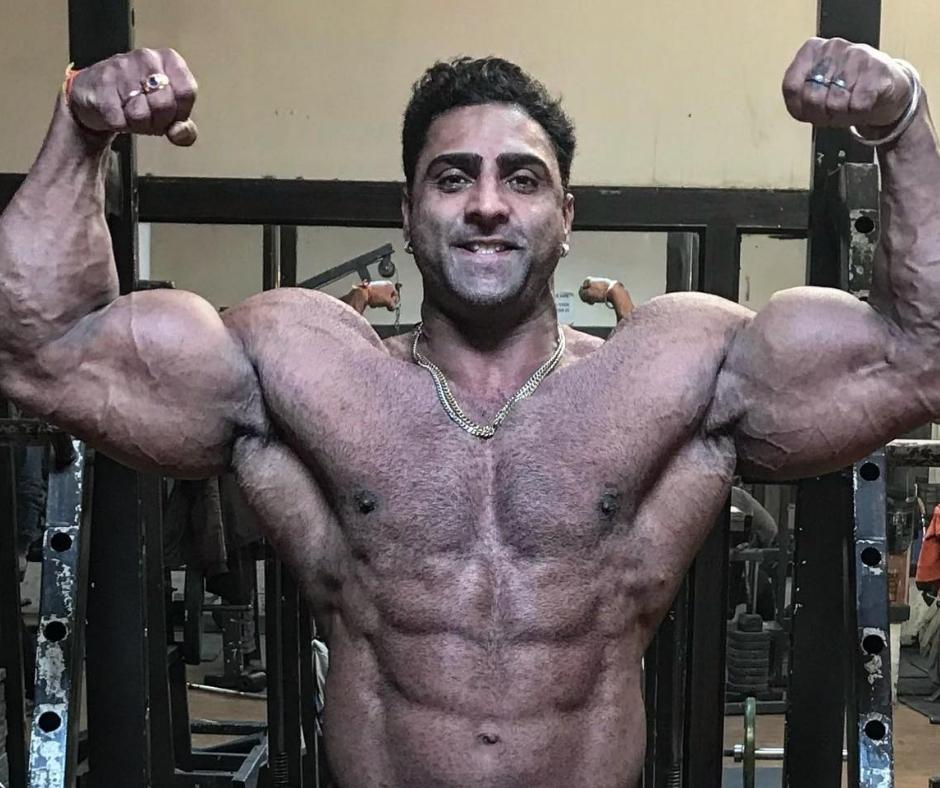 Varinder Singh Ghuman is one of India’s most popular professional bodybuilders. Standing at a colossal height, he defines what many would call “peak” performance. The bodybuilding legend was born and brought up in Punjab.

Varinder brought about a significant revolution in the Indian bodybuilding industry. He became the first Asian globally recognized as a “Pro Super.”

Varinder follows a strictly vegetarian diet and uses healthy techniques to grow his muscles without causing overload or injuries. 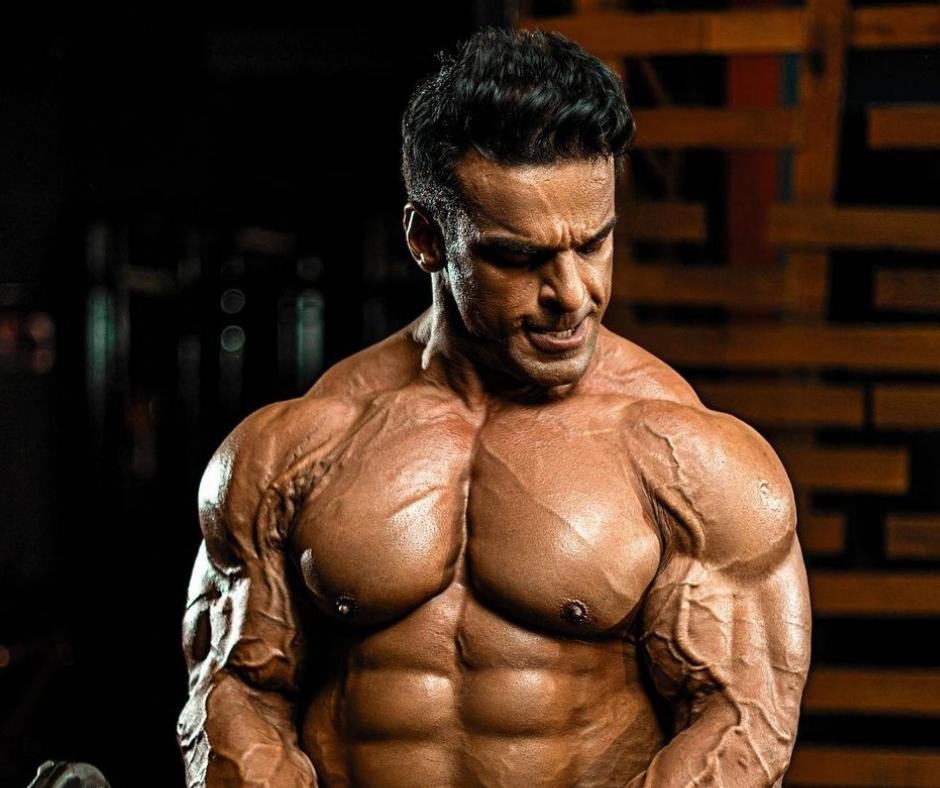 Yatinder Singh is an inspirational Indian bodybuilder from Meerut, Uttar Pradesh. He started his career in 2001 and won several accolades to add to his trophy cabinet.

A year later, in 2002, he garnered his first trophy after winning the championship. He then participated in and won several competitions in India and on the global stage.

Yatinder wanted to participate in the 2005 rendition of Mr. Asia, for which he started training vigorously. Unfortunately, he suffered a significant injury while preparing for this title. While working out, he injured his lower back, causing damage to several nerves.

Consequently, Yatinder’s right hand and leg got slightly paralyzed, about 30 percent, to be more exact. Bedridden for months, it seemed like his bodybuilding career was finally over.

However, he returned to the big stage in 2008. He started working out more carefully, studying various techniques that he could use to train without overloading his muscles. He started his title-winning streak again in 2010 after finally relapsing on his healthy habits.

Who is the No. 1 Bodybuilder in India?

There is a lot of debate on who is India’s number one bodybuilder. While people have differing opinions, many experts consent that Suhas Khamkar is currently the number 1 Indian bodybuilder.

Suhas’s achievements and illustrious career make him the top-most professional in the country right now. He was born in Kolhapur, Maharashtra, on 9 August 1980, amid a family of fitness enthusiasts.

Suhas’s most outstanding achievement is also one of his recent ventures in the bodybuilding industry. He won the Champion of Champions title in 2018. His achievements for his country and himself are incomparable.

Due to his fame, rewards, and career, he has amassed an impressive net worth of around $1 million – $ 5 million. Mainly, his source of income is his primary bodybuilding profession and money earned from endorsements.

Who is the Strongest Bodybuilder in India?

Sangram Chougule is the strongest bodybuilder in India. Standing at a towering height of 5’8’’ and having a total body weight of 110 kilograms, Sangram has made quite a name for himself in the bodybuilding industry.

Currently, he’s only 43 years old and highly regarded as the most muscular, active bodybuilder in India. His body is pure muscle mass. He has recorded a chest size of 50 inches – an awe-inspiring achievement. He also boasts a relatively slimmer waist of 34 inches, indicating his low-fat percentage. His biceps are a whopping 24 inches, enough to lift the heaviest weights at the gym.

The Pune-based bodybuilder inspires all young fitness enthusiasts who wish to bulk up and lead a health-centric lifestyle. He started as an electrical engineer and is currently running a gym under his name, apart from being professionally invested in bodybuilding.

Has Any Indian Won Mr. Olympia?

While many Indians have won the Mr. Olympia Amateur title, neither of them has accumulated the coveted Mr. Olympia title.

Mr. Olympia is perhaps the most coveted title in the world of professional bodybuilding. The trophy is handed out to laud the winner of the international men’s bodybuilding competition hosted by the esteemed International Federation of Bodybuilding & Fitness (IFBB).

The first edition of Mr. Olympia was held in 1965. The Brooklyn Academy of Music in New York City became the first venue to host the prestigious event. Larry Scott, a United States bodybuilder, won the first two titles.

Many people believe India’s inability to produce a Mr. Olympia relates to the fact that the country’s exceptionally talented bodybuilders do not possess the aesthetic element required to compete against Western athletes.

Who is the King of Bodybuilding in India?

Murli Kumar, a veteran bodybuilder in India, is the industry’s undisputed king. While his achievements might not be as glorified as some of the athletes today, he still serves as an inspiration to all young bodybuilders today.

He started his journey with no intention of becoming a professional bodybuilder. But once he ventured into the industry, he didn’t look back. He won the prestigious Mr. Servicese title a whopping 10 times.

He also became Mr. India 9 times throughout his career. His trophy cabinet is jam-packed with personal accolades, medals, and trophies for the country.

Which State Has More Bodybuilders in India?

While Punjab is the fitness capital of India, Delhi is easily the country’s muscle capital. Most bodybuilders who represent India at the highest level are from Delhi.

To name a few of the most prominent Delhi-based bodybuilders, the likes of Wasim Khan and Ankur Sharma represent India’s mettle in the world of bodybuilders and heavyweights.

Who is the Indian Hulk?

Rajendra Mani, one of the best bodybuilders in India, is nicknamed the Indian Hulk because of his huge physique and massive muscles.

His body weight is mostly muscle mass, as evidenced by his rippling biceps, chest, thighs, and abdomen.

There are several top bodybuilders in India who represent the country at the highest level. Many of them have won and excelled at coveted international competitions.

However, they don’t get the coverage that they deserve. It’s time that we change the focused attention on commercial sports like Cricket and Football and also pay attention to our bodybuilding heroes.